Hobbit: "I joined this team because ANGE1 is in it"

After HellRaisers qualified for the playoffs at SuperNova CS:GO Malta, we sat down with Abay "⁠Hobbit⁠" Khasenov and talked about what went on since his departure from Gambit was announced.

In Hobbit's debut LAN for HellRaisers, the international team managed to advance to the playoffs with two wins, over Gambit and TYLOO. Hobbit is adapting to bondik's roles, as well as English communication

In our interview, the Kazakhstani player talked about the decision to leave his former team, what attracted him to HellRaisers and his rough start to the event in Malta.

From the point that Gambit announced that you were transfer listed, what were you up to? You still played from Gambit for some time and then went to look other options, what was that like?

First of all, I want to say that it was both mine and the organization's decision. We already talked to each other and we decided that I should change something in my life. Of course, I'm happy that I'm in HellRaisers because I had a dream to play in an international team. HellRaisers is a good team and I knew all of the players and I like them. In the end, my goal is to win everything, and these guys really want to win and they are doing a lot and practicing a lot to do so. That is what I needed.

You said that you knew the guys and all of that, but how did you decide to join HellRaisers? Did you approach them, did they approach you, how did all of that happen?

When ANGE1 saw the official announcement about me being benched he wrote to me and I told him that I need to think about it. But I made the decision to play for them very quickly, to be honest, and that is it.

That is the most important thing, I joined this team because ANGE1 is in it. We had a lot of problems in Gambit when Zeus left and we didn't have an IGL. In CIS we have only two IGLs who have already played on the tier 1 level and have experience in Majors, ANGE1 and Zeus. So Natus Vincere are doing very well and they are not going to change anything, and HellRaisers wanted to change so I joined them.

Except that, it is obviously a big change for you because it is an international team. You can speak to ANGE1 and Johnta in Russian but most of the communication is still in English. So how has that been working out for you?

My English is... I think it will be much better, but now I have some problems with information, with calls, language overall. I need some time, but I think I will do better and everything will be ok.

It is not like I was bored in Gambit, but every day was the same and I needed something new. So I came here and I have a different role than I had in Gambit. It is a new adventure
Abay "⁠Hobbit⁠" Khasenov

What about the roles? When bondik was in the team, I think he was unhappy with where he was playing. Did you take over his roles and how did you fit into them?

Exactly, I'm playing in bondik's roles and it is something new for me. And it is very interesting because, it is not like I was bored in Gambit, but every day was the same and I needed something new. So I came here and I have a different role than I had in Gambit. It is a new adventure.

You are through to the playoffs after the first day, how are you feeling about it? When you started playing here, the first game, in the first ten rounds you had one kill I think, so that wasn't the greatest start, but at the end of the day it is pretty good?

That was really funny, but to be honest, it was very hard. I was stressed maybe, because I am playing versus my old teammates, and it is my first game on LAN with an international team. And of course, I need to talk with my teammates in English, a lot of things happened that made it hard. meisterCD
NaVi messed up not signing Hobbit. They need more firepower because Edward is a bot like 80% of the time and Flamie is inconsistent as fuck. Just imagine they dropped Deadbot and not Bondik... this team would have potential for top 7
2018-11-30 00:07
6 replies
#55
coldzera |

MetalFace
When you make this type of comment what are you actually thinking? Na'vi are literally perfect the way they are, they exceeded everyones expectations this year, they might not have the consistency of a team like Liquid, but they actually won some events this year... A team who started the year off almost getting regulated from pro league. Adding random skilled players doesn't always work, look at gambot added mir got worse even though mir is insane one of the best aimers in the CIS. Look at HR they are pretty stagnant in their results, pretty average team that has insane fire power. Na'vi are already a top 2-3 team, I don't know why you want a change? Removing edward for another skilled player is enough for them to beat Astralis? The only player in this entire world who I think Na'vi could get to actually have a chance at beating Astralis is Guardian and it will never happen, Guardian main awp and s1mple pure rifles their t side would be explosive, s1mple can awp in 2nd awp set up on ct and they just destroy but that will never happen nothing they add or remove this lineup will make them top 1 over Astralis.
2018-11-30 05:10
1 reply
#94
nafany |

MetalFace
Lol what loser, I just joined this team cause Na'vi are not interested. Anyway good luck to them pure pug team but they are fun to watch for sure I guess ange1 is just playing to their strength can't blame the guy honestly. Good luck HR don't become the next Gambot.
2018-11-30 04:57
3 replies
#72

ultnie
As I probably already told you in some thread long ago(you are a pretty famous ANGE1 hater, you know that? Why? Because he couple of times said something that was not praise about Zeus?). He's like a second step for young players to become best in CIS. First is B1ad3, last one is Zeus with exception of electronic, he skipped the 2nd step. He gave S1mple a chance when he was still banned on ESL and many considered him a cheater, after playing with him flamie was signed for Na'Vi. Damn, a freaking mousesports took STYKO(that's probably thanks to LMBT, but still) and Oscar, before HR they were literally nonamers in CSGO(as far as I know, oscar was playing 1.6 before, so CSGO is important here). ISSA, if look how he played when he first joined, you can see that his movement and decision making was very bad(probably because of the level of Arab CS in general, where he was already considered very good player). So yeah, part of IGL job is to help talents to become better, and he's doing that part like nobody else in CIS(B1ad3 as well, but his fragging mostly was very poor, and if what I heard is true, he demands full control in a team). But if we look only at the big wins, then yeah, he lacks that and he understands that(there was an interview where he said that he never win anything big, depends, actually, his team broke 87-0 from NiP and won the first BO7 in the game).
2018-11-30 15:09
2 replies
#124

ultnie
Depends, as I said, it's part of the job of IGL, at least this is how I see it. He's not one of those world-class IGLs, there's like 3-5 of that kind, Zeus is one of that kind(G1aive, Zeus, Fallen to name a few) and it changes over time, at some point pronax, Happy and Ex6TenZ were one of them. Zeus is awesome because he stands at the top as IGL for so long, but at the most important matches his main team chokes(Wouldn't consider Gambit as his main team), maybe it's just nerves for Na'Vi players because of tag history of major finals. But then they should find a psychologist if IGL and coach can't help them with that(when in game part of the IGL job as well is to keep morale high if there's no always positive guy on a team). Edit: but ANGE1 still delivers some fight to t1 teams from time to time with various teams, so maybe if his teams weren't falling apart at some point, who knows where he could or couldn't be.
2018-11-30 15:41
#112 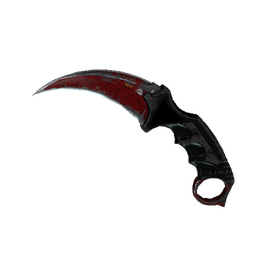