In the match between Sharks and North, the former squad got off to a flying start on their map pick, Mirage. With Raphael "⁠exit⁠" Lacerda leading the way with 20 kills, the Brazilians had a stunning CT side, with their opponents enduring a half to forget as they could not win more than two rounds.

North found a lifeline in the second half, winning their CT pistol and the subsequent anti-eco, but Sharks quickly wrapped things up with a crushing 16-4 scoreline. Next up was North's map pick, Inferno, where the Danes started off on the right foot, losing just the first gun round to go up 3-1. Still, Sharks were able to respond in convincing fashion and kept denying their opponents' strategies to eventually pick up another dominant half-time lead, 10-5.

Nicklas "⁠gade⁠" Gade opened up the action in the second half with a quad-kill, helping his team win their CT pistol. After building up their economy, Sharks completetly shut down North to hit 13 rounds. Then, North looked set to win their eighth round, but exit pulled off a great 1v3 clutch, inspiring his team to seal the deal at 16-7.

Starting out as CTs on their map pick, Cache, ORDER bagged the first two rounds of the match to take control of proceedings, but Ghost responded well, stringing three rounds together to turn the score around.

Even though ORDER then won two more rounds to make it 4-3, Ghost were far too hot for them to handle, constantly shutting down the Australians to take the lead in the series with a 16-5 victory.

Train, Ghost's map pick, kicked off with ORDER securing a 2-0 lead as CTs before their opponents went on to the driving seat with a four-round winning streak. Although Joshua "⁠steel⁠" Nissan's men did not let ORDER follow up on any round win from that moment, the Australians still managed to win the final two rounds of the half to reduce the deficit to 7-8. Ghost live to fight another day at the EPL Finals

After winning their third pistol of the series, ORDER looked a livelier side in the second half, racking up five more rounds to take a 13-8 lead. With Kenneth "⁠koosta⁠" Suen stepping up to the plate with a quad-kill, Ghost were finally able to win their first round as CTs, which they followed up with three more to bring the gap to a sole round.

ORDER still won their 14th round, but as Ghost immediately countered them with a triple-kill from Yassine "⁠Subroza⁠" Taoufik, the Canadians remained calm and collected to finish things off. Vikingchild
What the? Is Sharks just the unexpected underdog performing way better than expected or did North just not play at all the last few months? I mean, wow!
2018-12-05 14:01
2 replies
#47

POIZONZILLA
Well this was bound to happen. They get Cadian on the team, a not very good IGL and a terrible awper compared to his opponents. Then you add aizy who does sick rounds once or twice a game, when he is feeling it. The rest of the time he is a bot. Also Kjaerbye who have played at a top level for years, and still are not able to not panicspray when he gets rushed. That B site on inferno with aizy and Kjaerbye was doomed.
2018-12-05 14:07
#39

GARD91
Valde deserves to go to some consistent, good team at least.. Atm that's probably an international team, as I guess Heroic is the only "stable" Danish tier 1-2 squad not named Astralis. Or a new squad! Valde refrezh Bubski GODHUNDEN NaToSaphiX
2018-12-05 17:36
#163
fl0m |

GARD91
Valde deserves to go to some consistent, good team at least.. Atm that's probably an international team, as I guess Heroic is the only "stable" Danish tier 1-2 squad not named Astralis. Or a new squad! Valde refrezh Bubski GODHUNDEN NaToSaphiX
2018-12-05 17:36
1 reply
#194

cybeRh
what a incredible game by Sharks, nak igling and coachi coaching with that monster riflers like leo_drunky and exitR they can be a top 20 team in 6 months if they continue to appear on those kind of tournaments
2018-12-05 14:08
#74

JuanFurtunato
north is that team that only wins Dreamhack tournament and in others it always loses hahaha
2018-12-05 14:20
#108 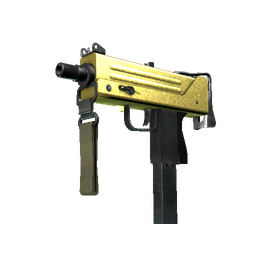