FalleN: "News? Probably only next year"

We sat down with Gabriel "⁠FalleN⁠" Toledo after MIBR's opening match at BLAST Pro Series Lisbon to ask him about the recent rumours surrounding the team, attending the Portuguese event with a stand-in and his goals for 2019.

With day one of BLAST Pro Series already behind us, MIBR are sitting in third place in the round-robin stage, bouncing back from a 14-16 defeat to Cloud9 in their opening match with a comprehensive 16-6 victory over NIP. After the game against the North American side, we had a quick chat with FalleN in the mixed zone to discuss the decision to field Braxton "⁠swag⁠" Pierce as a stand-in for Fernando "⁠fer⁠" Alvarenga, the reports linking Jake "⁠Stewie2K⁠" Yip and Tarik "⁠tarik⁠" Celik with the exit door in the team, and his goals for 2019 after a rollercoaster of a year.

Why did you decide to pick swag for this event to replace fer and not a Brazilian player, for example?

We picked him because he speaks English, we all know him and he is not tied to any contract, so inviting him did not require much bureaucracy. It was also because he is a great player, we really like him and he played well.

He is a different player than fer. What kind of positions is he taking? How did you decide what he is doing in the server?

We have adapted some things, including now on Mirage, a map we will be playing a lot in this tournament. We have changed some things, putting Stewie where he likes to play the most, he usually plays on the A site. swag is a very complete player, he plays with every weapon, including the AWP, so he can really pull things off with any weapon.

What can you say about the situation that the team is currently going through? When can we expect some news?

For now, there is no news. Probably only next year. We are still discussing this with the players, looking at our options, but nothing is certain. There is nothing to say yet.

We will try to do a better job than this year. If possible, we want to do as well as we did in the past, when we were the best team in the world. But we have a long road ahead of us. We will have to continue to improve and to play better every time.

MindGames90
Name one significant thing Faze has done since ever. Always bringing star players and still a inconsistent team. The MiBR core won everything in the last 3 years.
2018-12-15 01:11
8 replies
#100

tentoesdown
They lost bo3 grand final against fucking MSL too, so what? I was obviously not talking about the irrelevant ones. Damn Hitler was right all along
2018-12-15 02:53
4 replies
#158

supostatekx
Take Niko and some universal rifler, would be fun to watch - don’t rollback on Portuguese, this will annigilate all of your efforts of making ENG speakers team. Home many time and efforts and money were invested? Don’t go back! Just change the subjects - st2k and Tarik were definitely NOT the best options for sure.
2018-12-15 00:59
5 replies
#77

Mentecapto
"Probably only next year". Then I thought fallen must be joking. Then I fucking realize we are in December already. Holy fucking shit. Suddenly I'm stunned on how time went flying. I'm getting old pretty fast, pretty fucking fast.
2018-12-15 01:07
#85

NeymarJunior
Yes, but it was also when they used to be inconsistent af Felps & fer on the same team doesn’t work unfortunately :’( But he has a bright future, we hope to see him in the 2nd best br team. He’s the best br player besides the mibr trio, so he definetly deserves better
2018-12-15 13:37
2 replies
#232
blameF |

NeymarJunior
Yeah, but I wouldn’t be that excited because we already have seen this lineup. Id like to see felps stick with kng and chelo but bringing a good igl + a decent role player like nekiz. I think it would be better for him, but you know, money is in LG’s side
2018-12-15 14:58
#88

woxic_is_not_toxic_lul
Why do Brazillian want TACO back after they swear him? tarik and Stewie2k must be part of MiBR, so bad decision to disband the team before a major
2018-12-15 11:44
#228 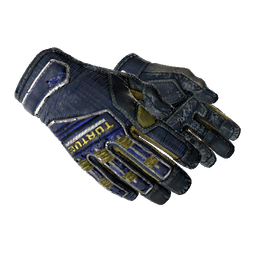