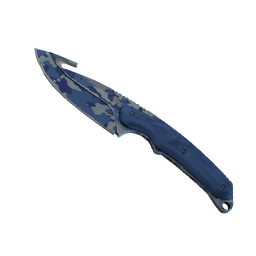 Anthony "⁠vanity⁠" Malaspina and Victor "⁠food⁠" Wong have joined forces with Swole Patrol, the players have announced on Twitter.

The North American duo switch teams after less than two months with Singularity, who announced in October the decision to expand to North America with the signing of the Gorilla Gang roster.

During their short period under the Denmark-based organisation, vanity and food attended a number of offline events, most notably helping the team to win WESG USA over Swole Patrol and to a third-place finish at ESL Pro League relegation stage, averaging a 1.05 and a 1.18 rating, respectively. Swole Patrol, who booked a spot in the next edition of the ESL Pro League after winning the ESEA MDL S29 Finals, are yet to make an announcement regarding their full line-up for the new tournament season, with a recent report from VPEsports.com having linked Ryan "⁠freakazoid⁠" Abadir with a move to Ghost as a replacement for Yassine "⁠Subroza⁠" Taoufik.

With these additions, Swole Patrol currently have: SmokaDaWeEDs
Your bait is weak just like your mind. I can always tell the newbies to the cs scene. Watch some games play some games and maybe you will learn something. It’s ok we all have to start some where. You’ll get there
2019-01-02 15:37
4 replies
#150

SmokaDaWeEDs
They have had good results what are u smoking? And there u go get the tier right. They have roster changes because they are unfunded and other members had a chance to get paid. If you know so much about cs I’d think ud at least know this much
2019-01-02 16:18
#22
YEKINDAR |

stotte
SNG would have been pro league next move up season because of no competition and imo, they would have a MUCH better first EPL season than Swole will. We'll see what happens with Swole, maybe they'll get a good org and a coach, managers and the stuff needed to really take their game to the next level, but I don't have high hopes. It's a better long term thing imo to stick with SNG
2019-01-02 19:21
#35
GeT_RiGhT |

johnmalkovich123
All these dorks on here have no clue. Vanity and food are rising talents and great pickups. Much better move than grabbing some washed tier 2 ex-pros. This cycle of hltv shitting on anyone they deem unknown then calling them a god once "analysts" decide they're good is so tiresome.
2019-01-02 12:19
3 replies
#76

stotte
Pretty much. Everyone wants the whole world to keep picking up EU talents and not focusing on their own talents just because EU is the best. They don't know that NA will be far weaker with good EU players than if they train and prepare young NA players, and frankly they dont care, because they have no attachment to NA. They just want to see their favorite EU talent on LAN
2019-01-02 19:20
#56
NickelBack |

stotte
I'm guessing this is the whole "eU fPl iS bEtTeR tHaN nA fPl" even though EU players seem to still struggle plenty against NA MDL players in FPL. EU FPL is more competitive but the whole thing of because NA is less competitive, its going to produce less or not as quality talents has been pretty shot so far
2019-01-02 19:18
#67

Bernie_Sanders
Im not saying its a bad team, remember Vanity and Food were a part of the second best MDL team, I just think food who is literally an FPL meme is now playing in ESL Pro League
2019-01-02 13:00
1 reply
#138
swag |

Bernie_Sanders
Well Cooper left because he got a bigger opportunity to join eUnited and seeing as he has no contractual obligations towards an organization that can't pay a salary, he's not exactly bound to that team. Same thing goes for Zellsis, who got a huge opportunity with Cloud9. Literally nothing can tell this team to stick together. The players all know they made pro league and can be on salaried teams now, but certain players got offers to other established pro league teams so it makes sense thst they want to move on.
2019-01-02 13:03
5 replies
#99
Lekr0 |

Xradas185
personally, the US scene is horrendous to follow there's always loads of changes resulting in bad chemistry. Like they done f'in well and then they just wanna throw it, and go to a team like C9 that fell apart after losing pretty much there best two players (and skadoodle, he left CS so I'm not counting that) and just for a higher pay grade to ruin your reputation coz, adding these other players isn't going to make them great or C9 great at all ( please prove me wrong!!! ) I don't feel good about any of it. just my opinion on this, like they talk about being the best but I don't see it at all. They just want to wear a logo of a popular name and not actually be the best, like Astralis and that's why they are top 1
2019-01-02 13:25
4 replies
#101
soviet |

Bernie_Sanders
No dude, thats a thing of the past. Back in 2015/2016 yes even at the top of the NA scene a lot of people were just paycheck collectors, but look at what the Liquid players have been trying since late 2017 and all of 2018. Look at what Cloud9 did late 2017 and early 2018. Right now C9 just doesnt have much options to make a top team. Tarik and Stew left the team by their own choice, Skadoodle didnt have the motivatio to be a top playyer anymore. Literally their only option is to pick up an old NA player, of which most of the older players are washed up, or they can go EU, in which case its.not an na team anymorw and they lose a lot of fans, or they pick up these up and coming MDL players and trial them, because there are not a lot of orgs in NA that support non Pro league teams so its easier to get a temporary player because seeing as theyre not currently on a pro team theyll try their best to get on a team where they can finacially support themselves
2019-01-02 13:34
1 reply
#186
Lekr0 |

Xradas185
page cannot be found I think your just trying to think of an excuse to dismiss my point as you've just fortified it really. I think marketing is getting in the way of a successful team. Edit: I take back my point there. I must have read you comment like 50 times
2019-01-02 18:16
#128

johnmalkovich123
The Cooper move was questionable (especially after freak grinded with him all the way to the top). But, Zellsis leaving for C9 made complete sense. He decided to take a trial offer from a huge established org with legendary players that's not going to lose their EPL spot anytime soon. Staying with SP would've been a huge gamble for Zellsis. Swole could easily bomb out of EPL in one season like SoaR gaming, another promising team that chose to keep the original 5 despite a couple offers and an IGL that was struggling to frag. I agree with you about the roster moves in the scene as a whole. Pretty much have to pay attention 24/7 with any Tier 2 and below team or you'll miss 10 moves.
2019-01-02 14:31
1 reply
#185
Lekr0 |

Xradas185
just seems like there is more I in the team than an actual team. But I totally understand your point, can't deny that. they CAN lose and not get out of the rut much easier than an org where they have money to help them focus on the game and get out of a rut and get back on track ( I say that loosely obviously, being a VP fan >< )
2019-01-02 18:07
#86

StickyRice
This is not Swole Patrol anymore. Not a single player from original Swole Patrol line up that attempted to reach Pro League (i say that if freakazoid's departure to Ghost is confirmed) Can't root for that team anymore ...
2019-01-02 15:54
2 replies
#193

stotte
Yeah it's getting a bit scuffed. I wanted that Singularity lineup to stick together. They were so fun to watch. I wonder how SNG are gonna rebuild, or are they just gonna drop the roster and go back to EU
2019-01-02 19:14
1 reply
#208

StickyRice
Yeah, it's disappointing for (ex)Swole guys and for SNG as well. Like WTF, how is it possible that Swole guys couldn't find a decent org with decent sponsors (especially with some "marketable" dudes like Freakazoid or swag) with a Pro League spot on their name, when NA is known to "set money on fire" on useless Pro League teams full of unknown players and that are gonna win between 2 and 4 games during the online season before being relegated, to stay together ... Or maybe individual goals were too strong and multiple players wanted to go their own way out of Swole (it started with Cooper so yeah, at the worst possible time before playing for a PL spot).
2019-01-02 22:17
#161

nagisa64
Look at all these retards who spam “Who?” like it’s the coolest thing to do just because they have zero idea about the international scene and just assume that FPL in NA is automatically bad because NA CS GUYS AM I RIGHT LUL!!!!
2019-01-03 12:10
#264 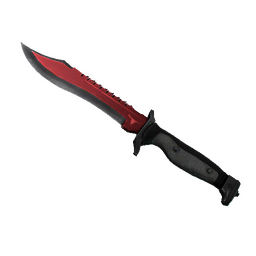