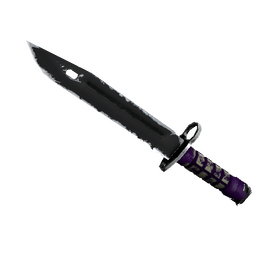 Spirit have booked their spot in the New Challengers Stage at the IEM Katowice Major after defeating Winstrike 2-1 (14-16 on Nuke, 16-6 on Overpass and 16-9 on Dust2).

The consolidation final of the CIS Minor began on Nuke, Winstrike's map pick, but it was Spirit who took control of proceedings while playing on the CT side. Kirill "⁠Boombl4⁠" Mikhailov's troops still won the first gun round, but Spirit countered them immediately in a full eco, where Dmitry "⁠S0tF1k⁠" Forostyanko found a triple-kill to help his team reset Winstrike's economy.

Down 1-5, Winstrike called for a tactical pause, which inspired them to win their second round of the game with nothing but pistols. Despite Spirit then breaking their opponents' economy once again, Winstrike calmly went on a five-round winning streak to turn the score around at 7-6.

Still, Spirit did not back down and won the final two rounds of the half to take a narrow 8-7 lead. Now playing as Terrorists, Spirit won their second pistol on the back of a triple-kill from Vadim "⁠DavCost⁠" Vasilyev in a 2v4 situation, which they followed up with three convincing rounds to go up 12-7, forcing Winstrike to call for another tactical time out.

That pause bore many fruits as Winstrike tightened up their defense from there, winning seven rounds without response, 14-12. Spirit still restored parity, in part thanks to two multi-kills from Viktor "⁠sdy⁠" Orudzhev, but that was all she wrote for them on Nuke, as Jan "⁠wayLander⁠" Rahkonen clutched a 1v2 situation to hit map-point and Aurimas "⁠Kvik⁠" Kvakšys and David "⁠n0rb3r7⁠" Danielyan found double-kills to close out the map.

somedieyoung played a key role for his team in the series

Spirit started Overpass well, securing a 2-0 lead after winning their Terrorist pistol with a flawless A execution. Winstrike responded with a strong CT display, first with a triple-kill from wayLander, and then with three more rounds to bag a 4-2 lead.

Spirit's gameplan was far too hot for Winstrike to handle, however, and S0tF1k's men kept breaking through the defense, losing a single before the break, 10-5. Then, after winning their fourth pistol of the series, Spirit quickly took the match to a third map with a 16-6 victory.

The decider kicked off with Winstrike winning their CT pistol on the back of double-kills from Boombl4 and wayLander in a 5v5 retake. In the fifth round, Spirit finally won their first on Dust2 as sdy found a triple-kill in a 2v4 situation, and, from that moment, they stormed to a 9-4 lead.

Even though Winstrike still reduced the deficit to three rounds before switching sides, the fact is that Spirit further added to their lead with yet another successful pistol and subsequent anti-eco, 11-6. Georgi "⁠WorldEdit⁠" Yaskin and co. then responded with a pair of rounds, but Spirit refused to take their feet off the gas, eventually sealing the deal after conceding just one more round.

While Winstrike will have another chance to earn a spot at the IEM Katowice Major's New Challengers Stage through the play-in tournament, Spirit join a team list which currently features the following squads:

As for the New Legends Stage, its team list looks as follows: