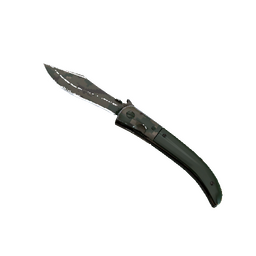 After losing Inferno (6-16), Renegades beat Grayhound on Mirage (16-11) and Cache (16-13) to book their spot in the New Challengers Stage of the upcoming IEM Katowice Major.

The upper bracket final of the Asian Minor kicked off on Renegades' map pick, Inferno, where Euan "⁠sterling⁠" Moore opened up the action with a triple-kill to help Grayhound win their CT pistol. After building up their economy in the fourth round, Renegades managed to secure a pair of rounds, but Grayhound immediately got back on the board with pistols and two saved AUGs.

Grayhound did not give their countrymen any room to manoeuvre and further added to their lead in the next three rounds, 7-2. That was when Joakim "⁠jkaem⁠" Myrbostad came up huge in a shoddy buy from Renegades, finding a triple-kill in a 2v3 situation to inspire his team to eventually bring the deficit to just two rounds. Erdenetsogt "⁠erkaSt⁠" Gantulga's troops went on to take a 10-5 lead, however, with the 23-year-old leading the way with 17 frags.

Despite losing the first two rounds of the half, Renegades found a lifeline on the map by winning the first gun round. Still, Christopher "⁠dexter⁠" Nong and erkaSt then turned a 2v3 situation around, and, from that moment, their opponents were helpless to stop Grayhound from taking the lead in the series, 16-6. jkaem and jks played a key role in the series

Renegades got off to a flying start as CTs on their opponents' map pick, Mirage, losing a single round before bagging a dominant 7-1 lead. Nevertheless, Grayhound then won their second round with a triple-kill from erkaSt in an A execution, and followed that up with two more to reduce the deficit to 4-7.

Renegades still hit eight rounds thanks to Aaron "⁠AZR⁠" Ward and Jay "⁠Liazz⁠" Tregillgas shutting down a B execution well, but Grayhound did not back down and responded with a trio of rounds to reach their seventh on the board.

In the second half, Grayhound bagged their first lead of the map after winning their third pistol of the series and the subsequent anti-eco, 9-8. Renegades went on a great run, however, storming to a 14-10 lead in convincing fashion.

Grayhound denied their opponents from hitting map-point in the following round, but Renegades quickly took the series to a third map with a 1v2 clutch and a triple-kill from Sean "⁠Gratisfaction⁠" Kaiwai and jkaem, respectively. erkaSt was a force to be reckoned with, but that was not enough to stop Renegades

Starting out as Counter-Terrorists on the decider, Cache, Renegades strung four rounds together fairly easily to take control of proceedings. Even though Ollie "⁠DickStacy⁠" Tierney and co. then replied with three successful rounds, AZR's men kept crushing them opponents until the break, 12-3.

Grayhound found a footing on the map by winning the second pistol and an anti-eco, but Renegades picked up a pair of rounds of their own to make it 14-5. Despite Renegades eventually hitting match-point with a 1v3 clutch from AZR, Grayhound tried everything they could to stop their opponents.

It was in vain, though, as Renegades remained calm and collected, sealing the deal at 16-13 to qualify for the IEM Katowice New Challengers Stage and take home the grand prize of $30,000. Schweinepriester
Thats what i dont understand. Rng is stationed in NA and they play NA EPL then why the fuck are they allowed to participate in the Asian Minor? If u play in NA then stay the fuck there and dont be a choosy bitch about it.
2019-01-25 15:50
6 replies
#38

Silber_
Because there's no african minor, and they played american quals. Rng have majority of players from oceania and they had to go to australia to play the minor quals
2019-01-25 16:51
#48

c0meatm3_Bro
they don't have a choice on where to play, its based on where the majority of your team is from (4 from OCE so they play the asia minor) if anything its been bad for them because they have had to miss big events just to go play the minors, one of which they asked if they could play in the NA minor so they could attend the EPL finals but Valve said no.
2019-01-25 19:28
#13

mikecool
I hope grayhound get the second qualifier spot, that would be awesome. The series was fun to watch and I'm super happy that Renegades took the top spot. Gg.
2019-01-25 15:48
#26

bigb1rd
But a big part of the reason these teams are ranked so low is because they rarely get the chance to play top tournaments or against decent EU or NA opponents. I'm not saying they're top 5 in the world but Grayhound especially definitely look like they could compete with many teams ranked far above them.
2019-01-25 18:15
#29
BnTeT |

micturkey
Expected. Rng and Tyloo, win 3 matches to go into the major group stage and win at least 1 match in group stage so that other Asian team could get some chances for major qualifier.
2019-01-26 01:54
#64
TheEntireNationOfKenya |