Four more teams have qualified for the ECS Season 7 Challenger Cups as the third round of open qualifiers has come to a close.

In Europe, all eyes were on Uruguay, the international line-up announced last week with players like Adil "⁠ScreaM⁠" Benrlitom, William "⁠draken⁠" Sundin and Kevin "⁠HS⁠" Tarn. Even without the Belgian talent, who sprained his wrist in an ice skating accident and was replaced by Denis "⁠grux⁠" Gutaj, the team managed to reach the semi-final stage before losing to x6tence Galaxy in a three-map series, with Tim "⁠nawwk⁠" Jonasson ending the match with a +29 KDD.

From the other half of the single-elimination bracket came the new Epsilon roster. After falling just shy of the qualifying places in the previous tournament, Joey "⁠CRUC1AL⁠" Steusel's side placed top two this time around as they edged past Gambit 2-1 in the semi-final stage of the tournament. Subroza helped Ghost to qualify for the NA Challenger Cup

In North America, the biggest talking point was the return of Yassine "⁠Subroza⁠" Taoufik to the Ghost line-up as a replacement for Joshua "⁠steel⁠" Nissan, who is reported to be on his way out of the team due to internal issues. The North American side had to work hard to beat iNTACT in the quarter-final stage but hardly broke a sweat to fend off Arya "⁠arya⁠" Hekmat's Big Frames in the semi-finals, finishing top two along with The Quest, who had a default win over Jaguar in the quarter-finals before beating Hysteria 2-0 in convincing fashion.

There are now just two qualifying spots up for grabs in both Europe and North America, which will be handed out in the fourth round of qualifiers, kicking off Monday, February 25.

In Europe and North America, the Challenger Cups will feature 16 sides, eight qualified and eight invited by FACEIT. These tournaments will feature a best-of-three Swiss format to create a ranking that will be used to determine to fill the vacant spots in the ECS regular season tournaments, each one with $25,000 on the line (more details about the season format can be found here).

The team list for the Challenger Cups currently looks as follows:

Teams can sign up for the final open qualifier by clicking the links below: THE_Gentleman
Steel have a complicated personality. He is amazing analysing the game and great shot caller, but does not work well with mistakes and tend to rage a lot. If he gets pissed by some team member performance, them it becomes hell to the whole team, all the time. I think this is more than just major issue.
2019-02-25 10:47
#37
Subroza |

Nothingwrongwiththat
He’s an arogant prick lmao I don’t care about anything illegal he did, look who I support ahahahhahah
2019-02-25 18:09
#15 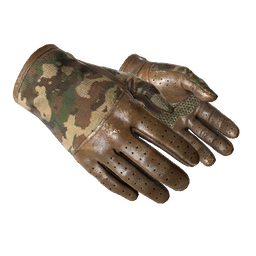