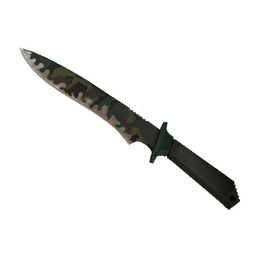 Isurus published an official statement announcing their team will be unable to attend the WESG 2018 World Finals.

Isurus earned their spot at the WESG 2018 World Finals through the South America qualifier when the team had a full Argentine lineup with Matias "⁠tutehen⁠" Canale and Nabil "⁠nbl⁠" Aleua.

In their statement, Isurus mentioned visa issues as well as not being able to use their current roster, as they signed 19-year-old Maximiliano "⁠max⁠" Gonzalez, from Uruguay, who is ineligible to play with the Argentine team due to the tournament's roster restrictions based on nationality. Luckily for Argentine fans, Guillermo "⁠guishorro⁠" Areco's Furious, who won the other South American qualifier, are still slated to participate at the event in Chongqing.

The silver lining for Isurus will be that they can now participate in DreamHack Rio's Brazil/South Latin America qualifier, which is slated to take place on March 9-10, while WESG's World Finals are going on.

With Isurus pulling out, the tournament's Group C will only have the following three teams: xdcc
Why? WESG are clearly not seeding so might as well see what they get first. A lot of people sleeping even on Kazakhstan mix. I don't think they realistically can even get top 3 in this group.
2019-02-28 15:11
8 replies
#42

Fil0Nerd
I can't understand your point. I only want to say that maybe if they had announced it before, the 2nd placed team from SA qualifier or another team could have filled the spot. Now instead we have a weird situation with a group of 3 teams that fuck up all the bracket.
2019-02-28 15:15
7 replies
#46
|

xdcc
They probably waited till the end to secure visas and groups+getting a player from other country is just not worth it. It's not unusual for teams to skip WESG as it's not really a prestigious event. Last time there were 2 groups with 2 teams.
2019-02-28 15:19
6 replies
#49

Polotsk
FalleN etc have said that WESG is more important than a major, also small teams can earn nice money and grow when they participate in this kind of events.
2019-03-01 17:03
4 replies
#257
|

xdcc
for smaller teams that have no chance to qualify for major sure. but in major teams also get sticker money, far bigger audience meaning potential for growing fanbase & being noticed by teams, more quality opponents and HLTV ranks major far more highly than WESG and a lot of events look at rankings+fanbase for invites.
2019-03-01 17:07
3 replies
#277

Polotsk
The invite is a different thing in my opinion in this regard. When people like FalleN, s1mple etc, play in WESG it gains attention, pros most likely don't care as much about points as fans do. This event is great in my opinion, teams with less experience and potential huge stars face teams with experienced players, but with mixed teams.
2019-03-01 17:11
2 replies
#278
|

xdcc
problem is WESG's nationality rule, very wierd spots for the event even if you have different regions represented (serbia having its own qualifier) and lack of seeding removes a lot of prestige imo. it feels like they rig it for chinese teams to go as far as possible and good teams face each other anyway.
2019-03-01 17:14
1 reply
#279

Polotsk
I think the nationality rule is good brings excitement because best teams in the world won't fulfill it totally, ruining every single chance for these small teams who don't have any big sponsors behind them. I think there were so many teams applying from Serbia that they wanted to host own qualifier for them.
2019-03-01 17:24
#72

KALAMAR
I think that pulling off is the right decission. I mean you're missing the qualifier to a dreamhack to play a tournament that you don't have a chance to get out of groups because that joke of seeding (and also you can't bring your real roster)
2019-02-28 16:17
#20

luchinade
Good decision. A tournament in the ass of the world, two days of travel, jetlag, fatigue and other issues that affect the time of the game. It is understandable, I repeat, a good decision to focus on the DH. Good luck to Furious.
2019-02-28 15:18
4 replies
#200

luchinade
It is normal to say it in Argentina. We refer to this when it is something very distant, they are approximately 10 thousand nautical miles. Imagine the wear... Sorry if you took the wrong phrase and sorry for the bad english.
2019-03-01 11:05
1 reply
#205

Mxyzptlik
Guess they look towards their opponents in group C, and told themselves that this trip doesn't make sense anyway. Good choice! GL in Rio qualifiers
2019-02-28 15:24
#53

rawe1337
That's pretty sad, would've been interesting watching playing them vs. top teams, even though they had no chance on qualifying, would have been a nice test for them. At least Furious is there
2019-02-28 16:11
2 replies
#177
XANTARES |

windblows
Good decision. Anyway WESG is a shitty tournament.
2019-02-28 23:27
Login or register to add your comment to the discussion.