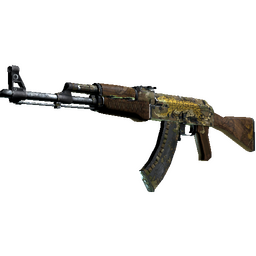 Eight playoff teams were determined on the first day of WESG World Finals 2018 as four groups have been played out, with favorites such as G2, MIBR, and OpTic making it to the playoffs.

The 28 attending teams were split into four-team groups (in some cases less due to teams withdrawing from the tournament), with the eight groups being played out using a round-robin BO2 system, where winning both maps gives you three points, splitting maps gives you one point, and losing both no points. G2 dropped just 11 rounds in the four maps they played, with kennyS leading the way

The action started with group A, where G2 cruised to the first place by dominating Singularity and Revolution, with Kenny "⁠kennyS⁠" Schrub finishing the latter series with a 45-9 K-D over two maps. Singularity secured the second playoff spot from that group with a victory over Revolution, 16-2, 16-1.

In group B, Valiance started with a surprising tie against NASR, losing Inferno to the United Arab Emirates team, but the Serbians, despite having a mixed roster featuring their former AWPer Aleksa "⁠Impulse⁠" Stankić and coach Luka "⁠emi⁠" Vuković in place of the two foreigners, Rokas "⁠EspiranTo⁠" Milasauskas and Otto "⁠ottoNd⁠" Sihvo, managed to bounce back.

After cruising past Denial (16-3, 16-4), Valiance managed upset OpTic on Mirage (16-13) and Nuke (16-10). With that, Nemanja "⁠nexa⁠" Isaković and co. advanced to the playoffs with the first seed out of group B, with OpTic finishing in second place. Group C featured only two teams, MIBR and AGO, as Isurus and K23 pulled out ahead of the event. MIBR topped the group with a 2-0 win over AGO, which included a 16-5 win on Nuke, the Brazilians usual permaban.

In the final group for the day, group D, Furious fell to Absolute, 2-0. The first map, Cache, went into overtime (22-20), but Dust2 was more convincing for the Japanese squad (16-8). However, the game was a showcase of the two teams' star players, Luca "⁠Luken⁠" Nadotti and Koji "⁠Laz⁠" Ushida, as the out "Players to watch" shone through with a 1.33 and a 1.46 rating, respectively.

As both teams secured wins over the only remaining team in the group, FrostFire, and did so with identical scoreline (19-16 on the first and 16-5 on the second map), Furious and FrostFire advanced to the playoffs, with the Japanese team securing the higher seed.

The following teams secured a place in the BO3, single-elimination playoffs that start on March 13 with the round of 16:

The action continues with Groups E-H tomorrow at 05:00 , when teams such as fnatic, Russia and Windigo will be looking for their spots in the playoffs.

Ignacio 'meyern' Meyer
Time is adjusted to your selected timezone Jew2K
that's my point, like I wouldn't be surprised if these dodgy WESG organisers ignored that and just put out random playoff games and put G2 vs MIBR right away - good to see this isn't the case tho
2019-03-13 13:38
#16

Darge
"Furious and FrostFire advanced to the playoffs, with the Japanese team securing the higher seed" Small mistake on the article there, should be Absolute instead of FrostFire.
2019-03-11 17:42
1 reply
#59
chingchong |