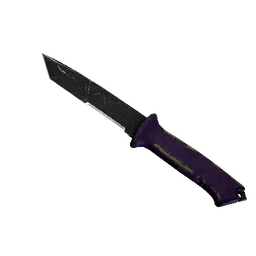 blackpoisoN: "We're going with the flow game by game, practice by practice, mistake by mistake"

We sat down with Robby "⁠blackpoisoN⁠" Da Loca, who played his first international LAN with Denial at the WESG 2018 World Finals.

blackpoisoN and Dominic "⁠Domsterr⁠" Sampaio joined Denial on trial a month ago and played their first event with the team at the WESG 2018 World Finals, where they were unable to pull off an upset against Valiance or OpTic to make it to the playoffs, although they beat NASR 2-0 in the closing round of the group stage. In the interview, blackpoisoN goes over rejoining South Africa's leading team, he gives some insight about Domsterr, the lack of time to practice before the event in China, and what he has noticed has changed since the former Bravado trio left for North America.

Let's start off with you joining Denial, how did it all go down?

So in South Africa, the scene has known that bringing these five players together would make the best team in the country, it has been talked about for months, saying that if we want things to go well this would be the best roster we could have to do that. Obviously, I'm very grateful for this opportunity. We're scrimming really hard, waking up early and starting practice at half past 10 every morning. We play until like 2 PM and we take a lunch break and then scrim again until like 8, 9, or sometimes even 10 at night. We, myself and Domsterr, are still very new to the team and only on trial, but right now the issue is that since we're so new there are a lot of things we have to go over. We still have to build chemistry between both parties. There's a lot of stuff we have to do to make the team perform well and there are a lot of people expecting us to suddenly start performing and start beating good teams right after joining, but it just doesn't work like that at all. We've seen it with all top teams, and I'm not saying we're a top team, but that's our dream.

Me as a player, and Domsterr, and all of the others, we're learning how to play with each other. For example, if we're in a 2vsX scenario, I have to go through certain moments to figure out how they play. With time, you figure out, "OK, he likes to double peek at this time, or he's going to play off of my contact at this time, or maybe he's going to use the equipment..." There are so many ways of playing it. So right now it's hard to get into a team on a trial and start practicing for WESG expecting fantastic results.

And you had a pretty tough draw, on top of that...

Our first game was against OpTic, and yes, the previous Bravado beat them in a best of one, but that doesn't mean that because we have two new players coming onto the team that everyone thinks will make the best possible team we will beat them off the bat. We've been on the team for like 20 days or something. We had an early lead in one of the maps, and we can see there's something there already. After practice, we sit and discuss scenarios and what to do to improve, so we're just taking it slowly, step by step. We're not trying to get better fast, we're going with the flow, game by game, practice by practice, mistake by mistake, and going through it all one by one because we think that's the best way to move forward. This is our first tournament on LAN, and with the time we had to practice we couldn't really expect big things.

We're going with the flow, game by game, practice by practice, mistake by mistake, and going through it all one by one because we think that's the best way to move forward
Robby "⁠blackpoisoN⁠" Da Loca

How about Domsterr, he's a new guy to many people who don't follow South African CS. Can you tell me a bit about him?

I think Domsterr is a really good player. He's got great aim, he's very patient in and out of the game, he's very calm, his comms are very good, and in any scenario, he's very understanding and a quick learner. He's 23, which is pretty young still, so I think he has a good future ahead of him. He's a good player.

Did you set goals before coming here?

We wanted to make it through the group stages, but we can't aim too high with the little time that we've had together, it's hard to aim high when we still need to study ourselves, our teammates, and build that chemistry. The chemistry fixes the syncronization when you're running strats because once you have the chemistry and you know how everyone likes to peek angles and corners and so on...

Getting LAN experience is good, as well.

I don't really think of it that way because I've played at LAN a few times, not that many, but...

Yeah, as a team it was a good experience, of course, to see everyone's personalities and attitudes. Everyone is very calm and nobody was very upset because we all know it's our first LAN and with a couple of us on trial and not having much time, etc., so everyone was still smiling and shaking each other's hands and so on... and you know, the PC issues were a joke. Like, I hate making excuses, but being completely honest I got a new PC and it was completely fucked. There were no drivers installed, so I had to install them, and everything was just so broken, so I didn't even have time to practice and there was a delay on the first game against OpTic because of it. But yeah, it is what it is.

Going back home, what are you going into? What's waiting there for you?

Our dream is to become the best team in the world. The best part about us South Africans and this team is that we're so passionate. We don't even care if we get $1 as a salary as long as we can follow our dream... Well, okay, we can't survive with one dollar [laughs], but you know what I'm trying to say... as long as we can live in a house with an internet connection and PCs to play CS with at least 250-300 fps and as long as we can follow our dream and work our ass off every single day... Now, sometimes we even scrim on Saturdays and don't take days off.

We're passionate about CS, it's not just a game for us, it's a lifestyle. I think about it all of the time, I'll just sit on the couch after practicing thinking about what we could do better or how we should do things. Also, individually, I think about how I could peek better, or time things better, all of these things... so going back to America, the good thing is that we'll be able to scrim so much. In South Africa we barely have anyone to scrim against, and then it would be like the same team over and over again. Being in America we'll be able to fix our mistakes much more quickly. It's just really amazing.

Coming from a small scene, you've known these guys from before. Has something surprised you since joining the team?

One thing I liked when I joined the team is the dedication and passion for the game. There are no players on the team that are lazy or want to stop playing or end practice early. They've been playing in America for a year and you can see the experience they've gained. I'm also learning from some of that, and then Dom and myself also have some ideas and suggestions to give. The good thing about JT, our captain and IGL is that he's very understanding and humble, and he's a very hard worker. He puts in a lot of hours, is constantly watching demos and studying other teams and putting in the hard work, which is very nice to see. The good thing about all of us is that we're all the same, this all means a lot to us, it's not a holiday.

To close it off, you're on a trial period right now. Have you talked at all about how long it's going to be or anything along the lines?

I think maybe the end of March? I'm not really sure, we haven't actually discussed it yet. We just hope it all goes as planned and we can take it from there. I know that Dom and I can bring a lot to the team. It's kind of hard to judge things if you're on trial for a short time. Dom and I have a good understanding of the game, we still have a lot to learn, all of us have a lot to learn at the end of the day, but yeah, I think after a longer period we'll be able to have a bit more concrete information on the players and the team, in general, to see what needs to be fixed. BrucieBoi
rip bravado , i loved that team but now black poison has cursed us with bad K/D and toxic plays. i want to die, why didnt they just get some american or eu to join denial. this black better prove himself and dumbster whatever he name god
2019-03-12 13:42
3 replies
#28

LKTiburon
RIP, this team is dead. The previous team ran success with their chemistry and just amazing team dynamic. They were 5 good CS players and 5 friends. They knew how to motivate and criticize each other. Robby Da Loca is a sub-human piece of trash. He's the type of human that should simply stop existing and the world would be a better place. He is a cancer and unfortunately you can't cut cancer from a team, well, you can, but they won't do it. He will, if he hasn't already, kill this team. Every single team he has ever joined has kicked him or been destroyed by him.
2019-03-12 14:37
2 replies
#39

TMKF
Yeah, can only hope these guys get their act together. Or they replace them with some EU or NA talent at the end of their trial if they don't. Blackpoison has a bad reputation for tearing teams apart here in SA. Also he's toxic af, I played a game with him once and he was raging throughout the whole game. Like we lost pistol and he just sulked for the rest of the game.
2019-03-13 19:18
1 reply
#55

captainpanda777
Robby "reverse midas touch" deloca, everything he touches turns into shit. GG's
2019-03-14 14:47
Login or register to add your comment to the discussion.