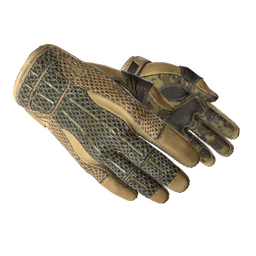 MVP PK have lifted the Cobx Masters trophy after defeating Alpha Red 2-0 in the grand final (16-3 on Inferno and 19-17 on Mirage).

The $100,000 event taking place in Mumbai, India kicked off on April 5 with two groups of three teams. MVP PK and Alpha Red advanced to the playoffs from the same group, with the former side finishing in first place.

MVP PK squared off against BOOT-d[S] in the semis and won the best-of-three series with ease after a 16-4 victory on Dust2 and a 16-5 triumph on Nuke. Alpha Red, on the other hand, defeated Grayhound 2-0 in the other semi-final matchup. MVP PK dominated in the playoffs

The grand final kicked off on MVP PK's pick Inferno where the Korean team had a resounding success on the CT-side, finishing the first half with a 12-3 lead. They then secured the first four rounds on the T-side to win the map with a 16-3 score.

Seon-Ho "⁠xeta⁠" Son and company picked up from where they left off, leading 14-1 at halftime on Mirage following a strong showing on the defense. MVP PK closed out the second map with a 19-17 scoreline, winning the series 2-0 and becoming the Cobx Masters champions.

The full standings at Cobx Masters: spiderCAKE
Maybe if you put as much effort in supporting the scene instead of barking like a rabid dog, the scene would improve. Anyway, I doubt Signify and Global give 2 fucks about your insignificant, borderline racist opinion.
2019-04-07 19:11
#66