Teams are set to compete in the next-to-last Open Qualifier for the Europe Minor, which commences at 17:00 draken's Ancient through to day two

About 400 teams are expected to be competing in the Open Qualifier, with some big teams hoping the third time is the charm after failing in the first qualifiers.

As the early rounds of the qualifier are not covered on HLTV and GOTVs are disabled for security reasons, we will be posting live updates on the cup as it progresses.

22:00 First day of the qualifier over; top 16 teams determined

After five rounds of matches, the first day of the qualifier is now over. The teams through to the last-16 stage, which will be covered by HLTV, are the following:

Epsilon, Aristocracy and HAVU are the first teams to have booked spots in the last-16 stage, which will be played only on Saturday. Teodor "⁠SPELLAN⁠" Nikolov's troops will be hoping that third time will be the charm for them after crashing out of the first two qualifiers in the semi-final stage.

The first results are in and look as follows:

The opening day of this qualifier is almost over, with only one round of fixtures left to play. Below are some of the more interesting matches that will be played:

In one of the biggest matches of Round of 64, Ancient moved past Apeks by a 16-8 scoreline to claim a spot in the last-32 stage.

Virtus.pro failed to make it to the last-64 stage after losing to STEP 16-19 on Nuke. The Danish team move on in the bracket and will take on GUFFER in the next stage.

As the tournament progresses, more and more interesting clashes are taking place. With the big favourites still alive, the Round of 64 will be headlined by a Nordic showdown between Ancient and Apeks.

Below are some of the other interesting clashes:

Movistar Riders and Tricked have claimed spots in the tournament's last-64 stage after moving past Bpro and AVEZ respectively, both by 16-6 scorelines.

Movistar Riders and Tricked have claimed spots in the tournament's last-64 stage after moving past Bpro and AVEZ respectively, both by 16-6 scorelines.

Three rounds into the tournament, things are starting to get more interesting. Below you can find some of the notable match-ups of the round of 128:

Polish team MIKSTURA, featuring former Virtus.pro member, are through to the last-128 stage after easing past k1ck 16-4 in one of the second round's biggest encounters.

The first matches started in the Europe Minor Open Qualifier 1, with the notable teams either without an opponent or facing a big underdog in the round-of-512.

The former G2 player seems to have recovered from his injury as he is signed up for the qualifier alongside Sébastien "⁠KenShaX⁠" Loddé and other French players.

Braulio 'brA' Piraglia
Time is adjusted to your selected timezone Maloqz
Iberian cs , have their own styleplay , they are very agro... They need more opportunities. And the few opportunities that they have is fkced cuz of the ping , all of the qualis is online , the servers are in germany
2019-05-31 23:38
5 replies
#139

Maloqz
Cis have money like i said , cis have many big national tournaments that boost their teams , many end up playing in camps in germany is normal And is not soo dificult to qualify since their scene is bigger
2019-06-01 00:05
1 reply
#152

emCee_
Nop. Spanish players earn more than CIS player even if those are much better skilled. But anyways, Iberian CS will never become CIS CS with their tournaments cause we arent a region. So keep dreaming.
2019-06-01 09:43
#147
MUTiRiS |

LeviathaNz
When winstrike were at the major he said they didnt deserve to be there in an interview (but they qualified the legit wait...). And later he continued on twitter, saying that russians qualifiers are ez and he could himself qualify easily for any majors. At that time he was playing for fnatic at the major and he got to play with them without even qualifying because they had their legend spot. So that was really arrogant.
2019-06-01 16:09
1 reply
#158

beatje
Why does Virtus.pro keep going at this point? Disband the team and leave the CS scene or go and pick the ex-devils.one team or something. Or the forZe team from Russia that has been looking good. This is just embarassing lol
2019-05-31 20:31
4 replies
#79

beatje
But they are, they won a DreamHack Open tournament not long ago and beat NiP in a bo3 on LAN. Sure, they don't seem to be getting good results rn in the qualifiers, but these matches are always fishy. This, however, is the norm for VP.
2019-05-31 20:34
1 reply
#102
broky | 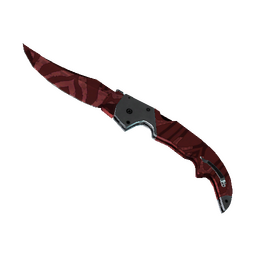