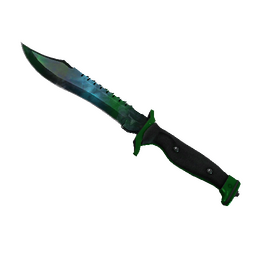 The fourth and last open qualifier for the European Minor is underway, with about 400 teams in competition for the last two qualifier spots.

Virtus.pro, AGO, and Aristocracy are all still looking to secure a closed qualifier spot

Poles have dominated in terms of participants in the open qualifiers, but not a single one was able to reach the next stage yet. Adding to that, AGO is currently the highest ranked team (#27) that hasn't made it to the Europe Minor Closed Qualifier.

As the tournament progresses, we will bring you a list of notable teams in competition as well as post updates about squads and results.

You can find some of the notable Europe Minor Open Qualifier 4 teams below:

The last results of the day are in, with AGO, FrenchFrogs, Epsilon, and Nexus winning some of the biggest matches of the round.

Heading into tomorrow's Round of 16, the competition will be fierce as teams like FrenchFrogs, Aristocracy, Movistar Riders, SJ, Virtus.pro, Epsilon, LDLC, or Ancient will be vying for spots in the closed qualifier.

The Round of 64 has seen several teams go out, here are some of the results ahead of the last round of the day:

20:00 Round of 64 starts to have interesting match-ups

The Round of 64 is starting to have some familiar names clash on their way to the late stages of the qualifier. Here are some of the interesting matches that will take place in the Ro64:

Most of the favorites are through to the Round of 128, although MIKSTURA are out after losing to BLUEJAYS, while Dragons fell to Budapest Five. In the round of 128, AGO will now face the French side Boys in Blue.

MIKSTURA, who had a BYE in the round of 512, will face off against BLUEJAYS, who won their first match of the fourth open qualifier for the Europe Minor.