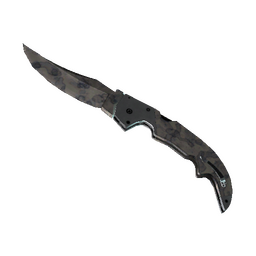 After Vitality lifted the ECS Season 7 trophy and Mathieu "⁠ZywOo⁠" Herbaut claimed another MVP award, we take a look at the Fantasy game to see how the results and player performances reflected there.

Early exits of MIBR and Astralis surprised many, but despite their disappointing tournament placings, their players brought in a decent number of points in the Fantasy game. Surprisingly enough, FURIA, who finished second, had only one player among the top 15 fantasy picks, Kaike "⁠KSCERATO⁠" Cerato, who still didn't live up to his $196,000 price tag with merely 39 points earned. In the HLTV Public League, the best team was drafted by "Ultr4E", who amassed 698 with an almost identical team, only featuring Jakob "⁠JUGi⁠" Hansen instead of his teammate Kjaerbye.

Aside from Vitality players and the stars of MIBR and Astralis, three NRG players also made the top 10 Fantasy players list:

For the HLTV Confirmed Cup, our panelists drafted their teams live during the show, and we ended up with a very tight and yet uninspiring race for the trophy. All four members finished under 250 points, but after the grand final where both Professeur and Striker went negative, it was the Czech that ended on top thanks to the points brought in by the trio of device, Ethan, and Brehze.

The final standings for the latest HLTV Confirmed Cup are available below: Greta_Achtungberg
it would be nice to see a list of all players and their respective earnings it would be even better to see a database for all the previous fantasy games
2019-06-10 12:53
#5