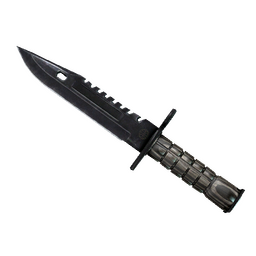 The Chinese organization TYLOO has announced that WingHei "⁠Freeman⁠" Cheung will be playing for their organization in place of Kevin "⁠xccurate⁠" Susanto, starting with the ESL Pro League Season 9 Finals.

Freeman officially joined TYLOO at the start of the month alongside Zhenghao "⁠DANK1NG⁠" Lv, but both players did not participate in the Asia Minor qualifiers where TYLOO opted to use their old roster, albeit Freeman was signed up for the qualifier as the coach/backup player. Initially, no plans were revealed about how TYLOO plan to utilize their 7-man roster, but now, it has been announced that Freeman is stepping into the fray in favor of the team's AWPer, xccurate. The 21-year-old Indonesian joined the team at the start of 2018, helping them peak at the 10th place in the rankings, a record for an Asian team, after a number of playoff finishes at international events.

* StarLadder official Yegor "⁠Panda⁠" Kolomiets corrected a previous inaccuracy in the article as he stated that TYLOO's Asia Minor roster is in fact locked. TYLOO are forced to use xccurate on their road to the Major unless there is a "proper reason", such as a visa or health issue, that would allow them to swap in coach/backup player Freeman.

Freeman will have his LAN debut for the team at the ESL Pro League Finals on June 18 - June 23. Who will pick up the AWP for the Chinese side is currently unknown, as is the future of DANK1NG, the 19-year-old AWPer they signed from BTRG.IMBA. seeker_Liu
cant agree. bntet is the only core and xcc is just an average awper(inconsistency is somehow fatal to an awper and rating doesnt lie), though on the other hand Tyloo cant even find an decent Chinese awper
2019-06-14 12:21
#30
JoJo |

jeffykillyoutoo
What the hell, man? xccurate is one of the best awpers I've ever seen in my life, because he is super aggressive awper like nifty or jugi, gl for freeman but I thinks he can enter to c9 or some good NA team because it is wasting a true potential
2019-06-14 11:52
10 replies
#80
xccurate |

camarena401
xcc said this on his last stream: 1) i'm currently having a mental burnout and physical sickness so this asian minor qualifier is my last tournament with tyloo guys 2) i'm considering to continue my study he's only considering to continue his study, he usually streams on weibo (chinese app)
2019-06-14 17:15
7 replies
#200

Hallucint
* StarLadder official Yegor "Panda" Kolomietc corrected a previous inaccuracy in the article as he stated that TYLOO's Asia Minor roster is in fact locked. TYLOO are forced to use xccurate on their road to the Major unless there is a "proper reason", such as a visa or health issue, that would allow them to swap in coach/backup player Freeman. omg
2019-06-14 13:43
#133

urachicho
It's very simple & good for both parties, xccurate wants to continue his studies & TyLoo wants a Chinese-speaking roster because they suffered a lot & specially BnTeT as he had to translate stuff to xcc mid-game (if I understood correctly), Freeman isn't a bad player so he'll fit in easily I believe, although in terms of skill it is definitely a downgrade but it ain't a big one.
2019-06-14 14:30
#158
device |

reeeee
Is Freeman coming in as an entry fragger? He's been more of a playmaker and i hope he stays in that role besides it'd be much better for somebody to continue doing entry and die first instead.
2019-06-14 15:00
#171

theworstplayerever112
with xccurate only ? i think it will be just a dream, if they add BnTeT then the dream will probably can become real the real indonesian star that have a consistent stats is only BnTeT
2019-06-15 04:02
5 replies
#230
barce |

Nyrax
Idk what happen between xcc and BnTeT, but both unfollowing each other on all social media (even both unfriend on steam thoo!).. Maybe BnTeT benched him, u know that BnTeT like the leader of tyloo right after capt Mo retired..
2019-06-15 13:09
1 reply
#253
xccurate |

camarena401
i notice this too! i just know about the steam friend tho damn! if you look at bntet's insta comment, he answered most of his comments but avoided all the xccurate related stuff. Bntet is not the leader of tyloo tho kindy is their leader
2019-06-16 18:14
#245

oxy333221
Although this fluke team archived something in last year but still couldnt change the fact they dont kown how to play csgo. Imagine a team consist of four entry fraggers, no IGL, no sniper, random supporter. LMAO
2019-06-21 07:10
#307 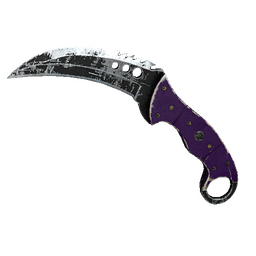