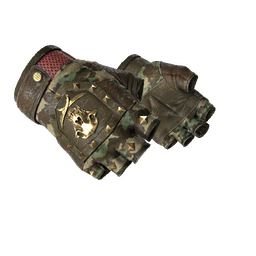 Codewise Unicorns have released their former team and signed the Aristocracy lineup, which will continue to play under the same name after the Polish organization took over the brand.

The organization decided to make the move after a series of changes within their former squad did not improve their results, which led to their investors' "patience running low", endangering the future of the organization.

The Codewise Gaming company in charge of Codewise Unicorns have assumed the Aristocracy brand and name, whose history dates back to 2002, alongside with the lineup around Wiktor "⁠TaZ⁠" Wojtas, who had been organization-less since their departure from devils.one in May. The former devils.one team will continue to play as Aristocracy

Codewise Unicorns' former lineup, whose core of Łukasz "⁠azizz⁠" Kałkowski, Szymon "⁠Crityourface⁠" Pluta, and Damian "⁠Falon⁠" Tworek had represented the organization since September 2017, will be released as of June 30, when their contracts expire.

"After all the thinking and heated debates – we decided to put all of our eggs in one basket which is ARISTOCRACY – an experienced team with charismatic leader, Wiktor “TaZ” Wojtas. We also took one more step ahead, we took over the team along with their name. Why? Because Aristocracy is a huge and important part of polish esport history. It is practically an origin of polish Counter-Strike, which our founders – Robert and Alex Gryn – can still remember. By taking over the Aristocracy team along with their name we want to bring Polish CS back to the times of its glory," a press release from Codewise Unicorns reads. PijanyStaryTOSTOPTHEDIMITRII69
yea the owner of codewise is pretty generous and even he rent this house to the previous squad xD youtube.com/watch?v=TejRDvMpd9A
2019-06-14 15:30
#22
Plopski |

Beard43
Weird choice to change organisation name but okay. I thought the article didn't make sense for a second but it was just an unusual move ;-p good luck to them though, would be nice to see Taz in some higher tier tourneys again.
2019-06-14 16:11
3 replies
#82

Kobel_
The org was only based on the CS team so I guess that was just more profitable from the marketing point of few Also, according to the CEO of CU (now Aristocracy) Alex Gryn the "Codewise" part of the name hinted sponsors off caused it seemed like they won't need any being owned by sucha big corp
2019-06-14 18:12
2 replies
#83

BoMamaMiKazala
Yeah if they got nice support here in Poland so its better then bigger worldwide orga. which doesnt have gaminghouse in Poland and dont know shiet about Poland scene so its good decision if they gonna threat them good.
2019-06-14 17:42
#93

100T_Dont_Deserve_TheBoys
The organization decided to make the move after a series of changes within their former squad did not improve their results, which led to their investors' "patience running low", endangering the future of the organization. LUL
2019-06-15 11:17
#106
pashaBiceps |