Plopski: "I would be really happy if we could make it to the playoffs and play in front of a huge crowd"

We talked to NIP's newest addition, 17-year-old Nicolas "⁠Plopski⁠" Gonzalez Zamora, ahead of ESL One Cologne to discuss his Big Event debut with the team.

NIP have been going through a rough patch, dropping from #6 to #14 in the rankings since mid-May. Two playoff runs at StarSeries i-League Season 7 and IEM Sydney seemed promising earlier in the season, but a series of mixed results prompted the team to undergo changes. We talked to the new Ninja, Plopski, who is taking Dennis "⁠dennis⁠" Edman's place in the starting lineup, about several topics, including his ascent through the ranks up to being signed by one of the world's top sides, his hopes for NIP's run at ESL One Cologne, not being able to play the upcoming StarLadder Major in Berlin, and learning from a player like Christopher "⁠GeT_RiGhT⁠" Alesund, among other topics.

How has the preparation with NiP been so far? What have you been practicing? What roles are you going to be taking over on the team?

The preparation with NiP so far has been great. We have practiced almost every day since I joined the team and I have already learned a lot of things. My role depends on the map and the tactic we are doing.

Regarding the Major, do you have any thoughts on the roster lock that won’t allow you to attend the event in Berlin with your new team?

It sucks that I am not allowed to play the Major because it's the biggest tournament and I would really like to play it, but those are the rules and I qualified to the Minor with Ancient, so I cannot play with NiP.

You started to get more and more experience as you joined better teams. From playing locally with x6tence to attending DreamHack Opens with x6tence Galaxy and Ancient... Now it is completely different with NiP. How are you feeling about playing an event like ESL One Cologne?

To be playing a big event is going to be amazing. I remember when I was younger, watching tournaments, and I always dreamt of playing a big tournament. To play in front of a crowd would be super amazing, too. Even just playing locally with x6tence was a great experience for me, and playing DreamHack Opens with Galaxy and Ancient was amazing as well, so I am really looking forward to Cologne!

GeT_RiGhT could be spending his last few months on the active roster, what is it you want to learn from him before he departs?

Actually, I have learned a lot already from him during his career. How to handle different situations in the game, being in clutch moments... I have followed him and NiP since I was 10 years old, and I have watched almost every game they have played. You learn a lot from that. Now, being on the team, I will learn even more since I will be in the server with him.

You’re facing Vitality in the first match, what do you think your chances are against them?

They are a good team and have been performing really well lately, so it is going to be a tough match, but I still think we have a pretty good chance of beating them.

Any goals for ESL One Cologne? Teamwise or personal?

My goals for ESL One Cologne would be, of course, to win the tournament, but I would be really happy if we could make it to the playoffs and play in front of a huge crowd, as I have never played in front of a crowd like that before.

JW said that it’s important that you’re in a place where you feel safe to grow. With the expected roster change after the Major, and not being able to play the Major itself, etc., do you think there could be some bumps on the road that could affect your career?

NiP feels like a good and safe place for me to grow as my teammates are very experienced and I feel like I can learn a lot from them to become better as a player.

How about the Swedish scene in general, what are your thoughts on how it is currently developing? Do you think it will once again be able to become the strongest in the world?

I think that the Swedish scene is developing really well right now with NiP, fnatic, Ancient, and Chaos being good teams. There have been some roster changes, but I think that with time Swedish CS will be at the top again. We have a lot of good players in Sweden and there are also a lot of new up and coming talents that are starting to show up thanks to the Swedish Pro League on FACEIT. SPL and the Swedish national league have helped the local scene a lot because you get a chance to prove yourself while also getting experience against other Swedish players and teams.

VeryRomanianGuy
Nah, more like playinga real football match as a pro player with maradona on ur team. Sure he was insanely good but he'd do shit against young professional players so no real pressure other than giving a good impression
2019-07-01 20:13
1 reply
#77

juanme555RIP
Argentina Brasil Chile and Uruguay are white , definitely whiter than U.S. Then Venezuela is like 40% white. Then is all majority brown but Colombia has like 30% blacks. One thing i want to leave very clear , we are white by U.S standars if they weren't so fucking autistic , but U.S is brown by pretty much every standar , including brown south american countries , it really is just U.S Americans who think U.S is white and like....3 European countries.
2019-07-01 19:37
#78

juanme555RIP
Of all the countries you could've named , you picked Argentina , the one south american country that literally exterminated all of its black and native american population before the 19th century. I honestly think most U.S Americans look like Freakazoid or Nifty , you seem to think you're white.
2019-07-01 20:30
2 replies
#85

Monsterk1t0
HAHAHHAHHAHAHAAH this plopski guy thinking NiP is really good atm some one need to tell him this is not 2014 /2015 anymore. you dont gonna see the crowd Plopski, hmm tbh you gonna see the crowd but from the hotel xDDDDDDDDDDDD rekt /dab/ POGGERS [sorry to much in twitch ]
2019-07-01 17:28
8 replies
#28
jhd |

tyndlort
if i was you...maybe go to school and try to learn how to read between the lines. "There have been some roster changes, but I think that with time Swedish CS will be at the top again" Nip is not a bad team, they have had some bad results lately but with time will be better...
2019-07-01 17:41
5 replies
#36
REZ |

dafuqsrsly
Just look at his flag, he probably even used google translate to read the interview... Albanians have worse english than Russians
2019-07-01 17:51
#42
s1mple | 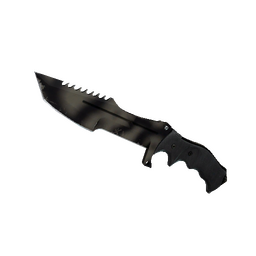