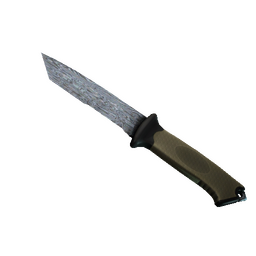 StarLadder has revealed the group draws and schedule for the Europe Minor, taking place from July 17-21.

The eight participants, determined by a closed qualifier, have been split into two double-elimination groups for the first stage of the $50,000 tournament, which will run from July 17-21 at an undisclosed location in Berlin.

The top two sides will earn spots in the StarLadder Major's New Challengers Stage, while the third-placed side will go on to contest the Minor play-in, a last-chance qualifier offering three spots in the main tournament. mousesports are the strong favourites of Group A

The format for the Minor will see a GSL group stage, with best-of-one opening matches, followed by best-of-three series in the remaining stages. The top two sides from both groups will advance to the double-elimination, best-of-three playoffs.

Below is the group draw for the Europe Minor:

Headlining groups A and B of the Minor are mousesports and North. The international mix comes into the event with confidence running high after reaching the top 10 in the rankings, while the Danish quintet will aspire to impress after some time away from a LAN environment, having been out of action since the ESL Pro League Season 9 Finals, in Montpellier.

Below is the comprehensive schedule for the Europe Minor:

ExtremeNiceGuy
Me too, no worries. I just hope for this lineup, and also after the game yesterday vs vitality they can make it. Also I hope that crazy gonna surprise us aswell:)
2019-07-13 13:37
#40

Skym93
They have the potencial. But as I said in my opinion, because I don't like Fnatic and North as teams overall :D i just want to see Maikelele back. But Sprout definitely had a good shot at the major, they have been looking pretty strong recently
2019-07-12 08:00
#55
BnTeT |

daejv_cz
Im being serious, cause I don´t see many tournaments with that balanced seeding. HLTV ranking should be used more often... like in tennis for example
2019-07-11 07:37
#114