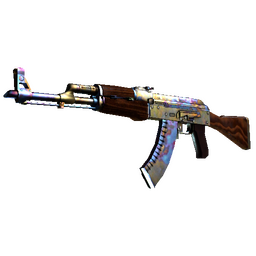 Astralis to split from RFRSH Entertainment

The Danish team and Origen - the iconic League of Legends brand acquired by RFRSH Entertainment in November 2018 - are already operating under a new company called 'RFRSH Teams', a temporary name that will soon be changed.

RFRSH Entertainment CEO Nikolaj Nyholm told HLTV.org that the company will focus solely "on the BLAST Pro Series and other BLAST properties", stressing that the "truly important parts of the teams' and the tournaments' organisations have already been separated".

At this point, a limited number of key people still hold positions of influence within both companies, including Mr. Nyholm himself. However, in the near future, the few people with group responsibilities will not be able to be involved in both projects.

Negotiations have already started with a view to "acquiring the majority shareholding of Astralis and RFRSH Teams currently held by those also involved in BLAST", according to Mr. Nyholm, who guaranteed that the teams "will be fully separated" from RFRSH Entertainment "by the StarLadder Major".

The management behind RFRSH Teams is also expecting "extensive interest from outside investors" in the company, which houses not only one of the most decorated teams in the history of Counter-Strike but also a highly-successful League of Legends squad who finished in second place in the LEC 2019 Spring Playoffs.

Despite the recent criticism targeted at the potential conflict of interest between RFRSH Entertainment and Astralis, and at how BLAST Pro Series' heavy event schedule and business model have changed the landscape of competitive Counter-Strike in 2019, Mr. Nyholm insists that this move has long been in the pipeline.

"Two years ago we spoke about how, after a build-up phase of a model esports team, a tournament operator and a team should not have common ownership," he said, revealing that Astralis are now "a profitable business, unique to the esports ecosystem."

BCon
so cute that you have to roast a team which has nothing to do with this discussion to defend your favorite team, just cause you can't use their current level to defend them lol.
2019-07-13 15:13
2 replies
#302

SuperiorInEveryWay
Yet still wont accomplish what Astralis has. Astralis won 3 Major. LULquid NONE. OMEGALUL Imagine thinking Liquid will even win one. Astralis the GOATs.
2019-07-14 12:39
#54

expectedfrom
its not like they arnt forced to do it if they want to keep attending top tier tournaments, if it was their choice they would keep going with this shit forever.
2019-07-13 02:54
#252

nikol4j
True, we may have tilted them in the past months since people started busting their balls for their association with us. But please do remember, that we also did take them to the top in the first place...
2019-07-12 23:43
3 replies
#255
device |

c0re_
Guess you wouldn't mind answering questions then? :D I read on TV2 that going forward you will focus on making Blast Pro Series the biggest and maybe the greatest E-sports tournament. But if you do not intend to make any chances to the tournament format I personally believe it will be hard. Most of the CS community doesn't think of Blast as a serious tournament, but more some kind of "just for fun" entertainment tournament.
2019-07-13 15:15
#258

traviticus
that's not true. They were contractually bound to Blast to participate in 5 of 7 events. Likely will be contracted for next season as well, like all the other top teams
2019-07-13 14:35
#3
valde |

bfish8
Vitality in the top 3 is a major fluke. Teams will eventually learn how to play around zywoo to an extent which will force them to reinvent themselves slightly. That's impossible for the 3 core of gigantic washups. They know one way to play. They've already had leadership issues. As soon as they start losing in the quarter-finals, which will happen as teams begin to study them now and figure out how they play(don't forget Vitality is rather new as fuck, they haven't had good placings until recently and were an after thought amongst the top tier teams for months), they will have issues as they always do and begin to change players. there are 3 possibilites for this lineup over the next 6-12 months: -ALEX and NBK butt heads again, leading to the removal of ALEX and assumed full-time leadership of NBK. The team stays tier 2 until zywoo leaves or the core is kicked, yet again. -ALEX and NBK butt heads again, leading to the removal of NBK, rpk, and possibly apex. They rebuild around zywoo, potentially with international players. Become top 3. -the 3 guys who have been shit now for two years have all refound their game, have no internal issues, and remain a top 5 team. The chances of the 3rd option happening are about 1/10000000000000. No fuckin way these guys are still together and in the top 5 eight months from now. Lawl
2019-07-13 06:46
9 replies
#241

ban1c
Hahha i can see youre a silver because 1. You wrote an article of a reply on HLTV of all places. 2. Your analysis is complete horse s-t since you believe that teams never change their strategies and players dont develope and increase skill. The whole fucking reason this game is still at all relevant is because teams develope and innovate. Which vitality are critically acclaimed for doing. So as i said: Gtfo
2019-07-13 06:58
6 replies
#245
f0rest |

bfish8
They are? The only thing innovative about this lineup is zywoo carrying the fuck out of them. Otherwise these bots would be retiring when their contracts run out.
2019-07-13 07:00
5 replies
#246

Abolition
+1 At least Na'Vi had Electronic, Vitality needs 1 more good fragger, Kio would be a really good addition that would bring the extra firepower needed
2019-07-13 01:22
#47

Women
Only the smoke radar bug was fixed prior to the major. There was still the command that let you cycle through smoke shapes which was fixed later.
2019-07-12 23:22
2 replies
#200

Stappen
they totally used that bug under the major, while officials were behind them. No way anyone would ever notice smokes changing shapes all the time.
2019-07-13 00:46
1 reply
#222
bew |

Women
I'm not saying they used it but it's not like it would be hard for an admin to miss it. The smoke shape change isnt very noticeable especially when youre 1 admin looking at 5 different screens from multiple feet away and it's something that you wouldn't even think to pay attention too anyways since it was largely unknown.
2019-07-13 01:59
#149

lyannen
Wow dude you have to have the most depressing life in india. How can one be so mad at a team that fully revolutionized the game and helped it grow to it's current state?
2019-07-12 23:19
3 replies
#213

nikol4j
I think the criticism has been valid, but please remember that we created Astralis in the first place... Back when we took over the management of Astralis, they were known as Chokestralis. 🤷‍♂️
2019-07-12 21:24
2 replies
#221

nikol4j
Knowing and working with the players on a daily basis, I know they would wish to differ on this. What goes on behind the scenes can be hard to see from competition streams and HLTV articles. We took over an immensely talented team which had been unable to fully flourish before. We invested in an extremely strong organisation around the roster resulting in a second-to-none performance culture. It required and requires significant investment, dedication and resources from not only RFRSH, but most importantly from the six core individuals.
2019-07-13 08:38
#59

BanMeCunts
Negotiations have already started with a view to "acquiring the majority shareholding of Astralis and RFRSH Teams currently held by those also involved in BLAST", according to Mr. Nyholm, who guaranteed that the teams "will be fully separated" from RFRSH Entertainment "by the StarLadder Major". Do you need help understanding this? They are in the process of buying out people that own shares in both? And later on they talk about investors buying majority. This will without a shadow of doubt make Astralis and their new owners 100% independent in any kind of decision making moving forward.
2019-07-12 23:05
4 replies
#176
larus logreglumadur |

NewDayNewFlag
but they will still be owned by a "different" company (probably ex-rfrsh people lul), that is the point, they aren't going for astralis of astralis it's just a move to make it officially more legit, but shit stays the same
2019-07-12 23:15
3 replies
#201

Conterob
what's this all about? I didn't rly understood much from the article and i don't follow other social media sites, what's blastralis and what is all the stuff ppl talking about those guys? ty for taking ur time to explain incase you will do so
2019-07-12 21:58
3 replies
#163

dev1ce_4_major_s1mple_0_major
Astralis is completely separated from RFRSH Entertainment and offered for sale. Because of the RFRSH, they participated in every Blast tournament, now it won't be
2019-07-12 22:43
#165

rude_wredne
Blastralis = Astralis - because they skipped other events to attend Blast. Also "RFRESH entertainment" owns astralis and blast so people started talking stuff like "conflict of interest" or some shit like that. Apart from that there isnt much I think, just hate towards anything astralis is involved. This article is kinda clickbaity because all "RFRESH" splits from is the brand/name "Astralis" - they still OWN astralis boys.
2019-07-12 22:43
1 reply
#284

xdcc
so this still doesnt resolve conflict of interest... they can have different managements all they want but if same people own it who cares
2019-07-12 23:14
#182

@rex
The damage had already been done. They will forever be known as BLASTralis: the most dominant team in csgo history that threw away their own era for a shitty tournament
2019-07-13 00:26
2 replies
#199
Monkey |

ScanDull
Astralis splitting from RFRSH isn't suddenly going to make them the best team in the world again. A lot of people are seriously overreacting to this news. THAT SAID, while this is a bit expected, it's definitely the best move, especially for Astralis most of all. We'll see what the future holds for them, but I can only see this as good news for all parties involved.
2019-07-13 02:26
1 reply
#274
zonic |

GeorgeForemanGrill
expected
2019-07-13 19:40
Login or register to add your comment to the discussion.