dexter: "We’ve established how we want to work with Sico"

We sat down with Grayhound's in-game leader, Christopher "⁠dexter⁠" Nong, to discuss the team's preparation for the Asia Minor, the recent roster additions and the team’s approach against aggressive playstyles.

Grayhound opened up their Asia Minor run with a convincing 16-7 victory on Dust2 against Energy, followed by a dominant 2-0 upper bracket series victory over AVANT to top Group A of the Minor. In our interview we discussed the team’s preparation prior to the Minor, the additions of Simon "⁠Sico⁠" Williams and of coach Neil "⁠NeiL_M⁠" Murphy, and the squad’s approach to Asian opponents, known for a more aggressive in-game playstyle.

Your recent-most LAN was the ESL Pro League Finals in Montpellier back in June. What has the past month involved for Grayhound?

Surprisingly, the last month for us has involved literally doing nothing. We had some visa issues so we couldn't actually practice; erkaSt had to go somewhere to get a faster visa, a lot of planning and that kind of stuff. It made it hard to practice, so we didn't practice for a solid 3-4 weeks. Then we just had the one week of bootcamp before this competition and it felt good, yeah.

Talk to me about that bootcamp - considering the amount of time you were away from each other, it sounds like you really had to make that week count.

Yeah, we got a lot of stuff done - we started the day at 10 am with CS, played till noon, then we started our scrims from 12 to around 9 o'clock, and then we watched CS till 1 am and just repeated that for 6-7 days. That was a lot of CS that we managed to get down. I think we kind of recovered what we were missing, so yeah, we'll see how we go.

That must've been difficult in the context of bringing in Sico, considering the relatively short space of time he's been on the roster. How have you managed to introduce him into the squad?

It's actually been going well, I've put him into the secondary in-game leader role now. He's a smart player, so it felt pretty easy, just chucked him in there. He's close with everyone and we've established how we want to work, so he just does whatever, kills whatever and works the strats. Everyone plays out their roles, so it's relatively easy.

Do you feel it was just a matter of inserting him into the roles sterling used to fulfill, or have you reworked the in-game approach to accommodate for his arrival?

He pretty much got put into the same basic roles, but after a few weeks we put him into a more leading role, so he gets to choose what he wants to do all the time and we try to make sure he's always active in terms of pushing things, killing things and all that kind of stuff. Yeah, we're just making sure he's more active - it's what we've been looking for and it's what he's done for us.

Someone that's also quite new to the roster is Neil_M, who joined at the end of April. Talk about his addition and his impact inside and outside of the game.

Out of the game, he's a funny dude, so we laugh a lot and laugh at stupid things, so I guess that's what he gives us, as for the in-game he allows me to put more focus on myself so I don't have to watch as many demos or streams of other teams. He does all the work for us, adds extra stuff and generally makes it a lot easier for me to play my actual game. Yeah, that's pretty much what he brings.

Compared to more established teams, you don't see as many LAN tournaments. How does the team adjust mentally in order to focus up before such important events?

To be honest, it's not too hard to focus for these events, really. LAN feels so much better now, we've already switched from lurking online, we love LAN a lot more now because it feels so much more comfortable to play. It's just hopping on and playing, everything is done for you, the tournament organisers just sort everything so it's easy.

It is not too hard to focus for these events. LAN feels so much better now, we've already switched from lurking online, we love LAN a lot more now because it feels so much more comfortable to play
Christopher "⁠dexter⁠" Nong

As an Oceanic squad, you get a lot more interaction with the Asian rosters in comparison to Europe and NA, for example. The general tendency that Asian teams have is a more loose, puggy, explosive style. Is this ever a cause of frustration for the team, or have you learned to adapt to what they bring to the table?

Right now it's not too frustrating, but it used to be because back in the day you didn't know how everyone played. MVP are a really tactical team, but other teams are just straight up pugging you, so you're not sure. With our exposure, we've played them enough now that we kind of label a team as "puggy", so we make sure we're using our utility well etc. It makes our job a lot easier if we just label them, and then we understand how they play. If they play a different style, then we adjust mid-game.

Would you say they consistently adjust? Have you noticed an evolution whereby they're pivoting away from the loose style and more towards the generally-accepted balanced approach?

Apart from the top 3, everyone else is quite puggy in how they approach everything. I haven't played them enough recently to really see the evolution, so I can't really say anything. Maybe after other competitions in the future, we might have more exposure to them so I can fully answer this question, but yeah, right now I'm not too sure on how they approach everything. grayhound
sterling was the problem
2019-07-24 17:55
Login or register to add your comment to the discussion. 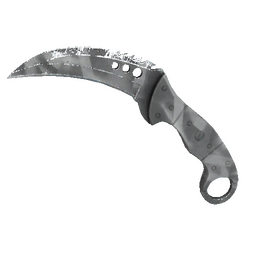