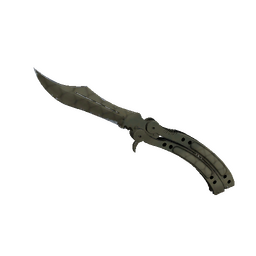 INTZ won MVP PK’s map pick, Vertigo (16-12), before closing the series out on Train (16-13), to qualify for the StarLadder Major’s New Challengers Stage.

After a disappointing loss to DreamEaters, INTZ faced off against MVP PK, who had been unable to contest North in their Play-in opener. The Brazilian team’s two-map series victory marked the end of the Minors, as the New Challengers Stage teams for the StarLadder Major are now set.

A triple by Seon-Ho "⁠xeta⁠" Son on the attacking pistol round on Vertigo gave MVP PK the early lead on their map pick. The Korean side were then able to win against the forcebuy, but gave up the following to a full save. Gu-Taek "⁠stax⁠" Kim played a 1vs3 afterplant situation the following round, but was only able to shoot down two before being taken out as INTZ tied it up, 2-2.

The Brazilians proceeded to win two more rounds with the economic advantage on their side, but Hyun-Pyo "⁠XigN⁠" Lee and company didn’t let the early match slip away, bringing it back to 4-4 and flipping the economic game around. Both teams then went back-and-forth in an incredibly close half, with MVP PK taking the slighest possible advantage, 8-7, as Min-Seok "⁠zeff⁠" Park led the way with 20 kills and 126 ADR. Doubles by stax and XigN gave the Korean team the second pistol round, as MVP PK went on to win the anti-eco and the first gun round, increasing their lead to 11-7 before losing to a forcebuy in which Gustavo "⁠yel⁠" Knittel and Vito "⁠kNgV-⁠" Giuseppe were able to score doubles. A triple by Marcelo "⁠chelo⁠" Cespedes to turn around a 3vs5 situation then gave INTZ another round, as the Brazilians inched closer to tying it up. A triple by xeta kept MVP PK ahead, 12-10, but INTZ continued plowing through on the attacking side to tie it up. With the momentum on their side, they went on to close the first map out, 16-12.

Two opening frags with the glock in a 5vs5 afterplant by Alexandre "⁠xand⁠" Zizi got INTZ off to a flying start on Train, who were then able to cleanly win the anti-eco. A fast A play completely failed, however, as MVP PK mowed down the Brazilian players to get on the board. Fully equipped on the following round, INTZ went back to winning ways, picking off the CTs around the map to end up winning a 4vs1 on the A site. MVP PK couldn't come back on the attacking side of Train

yel got two opening kills against an aggressive push into Main by the CTs, putting INTZ up 6-2 and getting them in a very good situation to take the first half. MVP PK were able to get a couple more rounds on the board, but INTZ dominated as chelo clutched a 1vs2 afterplant to make it 10-5 at the switch.

MVP PK then took the second pistol round to stay in the game, but were immediately countered by doubles from kNgV- and xand as INTZ eyed the finish line on the CT side. The Korean side were able to get some momentum by linking several gun rounds in a row, breaking INTZ's economy and bringing it to 11-13 before a triple with the AWP by kNgV- got INTZ back on track.

After a tactical pause, MVP PK won another round after an execute on the A site, and made it 13-14, but INTZ were finally able to get to match point and close the map and series out, 16-13.

The final team list for the New Challengers Stage, which is set to run on August 23-26 at the Verti Music Hall in Berlin with eight spots for the New Legends Stage up for grabs, is the following: tryptamine
+1 if death threats towards another player + homophobic insults towards an analyst isn't enough to warrant a perm ban from competitive CS then idk why the fuck we even call it an e-sport
2019-07-29 21:37
30 replies
#50
jks |

s1mple_be_baiting
if valve banned players for tweeting then s1mple would be permabanned by now, stop being such a SJW, KNG himself said that his "death threat" was just a language barrier. and he wasn't being homophobic either, he never said that being gay is a bad thing, he just implied that Richard Lewis is thorin's boyfriend because they're always defending eachother aka "sucking eachother dicks"
2019-07-29 23:31
19 replies
#65

Allistar
I understand your efforts and I totally agree with your points but people have already made their minds towards kNg. Nothing that we say will ever change their opinion unfortunately.
2019-07-30 02:03
#66

W0r
+1 Only wise comment there! Asking valve to ban players for their social-media interactions is nonsense. Plus non one has to like a certain kind of people, I mean it's not an obligation.
2019-07-30 02:05
5 replies
#72

tryptamine
why don't you go ahead and tweet "i'll kill you" to your boss on twitter and see if social-media interactions have consequences. if you even have a job, fucking clown
2019-07-30 08:21
4 replies
#77

tryptamine
why not? you said yourself it's nonsense for social media interations to have consequences. so are you gonna back up your words with action or are you just a little bitch?
2019-07-30 17:01
2 replies
#98

W0r
Thank you for showing me your level. I'm not dependent from internet like you seems to be. it's just hate, you want him to be banned, but you are sitting here insulting people saying stupid things like clow and bitch and whatsoever Have a nice life
2019-07-30 20:15
1 reply
#100

tryptamine
he tweeted it during an event directed towards another player at the same event. that's a direct threat, kng is fucking lucky fns didn't press charges. literally any enployer would fire an employee for threatening another employee at twitter, so Valve banning criminal players from events is not any weirded than banning them for throwing or cheating "i'll kill you" is not a language barrier lmfao, if you think that pathetic excuse is true then you're actually retarded btw s1mple has afaik tweeted nothing even close to a death threat
2019-07-30 08:09
9 replies
#81

macrigato
Yes is a lenguage barrier, because people like you and other Europeans take every fucking thing literally,especially the Nordic countries. Just because he said I'll kill you doesn't actually mean he was going to kill him lol, in Brasil and other countries saying "I'll kill you" in a fight means I'm going to beat your ass(you can ask any Brazilian)... not a professional behaviour I know,but FNS was a fucking asshole too and I don't see people asking for his ban, anyone can insult in the internet but face to face most of them are fucking pussies.
2019-07-30 17:05
8 replies
#84

tryptamine
it's still a threat in the most literal sense imaginable, even if kng was so drunk and retarded that he actually thought he was in the favela talking to another low life scum as you would have us think, he still said "i'll kill you" to a fellow non-brazilian CS player
2019-07-30 17:54
7 replies
#85

macrigato
Did you read anything I wrote? I'll just copy paste here: Just because he said I'll kill you doesn't actually mean he was going to kill him lol, in Brasil and other countries saying "I'll kill you" in a fight means I'm going to beat your ass(you can ask any Brazilian)
2019-07-30 17:58
6 replies
#88

tryptamine
oh he was JUST threatening to beat him up? and that's normal behaviour to you? that's some unhinged shit lmao, have you ever in your life been in a civilized country? maybe your ancestors stopped evolving a little too early and are still trying to solve disputes with a wooden club?
2019-07-30 18:14
4 replies
#90

macrigato
You clearly didn't read what I wrote."not a professional behaviour I know,but FNS was a fucking asshole too and I don't see people asking for his ban" It isn't normal behaviour nor professional especially when you're a public figure but it's understandable,we are all humans after all. Most people reacts when someone is fucking with you,you know? When someone talk shit about you, especially in the internet because they don't have the fucking balls to do it in front of your face you stand up for yourself, maybe in your country it's teached to be a fucking pussy when someone it's messing with you , and you have to lower your head and keep quiet, but in mine and I think in most countries we're not so passive. And yes, I've been in a lot of "civilized countries", and when it cames to defend yourself when someone is disrespecting you I think Argentina or Brasil is just like every country I've been to(USA,UK,France,Portugal,Spain). My ancestors are most European, since Argentina population is based in European inmigration just like USA and Brasil. And I'm sure you never left Europe, so how can u talk about a country you never been to? You're clearly the example that retards are in every country despite having one of the best education in the world.
2019-07-30 18:44
3 replies
#94

tryptamine
tl;dr but gl in your 3rd world country where death threats are just another way of saying hello apparently lmao, if you ever make it to a civilized country let me know how that works out for you, would be fun to see you use your "logic" in a court of law hahaha
2019-07-30 19:20
2 replies
#95

macrigato
So you can't even read a short text or you don't have answers for it? Jeez, and I thought that Sweden had a nice education, I hope you're a special case. Good luck being a retard tho, you can be living in every country of the world but it doesn't go away lol
2019-07-30 19:31
1 reply
#99

tryptamine
lol if you think I'm spending time reading your essays just to teach 3rd worlders not to send death threats, as amusing as it is. it would be easier to teach a stray dog not to eat his own shit
2019-07-30 20:24
#74
jks |

TheOriginalBreezer
kNg never apologized personal for his very unprofessianal behaviour toward fns and Thorin, as well as towards Richard Lewis. But that's not the big part about it. He litleraly threaten someone to die, that's not a language barrier, turn it as long as you want, he very well knew what he's tweeting. He even got a second Chance when a great org picked him up. If I was in position of deciding something at 100T I would never pick him up and they paid for that soon after. I made up my mind to him and as long there are no real ment and honest apologizes and steps toward a good role model I won't change my mind. And yes someone threaten another player like he did has nothing lost at a Valve sponsored tournament.
2019-07-30 08:57
1 reply
#82

PropsY
Grow some balls. The threat wasn’t fucking real. Jesus Christ, how can you guys be so naive? That’s really impressive. You live in a bubble that makes you ignorant as fuck regarding many aspects of life, and you my friend, is living proof. If you dislike one of the most amazing agressive awpers of all time based on what you just said, just mean that you are a Beta Male. You know what that is? Better find out later than never, you will thank me in the future. Stop being the victim, stop saying shit about others. Grow some balls and stand up for yourself.
2019-07-30 17:29
6 replies
#86

tryptamine
zzzzz another uneducated favela trying to justify death threats. just because you live on the street and kill each other for cigarettes doesn't mean that the rest of us want your culture
2019-07-30 18:07
4 replies
#91

macrigato
It shows who really is the uneducated here,but I guess people like him exist in every country wheter you have one of the best educations or not.
2019-07-30 18:42
#93

PropsY
I respect your opinion, however, you can’t deny that kNg is one of the most entertaining AWPers out there. Do you remember the PGL Krakow major? Dude, Immortals vs BIG and Immortals vs Gambit were some sickass matches!
2019-07-30 20:09
#26