Five teams will be Major rookies when the StarLadder Major begins with the New Challengers Stage later this month. We have prepared a series of articles so that you can learn about each of them, where they came from and what you can expect from them in Berlin. We begin with the CIS Minor runners-up, Syman.

After qualifying through the Minors, five new teams will enter the Major space when the StarLadder Major begins on August 23. The CIS region will be heavily represented in the New Challengers Stage with three new names, forZe, Syman, and DreamEaters, while the Americas Minor produced INTZ as a newcomer in this cycle, and CR4ZY will make their first appearance, as well, following a successful run on the European side of things. For this occasion we have decided to put together an information sheet of sorts for each of the Major rookies. We dug into their past to learn how the teams came to be and what their evolution has looked like, explained their playstyle and highlighted the star players, quizzed them about their first Major, and capped it off with a little prediction of how they will do when the Berlin event comes around.

The first team we delve into are Syman, the runners-up of the CIS Minor.

Exploding at the right times

The core of Syman began forming itself in March 2018, when the organization was launched with a Kazakhstani-majority lineup featuring neaLaN, Sanjar "⁠SANJI⁠" Kuliev, and coach Aset "⁠Solaar⁠" Sembiyev, who has remained with the squad to this day. That lineup went on to try their hand at various qualifiers for international tournaments without much success, only making it to their first CIS Minor closed qualifier and eventually missing out on a spot at the main tournament with a 9th-11th placing.

Although a few months later Syman managed to surprise at their first LAN showing at the MID.TV Cyber Cup, outplacing teams such as forZe, Nemiga, and Winstrike with a runners-up finish to DreamEaters, the team went through a big overhaul in the second half of the year. t0rick came first and in October Perfecto and Artem "⁠iDISBALANCE⁠" Egorov joined up with neaLaN and SANJI, forming a lineup that would stick together until IEM Katowice.

Apart from their Cyber Cup appearance, Syman lacked LAN exposure, which earned them the infamous "onliners" tag in the eyes of some of their adversaries when the squad made waves at the DreamHack Open Winter qualifiers on the back of big performances from the AWPer, iDISBALANCE, taking down Vitality, Space Soldiers, and AGO before losing to x6tence Galaxy in a close spot-deciding series. Though unsuccessful in their first attempt, Syman impressed at the IEM Katowice CIS Minor

Syman continued to impress on the back of that experience, qualifying for IEM Katowice CIS Minor. Only t0rick and neaLaN had played such a tournament before then — and both placed last in their respective cases ahead of the ELEAGUE Majors in 2018 and 2017 —, so it came as a surprise when Syman traded four maps with Gambit and contested Spirit at the beginning of the year in Poland, improving their status on the local scene.

As it often happens with up-and-coming teams, a big blow came shortly after the promising showing, when the team lost in-game leader SANJI and the star AWPer iDISBALANCE to two teams further up the ladder, AVANGAR and Spirit. neaLaN took the reins while former Tengri star Ramz1kBO$$ and Keoz, a Belgian player with Ukrainian roots who had only played in a handful of Francophone teams, filled the gaps, and a stagnant period followed. All the progress Syman had made was gone and by the time the next Major cycle began, t0rick & co. were barely within the top-100 with no results to speak of.

That is until they made it to their second consecutive CIS Minor, passing the closed qualifier after close matches with pro100 and Winstrike. Two more months of work later, Syman surprised again in Berlin, making it through groups at the Minor this time after demolishing Gambit Youngsters in the decider. Pulling off a tough playoffs run, in which they had to go through two tight matches against DreamEaters and showed a certain level of mental fortitude as they won all of the close maps, including four that reached overtimes, neaLaN's squad clinched a spot in the StarLadder Major New Challengers Stage, having only lost to forZe twice during the tournament.

The youngest team of the StarLadder Major

With all 24 teams locked in for the StarLadder Major and all of the lineups known, it turns out that Syman will be the youngest lineup in attendance, with an average age of just over 20 years. At 18 or 19 years old, Keoz, neaLaN, Ramz1kBO$$, and Perfecto all rank among the 20 youngest players of the German event, with t0rick being by far the oldest member of the squad at 25 years of age. Despite his young age, Ramz1kBO$$ is the only member of Syman to have notable international LAN experience, having played at the WESG 2016 World Finals alongside a K23 mixture and, more importantly, at the PGL Major Krakow Main Qualifier with Tengri, with whom he made his name as an up-and-coming star from the region. After Tengri broke apart in the first half of 2018, the 19-year-old spent much of the rest of the year in inactivity, only having a couple of short stints with AVANGAR and LAN DODGERS before getting his chance in Syman.

When iDISBALANCE left, Ramz1kBO$$ took up the mantle of the team's main AWPer and star at the same time. In the volatile playstyle of Syman, one that is now almost synonymous with the CIS region, the Kazakhstani is one of the most aggressive players on the team alongside neaLaN and Keoz. Because of his choice of weaponry and ability to switch up positions with it, it should come as no surprise that he is the main player responsible for finding key openings for Syman and is the best at it, getting the most opening kills on average (0.13) and with the highest success rate (56%).

Ramz1kBO$$ is statistically Syman's best player across 2019 with other solid numbers such as 0.72 KPR and 0.18 multikills per round, but the worrisome factor is that he didn't quite show it at the CIS Minor outside of a few crucial performances, mainly in the first DreamEaters encounter in the upper bracket semi-finals. In general, his consistency hasn't been at the same level as during the previous years with Tengri, but Perfecto and Keoz have been able to pick up the slack in the cases where the main star disappears, so keep an eye on them if that happens again in Berlin.

We had a quick chat with t0rick and asked him about preparation ahead of the StarLadder Major, the pressure that comes with attending a Major for the first time, and what Syman's goals will be come the New Challengers Stage:

Tell me about what has led to this improvement from the last Major cycle, where you showed some promise but ultimately were far from qualification, to now. What do you think were the main improvements in the last six months?

We mainly improved in the tactical aspect. Also, with the arrival of Keoz in the team and the fact that we switched in-game leadership to neaLaN, our view on how to progress changed, how to react in various situations, and we added structure. Ramz1k added some confidence. There isn't as much chaos as there was before. We mainly learned how to combat nervousness, which plays a big role at big LAN tournaments.

What does it mean to qualify for the Major?

To qualify for the Major means a lot to us, it means that the time we put in hasn't been for nothing. For me, it means that I'm the first Azerbaijani player at such a high level.

We mainly learned how to combat nervousness, which plays a big role at big LAN tournaments.
Maksim "⁠t0rick⁠" Zaikin on Syman's improvement

Do you feel any pressure to perform? You will be the youngest team in Berlin, are you nervous to play at the Major given how little your team or even the individuals have played on LAN?

I think we will be able to withstand it mentally, and even if not, we have a coach who will surely help us with that. There is a bit of stress, but we'll be able to deal with it with the help of our relatives and people close to us.

How are you going to prepare for the tournament, do you have anything special planned?

We're leaving for Königsberg [where the Syman organization is located] on August 9 to bootcamp. We're mainly going to work on the mistakes we made at the Minor, we will try to add some things to our game that we thought of at the Minor, and we'll also put a lot of time into individual form.

With what expectations are you going into the event? Have you set any specific goals?

We don't think we're that far below the other teams, skill-wise. The main goal is to stay in the Challengers Stage and to show quality CS again.

Although Syman have been able to explode at the right times so far and beat the odds after losing their in-game leader and star to other teams within a span of a couple of weeks, the reality is that it is a huge understatement to say they are very inexperienced compared to the competition they will face at the StarLadder Major. You could count their number of maps played on LAN against notable non-CIS teams on one hand, all of which are Ramz1kBO$$'s only, so the whole tournament will just be a big learning process for the whole team and every individual.

The only other team comparable to them in that aspect are DreamEaters, against whom neaLaN's side struggled at the CIS Minor, and that speaks volumes about their chances in Germany. The only thing going for them is the surprise factor, which can be big enough to get you some wins on the board, as other teams coming from the same position have proven at past Majors; Syman certainly have that type of a playstyle — unpredictable, individualistic, loopy, bordering on insane Counter-Strike —, but for them to make it past the first stage would equal climbing to the top of Mount Everest without any gear. thelegend27
actual matchfixers tbh maybe instead just banning ibp you could reduce the cis minor slots and give them to EU instead
2019-08-08 21:45
#91
meow |

Gumpypoo
These disguting fat fucks don’t deserve to be in the qualifier let alone run a fucking article on them fucking shame on you hltv and valve for letting them get this far
2019-08-09 00:47
2 replies
#109

ConAction
they shouldnt even be allowed to participate in this major fucking online matchfixxers!!!
2019-08-09 09:35
#126
TheEntireNationOfKenya |

vinett_
Sorry but cis Minor and asia Minor should be played together as one tournament with 3 slots. They suck hard and the major keep this ass teams instead of more EU power. Make major Fun again
2019-08-09 16:59
#135

loversareintrouble
Their logo is the a copy as Gamersclub's logo, the most played CSGO platform from Brazil, that is owned by Fallen. Gamersclub kindly allowed them to use the logo on the stickers, with no sues. Ez gamersclub sticker
2019-08-10 01:30
#146
onliner |

MeeTaZ
ooooopppsssssss... vitality got DESTROYEDDDD AND North almost lost against Syman...
2019-08-24 10:49
Login or register to add your comment to the discussion. 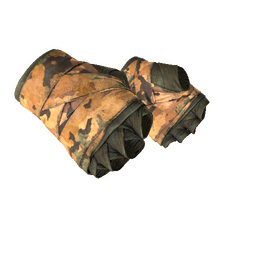