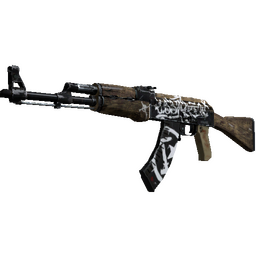 jks: "Compared to the last Major it's a lot more open, we have a better chance of making a deeper run"

We had a chat with Justin "⁠jks⁠" Savage after Renegades pulled off the reverse sweep from 0-2 to 3-2 to qualify for the playoffs at the StarLadder Major.

Despite close losses to NRG and AVANGAR to start off the Major down 0-2 in the Swiss format, Renegades managed to qualify for the playoffs after pulling off a reverse sweep, taking down DreamEaters, FaZe, and G2. jks commented on his lack of big performances at the Major

After their fifth-round triumph against the Frenchmen, we sat down with jks to reflect on how the team left the previous season with a run of three early exits and their recovery from their poor run.

I remember talking to you in Chicago after the horrible run at the end of the season and, at that time, it looked like you weren't clear on how to recover from that bad string of results. How did that translate into the break and into the start here when you went 0-2?

In the break we just chilled out, we didn't really do much, I think everyone just needed some time away from the game after everything that's happened this year. When we came back to the bootcamp, we just had like two pretty much full weeks of practice, we'd only have like five or six scrims but outside of that we'd be doing like four or five hours of theory stuff and working on new strats, new setups, and stuff like that because we felt like we needed a new playbook. We had been running some stuff that was pretty old, so we got rid of things that weren't working and we kept some things that were working and we added a lot of new things. I think that's one of the main reasons why we have a different face at this tournament compared to the last few ones. Like I said before in the Chicago thing, we just needed new strats, everyone needed to be fully aware of what was happening in those strats, which is the case right now, so we did that.

I guess it's working, but yeah, we had a bit of a slow start to the tournament, I think we had 14-16 and 13-16, but that's been that way for the last four months, so we're kind of used to it at that point, it just f*cking sucked, that's about it (laughs). But we didn't stop thinking that we could make it, we were making jokes about it just because it's kind of become a thing for us at that point, and we were joking about what happens if we reverse sweep. I think everyone just kept their heads up and everyone was focused and we came back.

How did you manage to do that, beating DreamEaters, FaZe, G2, especially when from your side you have been missing some of the big performances we saw from you even when it wasn't going so well for Renegades?

I'm not too sure. We were playing against NRG and AVANGAR and they were playing really well and they both qualified. It's not like we played badly versus those teams, I think everyone realizes that it's not like we got blown out of the water or anything like that, not like we played a worse team than us and lost, we played two really good teams, so I don't think we really took that into account as much. Of course we made some key mistakes in these maps, which made it that close, but I don't think we took it to heart or anything like that.

About my performances, of course I know I can still play like how I used to play in the last couple of months, since the start of the year, and I know that it's there, it's just that the things we have right now in the current strategies and the current maps, maybe they're not working out so well for me. I just need to go back and look at them. It's mostly T side, I think, that's the issue. I'm not that comfortable in some situations and I need to find ways to create more opportunities for myself so I can have more impact. Some maps I'm good at doing that but others not so much recently compared to the past, so it's something I need to work on.

I'm not sure if that has to do with playing Vertigo, for example, I'm kind of stuck on that map on my side, at least, and on T side it's sometimes really hard. It's just mostly the T sides that I feel like I'm struggling with myself, so it's just something that I have to go back and look at. Even though I don't think I'm having as good performances as I did in the past, you can see people like liazz and stuff stepping up on the server, doing exactly what I was doing, so they're filling in what we're missing. I don't think it's really that big of an issue, but if I can figure out some things for myself and find some more ways to have impact on the T side specifically, and I guess CT side as well, then I think we'll be even better.

I know I can still play like how I used to play, it's just that the things we have right now in the current strategies and the current maps, maybe they're not working out so well for me.
Justin "⁠jks⁠" Savage

Now that you touched on Vertigo, you have been favoring the map here and kassad was talking about how the team enjoys it, from what you're saying I guess not so much, how is that dynamic for you?

As a team we're pretty good on it, mid-round we make some fumbles and I think we mess around too much and we give them too many openings, which kind of screws because it goes to like a 4v5 or something once we have space and then they retake it. I think it's just something that we have to look over as a team. Once we're all on the same page about it I think we'll be fine, I think that's just the way the map is, some spots are good, some spots are shit, it's just the map in general. It's an okay map, but it's just really weird, sometimes it can be really good sometimes it can be really shit, it's like that meme (laughs).

So far at this Major some of the big teams have been struggling, Astralis made it shakily, Liquid and Na`Vi are still up in the air, ENCE have a dead lineup, and Vitality struggled a lot in the first stage. With that in mind, how do you see your chances against that competition in the playoffs?

Compared to the last Major in Katowice where Astralis were by far the best team, I feel like it is a lot more open like you said, we have a better chance of making a deeper run compared to the last Major. When we played on the stage at the last Major in the top eight we kind of had some stage jitters, we were making silly mistakes that we wouldn't normally make. I think it's mainly because of the massive crowd and I think we weren't really playing how we would normally play. But I think this time around will be a little different. Versus MIBR in that top-eight bracket, they are a team that we struggle against a lot and the way they play, they are really methodical, sometimes we make mistakes and they capitalize on those mistakes, and it's really hard to close it out versus that team. Hopefully, this time we will get a better draw, like a team that we're more comfortable with, and we'll just go from there.

shaggy_is_here
got rekted to 0:2 by nrg and avangar, then won vs dreameaters, somehow luckily won vs choke clan that managed to choke it, and then met g2, literally the worst team in 2-2 right after renegades. the easiest path when faze and g2 eliminated themselves.
2019-09-02 11:46
13 replies
#47
jks |

shaggy_is_here
its just a waste of spot anyway because theyre gonna get deleted by ence. kinda sad that there could have been mouse or g2 or faze instead of these lucky wankers. only respect azr
2019-09-02 16:23
10 replies
#51
jks |

shaggy_is_here
''beat them fair'' like tell me literally a match where you couldnt say this. faze choked hard in two maps and it could be 2-0 with 16-0 swipe on nuke where rng didnt get a chance. then they choked hard on vertigo aswell where they losed to bunch of ecos. g2 is definitely way better team than rng and i have no idea how they managed to lose it vs these wankers. its by far the worst team in the quarterfinals and sadly they have no chance in getting further, unlike other teams that could have been in their position. how i said, only respect azr. otherwise wankers
2019-09-03 17:03
5 replies
#56

ZinedineZywoo
Lmao beating dreameaters and struggeling against Faze and G2 and he thinks they have any chance against Liquid Astralis or Vitality
2019-09-01 17:18
6 replies
#20

freshlywaxedsack
Overrated, wtf most people said they were garbage and a wasted spot in the legends, and a lot of 0-3 picks were Renegades. If anything they were very underrated as they were an underdog in the last two games.
2019-09-02 07:02
#41