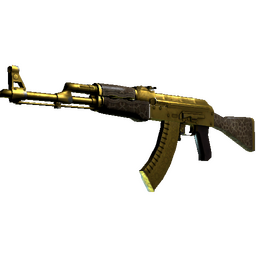 Boombl4: "NRG is a good opponent for us, we feel confident"

After Na`Vi became the last team to advance to the playoffs, we talked to Kirill "⁠Boombl4⁠" Mikhailov about their match against CR4ZY and their opponents in the quarter-finals, NRG.

Natus Vincere made it to the playoffs from the fifth round after a shaky New Legends stage, which they completed with a 3-2 record following a closely-contested series against CR4ZY, coming back from a loss on Mirage and a 10-12 deficit on Inferno to win the best-of-three. Na`Vi are through to the playoffs, where they will go up against NRG

Boombl4 spoke to us after the team's qualification for playoffs about the stressful Inferno and commented on being on the same side of the bracket as NRG, who they will face in the quarter-finals, Liquid and Astralis.

At one point in the CR4ZY series it looked quite dangerous for you after you lost Mirage and were down 10-12 on Inferno after CR4ZY mounted a comeback. Can you tell me about how you recovered to win the map after all and closed out the series?

On Inferno we won hard rounds and we had shitty economy, we were leading 8-2 or 7-2 and we had $2,000, so we were leading but our economy was still shit. We lost one or two rounds, our economy crashed, they came back, and took the second pistol round. It was a little bit of a nervous situation for us. It was really stressful when the score was like 12-10, that was a really important round for us. If we lost that we would have lost the game, but Zeus told us to stay in our positions and not rotate so much, we did that and came back. After that we had the confidence to win Nuke easily.

It was really stressful when the score was like 12-10, that was a really important round for us. If we lost that we would have lost the game.
Kirill "⁠Boombl4⁠" Mikhailov on Inferno against CR4ZY

How stressful was the match for you as still the new player on the team, playing your first Major with Na`Vi?

Maybe I was nervous at ESL One Cologne, but now I'm feeling confident, my team trusts me, I'm not new anymore. So I'm not nervous because I'm new, but in some situations in-game people are always nervous, so it's okay.

In an interview after the previous match, flamie was talking about the team not playing up to par with the practice, being more nervous than usual, have you managed to get past that now?

In practice we played very confidently and then we came to the tournament and lost two BO1s, it's a bit tilting. When you play a BO3, it's okay, and after two BO1 losses, the next match is for elimination. That's why we were nervous, but now after our win against MIBR I think we were more confident, it was an elimination match and we felt like we could lose the first map and win the two last ones. It was a little shaky when we lost the first map to CR4ZY, but we know our Mirage is not good right now.

When I came into the team I said that we would break Astralis, so I want to face Astralis in the semi-finals. If you want to win the Major, you need to face the hardest team.
Kirill "⁠Boombl4⁠" Mikhailov on Inferno against CR4ZY

How are you feeling going up against NRG in the quarter-finals and being in the same side of the bracket as Astralis and Liquid?

turboleifern
I'm sorry, my service provider blocks comments from 3rd worlders, not going to respond to something I can't see mens ) but since you're both s1mple fanboys I'm guessing you're busy jerking each other off ))
2019-09-02 14:53
2 replies
#185

H@ter$_Lov!ng
EZ4ENCE ence gonna win dis major anyways. U talk shit bitch. I have nothing against you but yeah, you are a pathetic shit. Mad coz aleksi benched after major, np bruh, dey will win anywayz with suNny as well. #EZ4ENCE
2019-09-02 14:53
2 replies
#127
olofmeister |

George|Z|friendly_ukrainian
I would say probably the same level of play, s1mple played much better with Edward, so if he wake up Na'Vi can be decent and yea, I love Edward, but he sometimes was a bot on the map, Boombla looks a bit better
2019-09-02 16:14
4 replies
#151

s0mplelosere
maybe only at aiming. He looks very stupid on his positioning, pushing without checking defaults etc. Very bad entry and arrogant af. Did you hear him ghosting "Sosat" and "Domoy" yesterday to cr4zy?
2019-09-02 16:19
3 replies
#153
s1mple |

George|Z|friendly_ukrainian
I don't like this stupid shouting as well, same with stewie about pushes, i'd say boombla had his success and he's not the worst entry and speaking of retarded pushes, I remember Edward died constantly without any trade when he pushed on overpass non stop, same with inferno, he pushed banana and was a free kill to enemy I liked his personality tho much more than boomitch and how chill and respectful he was
2019-09-02 16:26
1 reply
#201

OldCPLproGod
Zeus must have sent Edward on those mission for info or something. Be did the same thing on catwalk to short on mirage as T alone.. since it was like that on so many maps it can't or should not be a coinsidence. I always thought that was really weird.. also a choice in important rounds where navi needed the trades
2019-09-03 04:20
#186

_TT
dude wtf im huge fan of s1mple, and navi from cs 1.6, but boombl4 was a mistake he is not at the level navi needed atm. you can see twitch chat spamming s1mple 1v9. navi's igl cant fragging and hes also a baiter and backstabber btw and there is boombl4 saying when he transferred to navi : i'll eat them, and now he get rekt like almost every game
2019-09-02 17:07
2 replies
#177
s1mple |

Miiiiiiighty
Glorified Edward, which, in my opinion as exepected, turns out to show that Edward's bad performances were a lot linked to him being NaVi's whore positionwise and rolewise
2019-09-02 12:54
4 replies
#54
shox |

Racegunner
Maybe the old NRG. Remember the roster change. Stanislaw and Tarik added to the mix with 3 star players. New strategies and everyone fragging. Na Vi will have a surprise! I believe NRG will 2-1 this.
2019-09-02 13:08
4 replies
#74
KimKardashian |

sometime2
No way CeRq will disappear like always in playoffs, NRG last chance to win is godlike performance from Brehze
2019-09-02 13:20
#75

D4goth
Why do u think so? By how they've played at new legend stage? Btw, Liquid did a lot of mistakes and has been graduated hardly. So what? NRG and NaVi have different purposes: for NRG champ stage is the maximum - NaVi will take the major
2019-09-02 20:35
#194

g00sey
I don't agree with other guy but even though you guys might have the most players in major total, even us aussies have more in the playoffs than you. I wouldn't use the argument you did bro
2019-09-02 23:06
#196
PPOverdose |