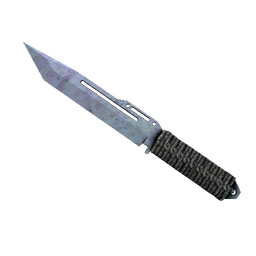 ATK will no longer have a majority South African lineup following the replacement of three players, according to a report by Rush B Media.

The remaining two spots on the team will be filled by Singularity duo Josh "⁠oSee⁠" Ohm and Ricky "⁠floppy⁠" Kemery, reuniting the players with former teammate Ian "⁠motm⁠" Hardy. In-game leader Johnny "⁠JT⁠" Theodosiou will remain on the roster as he himself reunites with Sonic. oSee and floppy are set to link up with ATK

ATK had the upper hand over Singularity in ESL Pro League Season 9 Relegation, but were unable to qualify for EPL Season 10 Americas following a narrow defeat to Envy in the grand finals. Singularity have been unable to qualify for EPL themselves, and were eliminated from contention at the StarLadder Major Americas Minor by Sharks, adding to a lacklustre run of results for the team.

The reported move would leave ATK with just two South African players, giving the team its first American core. The proposed lineup would look as follows: SmokaDaWeEDs
Actually not bad. Lots of potential. Motm has been a fucking beast here lately! Good move getting sonic back! Will be fun to watch these guys grind out a spot! Good luck!
2019-09-04 03:29
2 replies
#46

Edward_better_than_flamie
I would have loved to see hydrex instead of oSee but whatever... this team look better than Singularity anyway lul Singularity freakazoid incoming POG
2019-09-04 03:43
2 replies
#38

Edward_better_than_flamie
Singularity wasnt good overall but I would have loved to see Shakezullah joining coL, maybe with a more experienced player he could have improved as IGL, NA CS kinda lacks young IGL's
2019-09-04 06:55
#21
kennyS |

reapergp
Did they just try do a complexity move. Should Drop JT (pushes ramp and doesnt learn) and Floppy Bring back Blackpoison and Domsterr Much better balance in team
2019-09-04 09:11
1 reply
#61