Nix0n
Reports from Sweden on Tuesday evening indicate that Mattias "Snajdan" Andersen could very well return to SK Gaming.
The Swedish news site rakaka have received information that SK Gaming are currently practicing with Mattias "Snajdan" Andersen, who have been a part of SK Gaming in the past. It's been reported that Marcus "zet" Sundström will no longer be a part of the team, which could very well come as a result of him missing his flight for Cologne (if that is really what happened).
SK Gaming was forced to play with Johan "face" Klasson at Global Challenge Cologne and it now seems like the team wants to replace Marcus "zet" Sundström. Sundström who joined SK Gaming on the 5th of September last year, as he returned from his CGS campaign. If the reports turn out to be true, Sundström will be removed from the team, less than twelve months since his arrival.
Andersen who took a break from gaming on the 23rd of April in 2007, have been seen playing with likes of Blank and Begrip, but it could be time for Andersen to once again wear the SK Gaming jersey.
Possible lineup for SK Gaming:

These are just reports, nothing has been confirmed by SK Gaming yet. Stay tuned as we will bring you updates regarding this case, as soon as new information become available.
#1

pshhh
actually i dont think that's stupid, first, yes he has friends in h2k like niko , but he always had friends in sk like walle for example. H2K beaten SK but sk was weaker has a team, zneel is still intergrating in the team. and sk provides him more opportunites to play world wide then h2k does. At the end of all money talks first and not the passion for the game :c
2009-08-25 22:14
1 reply
#129

souled
he's not new for sk, that's a fact - the problem is that he's not new for the whole game scene, i don't think he would bring anything to sk, they need real new blood, young players with amazing skill and a great motivation
2009-08-26 21:59
#264

mr.progressive
wake up , tentpole isnt coming back. and dont know have you watched sk games nearly cause robban have played awesome. only thing i wonder is how snajdan will perform , we will see that too , gl sk!
2009-08-26 15:42
#12

ninus
but it can be something interesting and unexpected, for expample when mym chaned IGL to kuben, mTw didnt know how mym gonna play and lose it hard my point is, if SK gonna change IGL from time to time, they can shock other teams by their game style but still snajdan doesnt have to be IGL, he can be just a player
2009-08-25 22:23
3 replies
#91

kiitian
zet, spawn, heaton potti vilden never gonna happen, but i saw HeatoN doing sometinng with zowie gear, which is where spawN is. now spawn said he plans on coming back, so...... it will be interreseting what they are planning over there.
2009-08-26 00:15
1 reply
#141

Jonathan E. - HLTV.org
There is an 'Edit' button to add further content to your message after it has been published. Stop playing around with capitals please. Thank you.
2009-08-25 23:00
#75

marTy4REAL
ok zet havent played that weall latly but snajdan ? how manny ingamleaders do they need? iff they are so stupid that they are kicking zet out they shud add modddii/delpan. zet<3 -fyrr +zet in h2k
2009-08-25 23:07
6 replies
#95

mmmmmicke
I really don't believe in this since Snajdan quit from Begrip to concentrate on his studies, and they start NOW. And why would they need 3 stratcallers, if he's supposed to be used as an ordinary player he isn't good enough.
2009-08-25 23:22
#98

ALICE
i think the case is that he lost his consistence. he isnt the kind of player that you could rely on in clutch situations. but ofc he still is one of the better cs players in the world, but if i were to pick one guy and he would have to leave sk, i'd pick zet.
2009-08-26 13:11
#104
ropz |

nxu
3 stratcallers in one team... hmm...together they can come up with unbeatable super-strats and noone will have a chance muahhahaahaa!! :D:D All joking aside, I think SK needs a change and zet is the player who should be replaced. But I'm kind of sceptical about Snajdan as the replacement. Only time will tell... gl
2009-08-26 00:36
#131

souled
are u stupid? This was what we call "irony", ya know when u say sth to mean its contrary. Here, this meant i thought ridiculous to propose the names of old stars who couldn't do anything against the players mouz or fnatic have now :) maybe i should have had been still more grotesq with my examples, but i thought i was stupid enough to say heaton would be good now
2009-08-26 21:55
3 replies
#341

j0nes_fuuck
would be a good lineup..snajdan is wanna of my favorites and you can't really find a smarter player.. wooSai.swe Ian "molander" Molander Marcus "zet" Sundström Alexander "fury" Nystrom Petri "peppo" Dahlstrom Jon "hyvlarn" Edelsvard that would be sweet..
2009-08-26 05:50
#167
f0rest |

BLiXTY
That team would be ownage! Zet is a really good player, very allround, can hold a position by himself and can also do the dirtywork! Tent is one hell of a fragger! Very offensive and solid, most of the times. SpawN, the legend, can play any weapon including awp, prefers M4 and AK though. Can turn a game around completely. Fisker, one of the most underrated player of all times! Also one of my favorite old schoolers, ever! Vilden, one of the most renown awp pro's out there, when he has the AWP, he is just as good as Sunde, Walle or DSN.
2009-08-26 11:58
14 replies
#230

BLiXTY
Zet, Spawn and Vilden hasnt quit. Tentpole just recently quit and he should be easy to bring back. Try not to use caps, it just makes you look lame. Fisker should be relatively easy to bring back if Spawn asks him.
2009-08-26 18:50
2 replies
#308
REAL |

BLiXTY
Spawn said that he never retired, so he was still playing Cs every once in a while. Vilden hasnt quit. Fisker and Abdi are buddies. I just said that Tentpole just quit recently, I bet he is hungry for more.
2009-08-26 22:49
#332
GeT_RiGhT |

Eldboll
It's so hilarious to see all the "WTF KICK ZNEEL HE SUCKS"-posts. The guy have played two events. Like, 2-3 matches or something. Also, in all of those matches, he played frickin awesome. I mean, what the fuck guys. Did you even watch the frickin games? Zneel reads the game, sooo well. I haven't seen anything like it since Bullen stopped playing. He knows exactly when to play aggresive, when to play it safe, where to sit. The guy is a frickin mastermind. Give the guy a few months and all you haters will be sucking his dick sayin "AHYEEEAH ZNEEL YOURE SO AWESOME MAN WTF SIIIICK BEST PLAYER IN SK BLABLABLA". Sad to see zet go, if this is true at all. And I don't really think Snajdan is a fitting replacement. I mean, I love Snajdan. But , he had his prime like 4 years ago. Anyway, hope it works out for the better. Good luck SK, go show all the haters that you guys still got it in you.
2009-08-26 13:36
5 replies
#245

orochi
i know its just a rumor but still. I think this will put them back where they started when they changed spawn with zet. So Personally i would prefer another player over snajdan, A new young talent since story would just repeat itself
2009-08-26 13:48
#243

krux00
Missing a flight has always been a poor excuse for a replacement. :D Snajdan is also a very tactical player. I think he'd be good if he came in SK. walle and RobbaN seem to struggle to take the ingame-leader responsibility lately. Snajdan could help!
2009-08-26 14:22
3 replies
#261

krux00
I'm just kidding... but it seems that in history (not just esports), someone missing a flight was frequently meaning the player would be replaced. Especially when the team struggles to get good results like SK. That's what I meant... :P Of course it's not always, and maybe they kicked him for that but I doubt it. They've been practicing with Snajdan anyway, that's already a sign.
2009-08-26 15:37
1 reply
#267

oEverything
seriously i dont think that the problem of SK was tent nor zet. i think its a global problem, team problem. like they needed to correct defense positions and work tactic-wise.. skill wasn ever the problem imo... but lets see, stupid move imo
2009-08-26 15:43
1 reply
#268

jahvel
I just think that zet lost his motivation and without that you don't practise as much as you did before, You still got the same ammount of skill probably but the other players that are praccing more are just in a better shape. If snajdan praccs alot he can be great for SK. But in my opinion they need a madfragger like fury for example!
2009-08-26 17:18
#282

alakk
SK seems to be forgetting that with SpawN they finished 4-5th event after event. OK, they one Dreamhack summer, but there wasn't really any good opponent there. I don't really believe switching zet will bring them event wins. I think they should stick with the lineup and come up with something new, tactic-wise or take a break from gaming to rise the hunger to win actually some events.
2009-08-26 18:08
3 replies
#301

Sashaa!
Like ppl alrdy told here, its a matter of strats and calling not having a real born caller like Snajdan And to all the ppl that dont know anything about cs, zneel is one of the best players the last tournament in SK. Sadly that tentpole left tho
2009-08-26 20:42
#305

Tyler Durden
That is ridiculous. Snajdan > tentpole?? Are you fucking kidding me? What has Snajdan accomplished? CPL winter 05 and SEC 06, alright? Look at tentpole's resume. Lists of champions. And tentpole is always stable and clutch. Come on tentpole is the best clutch player of cs 1.6 history.
2009-08-27 08:39
2 replies
#338

*2Drake
Snajdan is twice the player tentpole will ever be. Tentpole is the best clutch player in history ? Hahhahahahahah, dude, you really should see how Robban clutches... Snajdan is a player to make sure no clutching will be needed. Counter-Strike has never produced a better team leader, strats caller and coordinator than him. He means much more than any aimer, even one as good as Tentpole. Snajdan is THE Brain. And in case you didn't know, CS is a team game, so tentpole's "accomplishments" do not reflect any kind of "superiority" over Snajdan in any way. Not mentioning Snajdan is able to clutch a round on his own just as well. He's also much more flexible and universal player than tentpole, equally good with rifles or awp. Add it to his unmatched ability to outthink enemy and provide his team with tactics, and try to calculate how many much more he's important and valuable than Tentpole... Even though I do like Tentpole as well, you can't even begin comparing them.
2009-08-27 17:41
#336 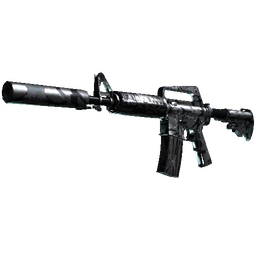