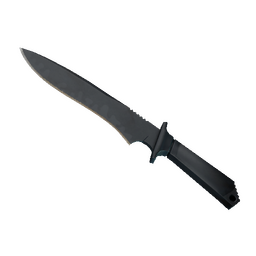 Following a successful 2-0 semi-final series against Renegades, AVANGAR are first to make the grand final cut in Berlin.

The first semi-final commenced on Mirage, where Sean "⁠Gratisfaction⁠" Kaiwai kicked things off with a Glock triple kill, creating space for a three-round lead to be accrued. AVANGAR faltered in their buy round, but managed to recuperate in an ensuing force-buy, thanks to a CZ-75 hold from Alexey "⁠qikert⁠" Golubev, which subsequently allowed the Kazakh squad to equalise the scoreline at three rounds apiece.

Following these lop-sided exchanges, the teams brawled for an advantage, where AVANGAR ended up on top of things, as Renegades found themselves with a fragile economy in the middle portion of the half. Despite remedied finances towards the latter rounds of the first half, the Australian side was unable to produce much impact, conceding the initial half with a 6-9 deficit. Justin "⁠jks⁠" Savage ensured his team brought a foot back into the match with a triple kill USP-S hold on the B site, and despite conceding momentum to AVANGAR's first full-buy, the squad accrued six of the initial seven rounds of the second half. The Kazakh offense found success after a string of consecutive losses, assuming the lead once more, but an astonishing 1v2 B site post-plant that was successfully converted by jks gave the Australian side the needed inspiration to secure map point. The boost was insufficient in ensuring map one for Renegades, as AVANGAR denied their opponents a fast closure, forcing affairs into overtime.

Overtime #1 very nearly saw AVANGAR snatch the Australians' map pick after double map point was secured, but faltered in the process of closing, meaning a second batch of extra rounds. A flawless CT-side performance from AVANGAR meant triple map point for Dzhami "⁠Jame⁠" Ali and company, and following a single round conversion from Renegades, the Kazakh quintet closed out map one with a 22-19 victory. jks was crucial in keeping Renegades afloat on Mirage with a 1.38 rating

Dust2 followed, with jks once more spearheading Renegades' advancement through a USP-S quad kill in the first pistol round of the map. A further three rounds followed in favour of the Australian squad, producing a significant lead, but it proved to be short-lived, as AVANGAR established their dominance from the fifth round onwards.

The unyielding onslaught of the Kazakh offense saw a total of 10 consecutive rounds secured, with Timur "⁠buster⁠" Tulepov and qikert leading the charge at 14 and 12 frags each. This left Renegades stunned, as the Australian squad was only able to secure a single additional round in conclusion, faced with a 4-11 predicament going into the second half of map two. AVANGAR did not relent after switching to the CT side of Dust2, continuing their successful campaign in the second pistol round. The following two rounds saw the teams exchange force-buy victories, leading to weakened economies on both sides. The pivotal 19th round went in favour of the Kazakh squad, courtesy of a strong middle hold from buster. Persisting issues on the offense for Renegades eventually led to map point for AVANGAR, and without hesitation the team cruised to a 16-6 closure on Dust2, securing the first spot in the grand final. Sinthorass
Rly? Imo astralis vs liquid was way more enjoyable. Good storylines. And great 2nd map. Great t sides Vertigo is not that shit, and was a suprise pick and astralis completel, fucked them on this map
2019-09-07 17:54
5 replies
#85
sodaH |

rafio
for the unnatural american hype liquid didnt deliver anything close to this match, they were just unprepared and of course coming from worse continent
2019-09-07 17:58
4 replies
#144

Samsquanch_
Unnatural American hype. Only dominated the scene for half of the year. As if somehow the hype wasn’t deserved lmao Have your fun, shit on NA for not performing in Berlin, go ahead. But don’t pretend like there wasn’t reason to believe they would do well. That just makes you sound like a dumb salty bitch who’s somehow been vindicated.
2019-09-07 19:43
3 replies
#150
sodaH |

ASTRALNINJA
They did find themself as the only well performing team for a few months there and reaped the rewards that they deserved. This is probably the first time they faced tough competition other than some maps here and there against zywoo/ence.
2019-09-08 00:47
1 reply
#177

fanb0yyy
avangar dont have pressure its so nice how they play hope they will win atleast some rounds against godstralis and make a nice final
2019-09-07 17:52
#8

sini_
GG. Avangar were clearly the better team. I hope the boys continue with their form and maybe win some tournaments, good luck in the Finals Avangar
2019-09-07 17:58
#93
Frankie |

FAZE_FAN_FROM_EU
AVANGAR IN MAJOR FINAL. Damn that's really fucking crazy if you think about that. They played great definitely deserved, not like Luckygades.
2019-09-07 18:13
#117

eClipz-AU
Liazz really struggled this match, I wish he would carry more confidence as a person and player. The guy is talented, I think he could use a psychological coach to improve his confidence. He was 13 frags after 53 rounds across 2 maps. 0 on Dust2 after 12 rounds. I know the stage would make anyone nervous, and props to the Renegades for making it so far, I think hiring a psychologist for the team could really help pre-match jitters and confidence as a team.
2019-09-08 03:10
#174
LeX |

nclme1ster
major isn't major now tier3 teams in finals 2 years in a row (ENCE(then) and AVANGAR) I really want to see finals like NiP vs Fnatic or Luminosity(SK) vs. any other team top class another one for astralis.
2019-09-08 11:18
Login or register to add your comment to the discussion.