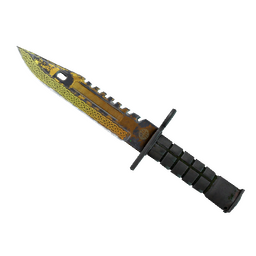 The European Champions Cup is about to kick off, with 16 teams set to duke it out for $60,000 in prize money and four spots at the LAN Finals in Malta.

The first edition of the European Champions Cup, hosted by Eden Esports, the Malta-based company that ran the SuperNova CS:GO Malta, will run from September 16-23 and feature a unique – and rather complex – system with six different stages, all of which with best-of-three matches.

The 16 teams have been split into four double-elimination groups in the first stage of the tournament. The top two teams will advance to the Group Playoffs, while the bottom two sides will battle for survival in the Last Chance Groups. Meanwhile, the eight teams competing in the Last Chance Groups will be split into two double-elimination groups. The group winners will be joined by the two teams eliminated in the Runners-up Playoffs in a single-elimination bracket called Last Chance Playoffs. which will be used to determine the last two teams in the Final Stage.

The Final Stage features a single-elimination bracket but with a couple of twists. In the opening round, the top four seeds will face off for spots at the LAN event and in the last-four stage of the bracket, with the losers going on to face the winner of a match between the bottom seeds. Both the semi-finals and the grand final will be played only for seeding purposes.

The top four teams will secure spots at the Champions Cup, which will be held in Malta in December with an as-yet unannounced separate prize pool.

Below you can find the groups for the first stage of the tournament:

StarLadder Major runners-up AVANGAR will open the action against BIG at 14:00 , with Gambit Youngsters – who replaced Tricked on the team list for tournament – facing Illuminar in the next encounter of the day.

The schedule for the first round of matches is the following:

Eden Esports unveiled over the weekend the talent team for the tournament, headlined by James "⁠BanKs⁠" Banks as the host and Mathieu "⁠Maniac⁠" Quiquerez as one of the two resident analysts. The complete on-air team is as follows:

Below you can find the prize distribution for the European Champions Cup: MIRAA - HLTV.org
Click on the arrows on Instagram to check the next pictures. But an explanation about the format is included in this article
2019-09-16 16:29
1 reply
#22
Hentaii |