Tricked gave the first map of the series up, Mirage, to Virtus.pro, but then won their pick, Nuke, as well as the decider, Train, to lift the hardware in Budapest.

Tricked started out on top on Mirage with a successful defense of the A bombsite. Down by two, Virtus.pro took the first gun round against mostly SMGs and tied it up the following round. The Danes were able to tie it back up, 3-3, after losing the lead, by winning a 2vs2 on the A site. The first map stayed close as rounds went down to the wire, but it was the Poles that were finally able to show dominance on their map pick. Despite a great half by Rasmus "⁠sjuush⁠" Beck, with 18 frags, Virtus.pro took a 9-6 lead at the half.

The second pistol round saw Tricked play with a mid-heavy presence, and despite planting in a 3vs5, they were unable to stop the Polish team from retaking and defusing to further increase their lead. On the attacking side, Tricked started to show some fraying as Virtus.pro inched closer and closer to 16. After losing five in a row and going down 6-14, Tricked turned the second half on its head, winning five in a row and bringing it to 11-14 as the Poles called a timeout to try and revert the comeback. Virtus.pro finally managed to hit match point after a strong A defense, going on to win the map 16-12 with a triple by Michał "⁠snatchie⁠" Rudzki, leaving Tricked stranded on the shore. Nuke kicked off with sjuush downing four players on an A strike to give his team the lead. The Danes took early control of the map, going up 7-4 with creative attacks to open up the bomb sites, but a loss to a forcebuy allowed Virtus.pro to get back into it and control the economy to turn the half around, 8-7.

Tricked tied it back up on the first round on the CT side after a 1vs2 afterplant clutch by Frederik "⁠acoR⁠" Gyldstrand. The two teams then kept it close, going 10-10, but it was Tricked making the correct reads and rotations that started to inch closer to the decider map as they racked up round after round, eventually closing it out, 16-10, to push the series into map three. Virtus.pro got pummeled in the first half of the decider map

Virtus.pro were able to win the first pistol round on Train after a B strike. It wasn’t until the fourth round that Tricked could get on the board, making it 6-3 before the Poles asked to take a timeout. Nicolai "⁠HUNDEN⁠" Petersen and company were impassive on the defense, not giving up a single round until the half, making it 12-3.

HUNDEN won a 1vs1 in the second pistol round despite being killed by Tomasz "⁠phr⁠" Wójcik, as he stalled the Polish player long enough for the bomb to go off, putting Tricked in prime position to close the map out. With 13-3 on the board, Virtus.pro won a B retake with five scouts, which prompted them to start going on a roll and closing the distances slowly but surely do double digits. It was then that Tricked hit match point, with five attempts at sealing the deal. It finally came two rounds later in a 3vs3 afterplant on A which the Danes were able to take to make it 16-11. Knower_Of_Things
A redditor friend of mine heard from his Twitch chat friend that Ence as an org is very shady and even "mafia-like". Probable exaggerations aside, why not stoke the fire.
2019-09-22 22:35
7 replies
#94
swag |

mastur_ch33f
My next door neighbor told me that he once complained about moaning noises coming from your house. He thought your parents must be at it again so he decided to call your dad to which he replied I'm not home... Vodka vodka baabushka
2019-09-22 23:53
2 replies
#121
swag |

TarjaTurunen
All proprs to hunden all over again, years back. He always find players, and create over and over again team from 0 to hero. This guy is amazing, yeah people can memeing about him. But huge respect for Tricked and HUNDEN for his passion!
2019-09-22 22:40
2 replies
#85
Zeus |

faithlessz
Hunden discovered a lot of young danish talents! glad to see! hope to see them more on lan events! decent tier2 team for sure! Stfu kids about Hunden. Yes may be he has bad aim but his brain is nuts. Look how he plays clutches. and he is a good igl.
2019-09-22 22:40
1 reply
#99

lellultopkekxd
Tricked won a tournament? Against those teams? Haha csgo is actually dead.
2019-09-26 12:31
Login or register to add your comment to the discussion. 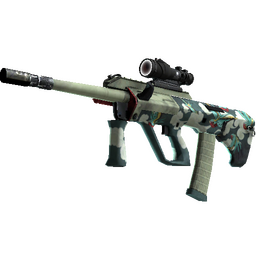