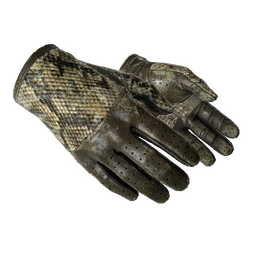 eUnited have announced that they have secured the services of former Cloud9 and Ghost member Ryan "⁠freakazoid⁠" Abadir.

The 26-year-old will step into Kaleb "⁠moose⁠" Jayne's shoes after the Canadian player requested to be moved to the bench to take a "break from the team", according to a tweet from the North American organisation.

freakazoid has been out of action since June, when Ghost decided to pull the plug on their team and keep only Matthew "⁠WARDELL⁠" Yu under a contract. In eUnited, he will link up again with his brother Austin "⁠Cooper⁠" Abadir, with the pair having been part of the original Swole Patrol team, who attended the Americas Minor leading to the FACEIT Major and EPICENTER 2018. freakazoid reunites with his brother, Cooper-

The brothers went their separate ways in November 2018, when Cooper was signed by eUnited, prompting freakazoid to criticise on Twitter his brother's decision to favor "money over loyalty". He later retracted those comments, which, according to him, had been made "out of anger".

freakazoid will have a baptism of fire for eUnited as he will play his first match against the current No.1 team in the world, Liquid, at ESL One New York. The North American event will take place from September 26-29, with $200,000 on the line.

With these changes, eUnited now have: MaximillianMus
yeah, but not like they replaced him, just benched, and imo freak is a good replacement, especially cause marke and his brother already have worked with him
2019-09-23 15:10
15 replies
#52

Silber_
Freak made the promise he made happen, while his brother left him. Then after getting Swole to Pro League he left. And rightfully so. Then Ghost disbanded and reuniting with his brother is a good choice tbh
2019-09-23 15:55
1 reply
#134

Rahmanabdulazizqadirabdizahid
As far as I know, it was because cooper first said he wasnt going to eunited and changed his mind later and ditched swole patrol so they had to get a stand in like a week before a tournament started
2019-09-23 15:12
#51

PaintSpeedDrawer
Nice, good for the image of eUnited because many didnt like them before, but freak has many fans and follower
2019-09-23 16:01
#112

thedudemeister27
tbh freak has normal temperament. he went and ‘bullied’ simple because the ukranian boy wonder was calling his friends retarded and all that shit (which they very well might be) and freak defended them in the dumbest way possible. he isnt toxic like people think he is but he sure isn’t too smart
2019-09-23 21:31
2 replies
#195
stavn |

trixxeeonlan
nah freak is chill i love s1mple but he was asshole on that day i remember i watched the na fpl matches on that day and he was literally abusing everybody and then when freak came in and defended the whole fucking scene started hating him fuck that shit
2019-09-23 21:34
1 reply
#196

na_propagandist
At one point I thought this Eunited roster would break through. At this point the next NA team that's going to be consistently top 20 almost has to be C9. They seem to be the only one with a plan and coherant roles. Of course a good IGL and a top 20 player make that a lot easier. Even if that IGL is Zeus levels of bad individually.
2019-09-23 22:05
#201
Daily Noob |