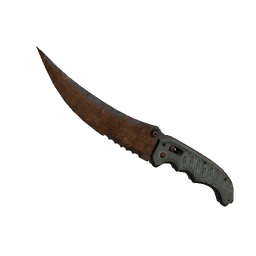 FURIA have announced that they have completed the signing of former Luminosity player Henrique "⁠HEN1⁠" Teles.

The Brazilian AWPer joins FURIA on a free transfer after being released from Luminosity and steps into the shoes of Rinaldo "⁠ableJ⁠" Moda Junior, who has been moved to a substitute role.

This is the first roster change that FURIA have undergone since October 2018, when ableJ was promoted from the academy squad into the main team to replace veteran Guilherme "⁠spacca⁠" Spacca.

FURIA have been unable to maintain the high standards that they set in June, when they jumped to fifth in the world rankings after reaching the semi-finals at DreamHack Masters Dallas and the grand final at the ECS Season 7 Finals. HEN1 signs with FURIA as a replacement for ableJ

Despite picking up titles at the EMF CS:GO World Invitational and at Arctic Invitational, the Brazilians have failed to impress at their most recent big tournaments, crashing out of ESL One Cologne in 9th-12th place and of the StarLadder Major in the New Challengers Stage with a 1-3 record.

The announcement comes just 48 hours after FURIA were sent packing at the Games Clash Masters in the semi-finals by Sprout, a team ranked 20 places below them.

HEN1, who notably helped Immortals to a runner-up finish at PGL Major Krakow in 2017, had been benched by Luminosity in August before the North American organisation decided to release their entire team. With his addition, FURIA could embrace a double AWP setup - the same strategy that MIBR have been using since Vito "⁠kNgV-⁠" Giuseppe was signed from INTZ.

FURIA will make their first appearance with the new line-up in a week's time, at DreamHack Masters Malmö, kicking off October 1. In their first match on Swedish soil, the Brazilians will be taking on G2, whose roster for the tournament remains undetermined. Fortal
Wouldn't that mean that he receives pay without doing anything CS related and can just focus on his life with nice passive income? Doesn't sound too bad.
2019-09-23 18:25
19 replies
#139

SaintedPlacebo
Thats the normal practice for csgo. Look at american pro sports, all of them have hundreds of clauses in them that let the team not pay the players, and cutting or benching players usually keeps them away from the bulk of their contract's value the bonuses for playing and achieving certain goals. TLDR: Its standard practice for players in any sport to lose a lot of their contracts' $$ if they get benched.
2019-09-26 15:40
2 replies
#507

SaintedPlacebo
You are misunderstanding the way money is distributed in pro sports contracts. The bulk of a player's contract money isnt the guaranteed money. You can have a contract that totals 20 mil with incentives, but only have 1-2 mil guaranteed. You earn the rest of the 20 mil during the season and at the end of it after stats and standings are finished being tallied. If you get cut half way through the season you wont get the rest of that contract paid out. To elaborate, it wasnt until Kirk cousins that any player had gotten a 100% guaranteed contract. The NFL has had its guaranteed % rise over the last 3-5 years but realistically anything above a few percent is only going to be offered to elite players.
2019-09-27 13:54
#121
Aleksib |

DenjeNoiceGuy
Overrated. Also , dunno why they sign awper if they already have decent awper and igl. They had to sign kng but too late. Heni is inconsistent and succ most of the time. Art is good enough awper.
2019-09-23 19:31
3 replies
#466
trk |

flamieistilted
doubt, the buyout might be huge with some weird thing going on in case you get benched. The 5 year contracts are to lock the player out, they wouldn't just give up on it or have a insane salary for a benched player.
2019-09-23 18:33
6 replies
#189
Aleksib |

Mamppa
I highly doubt what u said. I think many modern countries have a law for that. The contract is made so the player has consistant income (the salary said in contract) and for the org to get a player in their line up (he has to compete for in the LANs and practise and cant change team) Its win win for both sides. The player has the same salary as when hes in the lineup because otherwize a team could always bench someone with really small salary and get a new one. And that isnt fair. The org is wasting alot money on his salary now and are more than happy to release the contract.
2019-09-23 18:40
5 replies
#202

flamieistilted
People where saying that brazilian laws for those things are really shady, so i don't doubt he is gettign a really low bench salary with really high buyout. They would't make then sign a 5 year contracts if otherwise imo. But if there is something shady going on, somebody is going to leak that sooner than later. I really do hope he is getting well paid though, and his buyout is lower now (not that people would buy him out, he is bad)
2019-09-23 18:43
4 replies
#232

albuquerque
Brazilian working laws are very strict, ablej is safe. He'll receive less because of some other stuff, like marketing participation, prizes and stuff like that.
2019-09-23 18:49
3 replies
#251

flamieistilted
I didn't meant working laws, I meant laws about players and buyouts. IIRC, the same laws that goes for football teams is for esports, and they are fucked. but i will be lacking more info, on it, and i'm making my assumption based on it, i could be wrong.
2019-09-23 18:54
1 reply
#292

albuquerque
The e-sports scene is not regulated yet, so the Pele's Law (the law wich regulate Brazilian athlets contrats) arent effective for those. They probably made a outsourcing contrat, and hired them under the civil law, but yet, the working laws here are so protective that he can be protected by the CLT (Consolidation of Labor Laws) in the case of litigation. The e-sports scene in Brazil sits in a legal limbo, so those contracts are probably analyzed by a hybrid of the Civil Code, Pele's Law and the CLT. But, by the Protection Principle, the CLT will be used in most of the cases. Even soccer players are using the CLT here.
2019-09-23 19:20
#454
Liazz |

paradox1caL
FURIA CEO: "This contract is an incentive and reflects the trust in our potential for the following years" Nice one, good luck sitting on the 5-year bench, fucking geniuses. :)
2019-09-23 18:23
2 replies
#107

SwellisReborn
lmao this guy is absolutely whack one of the most overrated players by br retards, hit a nice shot for every 20 sitters missed utter trash GG to the other guy spending 5 years on bench now org is next level retarded
2019-09-23 19:34
#313
sexperience |

jUPPE!
The org wouldn't have agreed to 5 year contracts if the bench salary was significant. Those guys are businessmen, they know what they are doing. He will get very little salary or no salary at all.
2019-09-23 21:09
#389

AVERAGEPOLISHGUY
Remember when the org was telling the players to be loyal when there was rumors of kscerato being bought out by MiBR. I guess the org doesnt have to be loyal to the players, seeya ableJ
2019-09-24 08:03
#475

lusketa
defuse motherfucker
2019-10-01 13:09
Login or register to add your comment to the discussion.