Nix0n
The Grand Final at Inferno Online League FINAL4 should see H2k Gaming and Begrip clinch swords.
First map dust2 saw H2k Gaming starting as T, Begrip did bring home the pistol-round, which lead to a strong Begrip CT. H2k got back into it, halftime score in favor of Begrip 8-7. H2k claimed pistol-round as CT. Begrip came back with strong attacks. The teams continued to go neck-and-neck in the match. Björn "threat" Pers  defuse the bomb in bombsite B, while Faruk pita Pita was unable to make it in time to stop him, all tied 13-13. Begrip continued their attacks, which paid off the following three rounds in a row, which secured them a 16-13 win on dust2.
H2k Gaming then pick nuke to be the second map, Begrip did however claim the rights to start as CT. Starting as T should not stop H2k Gaming from winning the pistol-round, as they executed a well working attack on the A bombsite. Begrip continued to dominate, taking a strong 11-4 lead when switching to T.
H2k Gaming took CT pistol-round and following two eco rounds by Begrip. Begrip was put to the ground in their first buy-round, where H2k Gaming simply put a stop their attack. Begrip was able to secure their first round in the fifth round of the second half, where H2k Gaming was forced to retrieve, as Begrip took out three their players. Begrip secured their last round as H2k Gaming was forced to buy deagles, bringing the score to a total 16-11 on nuke, overall 2-0.
IOL FINAL4 2009Best of 0

Lions
2
Best of 3
0
This crown Begrip champions of Inferno Online League FINAL4. The team will be awarded with great prizes from Philips and a bag of cool cash.

H2k Gaming who lately has shown strong play, was defeated by Begrip who really stepped up their game, as they also showed great play at the Swedish World Cyber Games qualifier. H2k Gaming's Björn threat Pers was polite enough to congratulate the Begrip members with a "great played today guys", before leaving the server.
Stay tuned for demos, POV's and statistics from Inferno Online League FINAL4.
#1

kHOOO
Didn't see the games but in the first and in the second map a team that lost 2 pistol-rounds and can be strong enough to win the game has to be very strong. GG Begrip and Gl for next projects and Games!
2009-08-31 00:34
#53

klwN
great job, I'm really glad about all this, have been waiting for young teams to really step up in Sweden for a looong time. I hope we will soon be able to see what they can do against mTw and such. Begrip always has been a talent-pool along with EYEballers back in the days, but of course they never kept their good players. will probably be the same with this team unless they get more sponsors and can send them to most tournaments.
2009-08-31 01:18
#64

Bullseye2k
Well if that's the situation then SK are top4 in Sweden and they are in the bottom of the list.. which is really bad for them. SK needs to kick their cs managment and their cs team leader, and to let Snajdan build their team and lead it, both outside and ingame. Begrip played reallllyyy great, pita and moddii are both amazing players and the teamplay of Begrip is also great! I hope they can play like that in the long term. Congratz! :)
2009-08-31 08:32
#74

tedor_
exactly, I'm hoping for that too. Although I don't think Begrip can block bigger organisations from picking up their best players. The best thing would be that a big organisation bought the whole team.
2009-08-31 14:04
1 reply
#94

CH34732
well individ has just to make a contract with the players that they can sign. but for this individ has to give something like money or pay them trips to lans outside sweden and scandinavia.
2009-08-31 14:50
#80

love44'alex
Joke??why do you think zet should deserve a better team?? Sweden has so many excellent teams and player!!Do you think zet will join fnatic??In Sweden,fnatic is the best,SK is second!! the better team you say means fnatic??OH ,OMG,fnatic despises zet,why??because zet is shit !!his frags are always 0-13 , 1-12,0-15 or only 0 frag in a match!!Do you think a better team will chose a player(zet) who can't get any frags !! zet is a garbage aimer ,his consciousness and cooperation with team members are so bad..... No matter who chose zet ,it will be a tragedy!!!
2009-09-03 03:48
6 replies
#112

BLiXTY
Please, just use one question mark, one exclamation mark and a space before beginning a new sentence. I meant as in, Zet deserves a team that can bring out the best in him, obviously SK is not that team. I never said he'd join Fnatic so that argument was useless and brought the discussion nowhere. Fnatic players, and organisation are very professional, they cant "despise" him. Besides, Zet doesnt have 0-13. If you ever watched SK's matches you wouldnt be on the webs trying to be a smart ass. Zet always does the dirty work, Zet always walks in first when the rest of the team knows there are enemies there. If you look back to NiP, you'd see that Zet CAN play good in a team. He does play good now and he is a great person, but he needs a team that can let him play how he likes. You complain about him and that he is trash, but dude, WTF have you accomplished so far?! You probably sit in your mums basement and complain over Zet cause you KNOW you cant play half as good as him. Now, if you've got some spare intelligence, please spare me a reply. Troll.
2009-09-03 14:18
5 replies
#114

BLiXTY
FFS do you have any problems reading?! First of all, read what I freaking said: "I meant as in, Zet deserves a team that can bring out the best in him, obviously SK is not that team. I never said he'd join Fnatic so that argument was useless and brought the discussion nowhere" God damnit dude, learn to read if you want to have a discussion. He does NOT have any passion and does not roar in the games these days so I dont know what you get that from, you clearly dont watch alot of SK's games since he is almost always in the top 3 frag score. Do NOT bring up Fnatic again.
2009-09-04 23:14
#115

sir_psycho_sexyy
no!!! they were played very good vs fnatic before IOL
2009-09-01 23:04
Login or register to add your comment to the discussion. 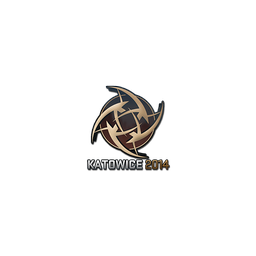