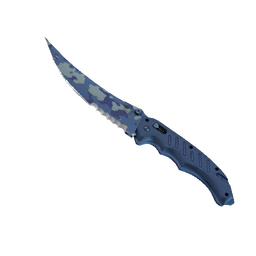 JW: "The hard work starts now; we can't approach this like last time and expect [more wins] to come naturally"

We spoke to one of the champions of DreamHack Masters Malmö, Jesper "⁠JW⁠" Wecksell, about fnatic's grand final triumph over Vitality and about the first win with the new lineup.

The hard-fought battle of the grand final began with fnatic dropping a 14-12 lead on Dust2 to start the series with a map deficit, but they equalized the best-of-three once they didn't let Vitality do the same thing to them on Inferno, recovering in overtime there before closing the series out on Mirage thanks to a dominant CT side. After the match, we got a hold of JW to talk through the problems with closing maps on Dust2 and Inferno and their source of strength in overtimes, where they've shown a lot of resilience, winning all three maps that went past regulation for them throughout the Swedish tournament.

The 24-year-old also commented on winning his first event in front of a big Swedish crowd and on what fnatic need to do in order to continue succeeding with their new lineup.

On Dust2, Vitality came back from the 12-14 deficit with four in a row, what happened in those last four rounds and how did it slip away?

I would say I made a very, very big mistake, I think it was at 14-12 when I was rotating to top mid and I was going to lock them out from rotating back from long. I don't know, for some reason I thought they were going to save or something, but shox caught me off-guard, and I think we played that 3v3 pretty poorly. That cost us a lot of mental strength, I think. We kept going, but it just didn't work out. I think we messed up Dust2 in general, especially by that round, when we lost that it was really hard to come back from it.

Something similar happened on the second map, not being able to turn that 15-10 into a win and it went to overtime. What did you struggle with there and how did you manage to recover in overtime?

We got a bit overhyped, I think, and we wanted to put it into their faces, we went aggressive, but aggressiveness doesn't really work against them that well. That round was not good and it was a bad call for us to play aggressive, I think. They started to play really well and we started to be a bit stressed out, so we made some poor rotations and bad decisions overall. But then in overtime, flusha said to everybody "just calm down, take a breath, we're going to do this thing on banana and it's going to work, just play calmly, communicate calmly, and we're going to do this easily." We started to play very calm, I would say, and his banana take worked the first round, so we knew they weren't going to go banana again and we didn't play three there. And then the last round we won was actually a sick call by flusha, where they knew we were going towards A, it was a few seconds left and flusha said "they don't have banana control, make a lot of noise, rush down mid, so just do that and we're going to sneak up to A again." We did that and Brollan caught RpK off-guard on short, I think, and the other guys were in rotation, so that call was amazing and definitely closed out the game for us.

At first, it was supposed to be flusha as the in-game leader and call for us, but now that we got Golden instead we just said from the start that flusha was going to be involved.
Jesper "⁠JW⁠" Wecksell

You've definitely shown some resilience at this tournament with three overtime wins. Now that you're talking about flusha calling in overtime, I remember that was the case with the previous versions of fnatic, as well, where he often stepped up in that position. Is that your source of strength in these situations?

Yeah, definitely. Before, it was more like a thing within the team that we didn't really talk about and it just happened, but in this team, when we built it, we said that flusha is going to have more say in in-game leading. At first, it was supposed to be flusha as the in-game leader and call for us, but now that we got Golden instead we just said from the start that flusha was going to be involved. Golden is totally fine with that, as well, and he thinks flusha has really amazing calls and is a really smart player, so the whole team is fine with that and it is a strength for us now. Tell me about the domination on the CT side of Mirage, was it easy to read them, figure out what they were doing?

Kind of, I would say. We knew that they would play a lot on ZywOo, flash over A, let him peek CT, stuff like that. They want to set up ZywOo for peeks, basically, and I think we were able to counter it early. Then I think they lost confidence a bit and started to make some poor decisions, and also we had some lucky rotations, KRIMZ had one insane round that gave us 15 rounds, for example. But I think when we closed down their early peaks in the beginning, they started to lack confidence. That's just how it goes, I guess.

If I'm not mistaken, this is your first win in front of a big Swedish crowd. You've won countless titles but none with so much support behind you, how did that feel?

It feels amazing. Especially, as you said, being in front of our own fans. It was a bit rough in the beginning, playing against NiP, because NiP is the biggest Swedish brand and all that. But yeah, I think we won the crowd over on our side after we beat Astralis, so it felt great to have this amazing atmosphere in the final and to even close it out for them, as well. We have been kind of jinxed during the Masters tournaments, we have failed so hard at them every time, especially in Sweden, and we didn't really have these kinds of events in Sweden when we were dominant, so it feels amazing and it feels kind of like that they get this for our earlier domination they missed out on.

We need to move on, we can't approach this like last time and expect us to just do it naturally, we need to first think about how we made it happen, and then we need to progress and make it even better for next time.
Jesper "⁠JW⁠" Wecksell

Now, considering this tournament had a lot of a new teams, people will obviously say that we have to wait until fnatic play at the next event, how do you see that at this point?

I totally understand that. I think it's natural, it's even a good thing. I hope and know that we're not going to be satisfied here. The hard work starts now. Fluking one tournament obviously can happen, even though you have to play really, really good, of course. We can take tonight off and party, that's totally fine for me, but tomorrow it's back to the drawing board. We need to move on, we can't approach this like last time and expect us to just do it naturally, we need to first think about how we made it happen, and then we need to progress and make it even better for next time. I understand people doubting us for the future, but I'm confident that we're going to keep working really, really hard and hopefully prove them wrong.

Julka
This team can do very well. We have a great combination of players from one country, everyone has his role. I wasn't sure about Golden, but it looks like he's doing a great job. I really like it that flusha is also calling. It's good for Golden, he can focus on playing better
2019-10-06 22:29
2 replies
#70
chrisJ |

Tyrell_Wellick
JW became much more mature and humble with the time and even admits, that his behavior back in the days was often wrong/unacceptable whereas other players (caugh gla1ve caugh) get cockier with every day
2019-10-07 10:27
2 replies
#78

nocturnSRB
Yeah, jw improved as a person and as you say magisk and gla1ve are cockier and more selfish as the time goes on. Also didn't cold say he made device cry because he told him that device was cocky and didn't talk to him when astralis was #1
2019-10-07 12:04
1 reply
#91

Sluttysally
gla1ve just plays the rivalry game, and yeah, magisk is cocky in front of a microphone, but hardly ingame. The clip where he gets scolded by a teammate in dust2 after winning the 3rd major is a good example. He's a good guy. lulwut story about device... Speaking of cocky, just look at cold, fer and not to mention apex and especially Tarik. F* that guy...
2019-10-07 15:41
#73

AyayaMaruyama
Thanks JW, very cool! xd Definitely most improved mentally and had a better way of approaching things both in and out the game, definitely have a chance to restart their era! I do hope they keep working hard to get better.
2019-10-07 10:45
#79

LxDoughty08
Nice to see them doing well again, hope they didnt just get lucky, though it doesn't look that way.
2019-10-08 00:47
Login or register to add your comment to the discussion.