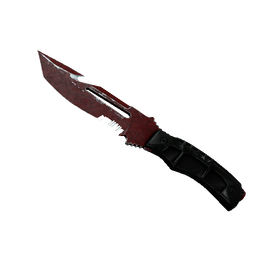 The organization has announced that one of the youngest members of the team, the 20-year-old Aleksey "⁠El1an⁠" Gusev, will be taking on the in-game leadership duties as three Kazakh players join the side. Hobbit returns to action with Winstrike

Hobbit, a Major winner and Top 20 player of 2017, joins Winstrike after an underwhelming tenure with HellRaisers, while Aidyn "⁠KrizzeN⁠" Turlybekov makes a move from AVANGAR where he was benched in March after facing health issues. Completing the roster is Viktor "⁠Lack1⁠" Boldyrev who has little international experience, but has impressed with Se7en, boasting a 1.15 rating over the last three months.

Team coach Ivan "⁠Johnta⁠" Shevtsov said that the roster "has necessary qualities for growth and has great perspectives", with a good balance of young and experienced players.

"Experienced players will help young and promising ones to progress faster, while young players will energize the team. I believe in this team and look forward to the first LAN-tournaments, but there is a lot of work to do. And we, finally, are ready to start fully." - Johnta

The Ukrainian coach also touched on n0rb3r7's omission, stating that he did not fit well in terms of roles:

The team is currently in competition in WePlay! Forge of Masters S2 and SECTOR: MOSTBET, with their new lineup debuting today at 19:00 against NAVI Junior. Algat 'smiley' Abdul
Time is adjusted to your selected timezone @bloodR1g
Meh, don't have any faith in this lineup for some reason. bondik and hobbit are good, perhaps el1an is not that bad but still, meh. I think even Na`Vi.Junior are way better than these out dated players. bondik has to retire just like Zeus and Edward, your time is gone brother.
2019-10-07 16:26
1 reply
#95