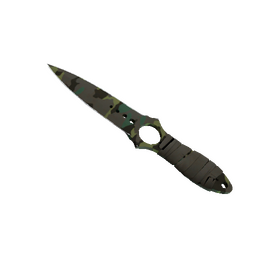 New Identity round out ESL Pro League list under Singularity

The New Identity roster has signed with Singularity and will represent the organisation in ESL Pro League Season 10 Americas, it has been announced.

The North American squad will replace the remnants of the previous Singularity iteration of the team in Cameron "⁠cam⁠" Kern and Alan "⁠Shakezullah⁠" Hardeman, who have been linked with a move to Chaos along with Joshua "⁠steel⁠" Nissan, Gage "⁠Infinite⁠" Green and Ben "⁠ben1337⁠" Smith.

New Identity, headlined by the former eUnited trio of Skyler "⁠Relyks⁠" Weaver, Michael "⁠dapr⁠" Gulino and Will "⁠dazzLe⁠" Loafman, will be fill the last spot in Group C, joining Liquid, Renegades and ATK. The team were sitting at the top of the standings in ESEA MDL after winning their first five matches of the tournament. Relyks and company have signed with Singularity

Former NRG coach Ian "⁠Immi⁠" Hardinghas been recruited on a trial basis after guiding the team in recent weeks and should stand behind the players in their Pro League matches, scheduled for October 15-17.

With Singularity rounding out the participants' list for ESL Pro League Season 10 - Americas, the groups will look as follows: na_propagandist
Actually I'd be willing to bet Sharks could take some scalps in Europe. They aren't that good, but they have a good AWP and they've shown decently online. THe rest can definitely go however.
2019-10-08 17:08
4 replies
#35
kennyS |

Bernie_Sanders
yep. Its cause before, all their teams were mediocre but talent was spread across the entire region over all the teams. Now, all the talent is on 2-3 teams right now and the other teams still have developing talent.
2019-10-08 18:20
#53