The first series of the day began on Overpass, Natus Vincere's map pick. The Russian-Ukrainian-Slovakian mixture didn't look convincing as they started things on the CT side, with G2 grabbing an early 6-4 lead on the offense. However, AWP multikills from Kirill "⁠Boombl4⁠" Mikhailov and Ladislav "⁠GuardiaN⁠" Kovács helped steer the ship back on course, seeing them take an 8-7 lead before half time. Rounds were traded early in the second half, but Aleksandr "⁠s1mple⁠" Kostyliev and co. then grabbed hold and closed out Overpass by winning seven out of the eight next rounds for a 16-10 final score. On Mirage, G2 looked strong right from the start, chaining four T rounds together to put Natus Vincere on the back foot. The CIS side only managed to pick up sporadic rounds as the Nemanja "⁠nexa⁠" Isaković-led side looked confident on the offense, finishing 9-6 up. With a great kick-off on the CT side, winning six out of the first seven rounds, G2 were sitting on match point and seemed like they would close out the map easily (15-7). Natus Vincere made that task difficult by continuously hitting the A bombsite and clawing back from man-disadvantage rounds, bringing it back to 15-14, but eventually faltered as Nemanja "⁠huNter-⁠" Kovač locked down the B Short approach.

Lastly, Dust2 was on the cards, where Natus Vincere once again started slowly, finding themselves 7-3 down on the CT side. Just like in the first games, that is when s1mple and co. woke up. After the switch (8-7), with seven rounds won in a row, Natus Vincere grabbed a big lead on the Terrorist side, 14-8, before the French-Serbian side managed to get their defense in line. Just when things were starting to too scary, Boombl4 got his side on match point with a 1v4 ace, which helped Natus Vincere finish the game off, 16-13.

HellRaisers and Windigo were fighting for a place in the second group stage, with Windigo's pick, Train, starting with a 3-0 lead to the European mixture. Vadim "⁠Flarich⁠" Karetin and Alexander "⁠scoobyxie⁠" Marynych combined for HellRaisers' first on the defense, starting a strong streak for the CIS side. They were up 7-3 when Ali "⁠hAdji⁠" Haïnouss found a way into the bombsite with a Deagle, pushing Windigo to six rounds before the half ended.

HellRaisers extended their lead thanks to good play from scoobyxie and Žygimantas "⁠nukkye⁠" Chmieliauskas in the pistol round, finding themselves up 12-6 when Valentin "⁠poizon⁠" Vasilev started coming online and locking down the approaches with the AWP. The score was tied up at 14-14 when scoobyxie's quick double put HellRaisers on match point, which they converted on thanks to some crisp AWPing by nukkye in the following round. ANGE1's squad will return for the second group stage

Kirill "⁠ANGE1⁠" Karasiow closed out the pistol on Inferno, giving HellRaisers early momentum on the T-side of Inferno thanks to successful hits onto the bombsites (6-1). Saving guns round after round ensured Windigo at least had a decent economy which they used to win two rifle rounds mid-half. Still, HellRaisers kept their composure and continued out-rotating Kamen "⁠bubble⁠" Kostadinov's team to finish the half strongly, 11-4.

bubble and Sabit "⁠mirbit⁠" Coktasar grabbed two kills apiece to win the pistol round for Windigo, which put them in a position to start a comeback on the offense. HellRaisers got their first CT round as soon as they got rifles in play, but dropped a promising situation in the followup, ceding more control to Windigo (12-10). In the final rounds of the map, Flarich's heroics from pit got his team over the hump, closing the map 16-11 and the series out 2-0. N0Love
Not to his old level, but with his motivation back he can still be a really solid awper imo. Can't imagine how relief he feels finally being out of the Faze shitshow
2019-10-20 11:40
#27
Zarin |

@FyreCS
Angel has had too many times to make his teams work... Nukkye should go to Cr4zy to replace LETN since they both are secondary awpers and Nukkye is way better than Letn
2019-10-21 01:42
#33
twenty3 |

Denysis
Yeah, I mean CR4ZY with nexa as IGL achieved really good results, so I think it's logical that G2 took him to be IGL and huNter. AmaNEk could be still helping with some calls though.
2019-10-20 21:59
#53

killmichi
Although his stats are decent, Kenny was not playing good in this series imo. Especially on Overpass he missed so many shots that would have had huge impact. Its again just hunter and nexa carrying them frenchies :D I think G2 has potential but the french core either has to step up or one of them needs to be replaced.
2019-10-20 10:18
#96

Cheeperdeeper
Cheering for, they're still good
2019-10-21 10:20
Login or register to add your comment to the discussion. 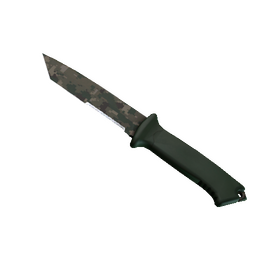