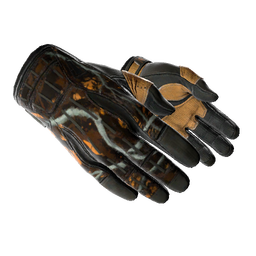 ESL has announced that ENCE will be replacing Liquid at IEM Beijing as the North American team pulled out citing a dense schedule.

The 8-team $250,000 IEM Beijing is slated to take place on November 7-10 at the Beijing University Students' Stadium, with four of the to top five teams in the world invited to attend before Liquid announced their withdrawal. In a video on Twitter Jonathan "⁠EliGE⁠" Jablonowski talked about the toll traveling has taken on the team, the reason they cite for their withdrawal from the event in China. Having qualified for the ESL Pro League Season 10 Finals and the BLAST Pro Series Global Finals, Liquid will have a full schedule as they are also slated to play BLAST Pro Series Copenhagen and are in contention to make the ECS Season 8 Finals.

Taking their place will be the Finnish side ENCE, who have played BLAST Pro Series Moscow, ESL One New York, and DreamHack Masters Malmö since the end of the Major. Currently on their calendar is the CS:GO Asia Championship which is slated to take place in Shanghai, China, 10 days after IEM Beijing, making their invitation to the tournament a natural choice.

With ENCE substituting Liquid in Beijing, the team list is:

yoshko1337
There shouldnt be esports events in china just bcs if ur saying truth publically u cant go there and thats basically against rules of anything competition-related, besides they want to annex stewie so it might cause military conflict and liquid would choke against mm randoms so tyloo would destroy them
2019-10-22 17:36
#201

Sinthorass
wrong, astralis skipped events and then became shit.. liquid is skipping because they are shit now. and dont want to be jetlagged and lose to tier 3 teams again like grayhound in malmö lol its ok to skip events, but you shouldnt accept an invite and then realize you have no time for that
2019-10-22 13:22
1 reply
#180
Twistzz |

GiveMeMyForeskinMens((
Lmao Liquid Enough said and enough of that flukequid team. The most trashest team to be ranked 1 in the history of counter stroke. Choose a new team mr.streetstealer
2019-10-22 16:40
1 reply
#221

DaddyAllu
agree they would need some lan results first. Im not buying their online results just yet but if they can qualify for some lans and actually play well on lan then I'd be interested
2019-10-22 14:56
#20
twist |

Niko0
When do average silver hltv users understand how good x7 actually is... Also AleksiBob wont go back to Ence. Also replacing allu would be retarded. With Aerial i agree, also ZehN is quite underrated
2019-10-22 12:44
1 reply
#147
steel |

DaddyAllu
yeah agree aleksib wont go back and I think allu is underrated as an awper. He is not known for making flashy plays but he does put up some good results. Im not so sure about that -aerial but it might work out. I just wish ence never changer their roster
2019-10-22 14:57
#25
TheEntireNationOfKenya |

TrashSportsREEEEEE
Bullshit. Astralis is also going to all the tournaments that apparently make Liquid “too busy”. Go EG! They don’t skip events at least...
2019-10-22 12:57
5 replies
#66

TrashSportsREEEEEE
Oh you’re right I forget BLAST is literally in Copenhagen. Yeah that makes a lot more sense. I would’ve just skipped ECS tbh cuz there’s no guarantee they qualify, but if they wanna give a free Grand Slam to EG then that’s fine.
2019-10-22 13:01
3 replies
#78

Notb8ing
ECS is the one event that is in states though. Also I would think Liquid as organisation feels it is important for them to take part events in usa, seems actually way less likely they would skip such event.
2019-10-22 13:09
2 replies
#83

TrashSportsREEEEEE
I just remember them almost skipping Cologne for the last ECS and then failing to qualify.
2019-10-22 13:13
1 reply
#84

Nickzim
Astralis is going to attend both BLAST Pro Series Copenhagem and IEM Beijing. Wtf Liquid, the following tournament is going to be later on november 28th. How do you want to be the #1 of the world again skiping important tournaments like that?!
2019-10-22 15:16
2 replies
#170

Nickzim
If they travel right after the ECS S8 NA Qualifier they'll have more than 1 week to adapt. Also, they could bootcamp in Europe. They just don't want to lose to Astralis in both tournaments.
2019-10-22 16:44
#164

GiveMeMyForeskinMens((
Chinese fans are like 150cm tall and their eyesight is really limited due to their weird small eyes, doubt theyll punch him
2019-10-22 16:45
2 replies
#182
device |

Goofyraider
china = fake nation they even scammed in orienteering world cup last week :D
2019-10-28 12:36
Login or register to add your comment to the discussion.