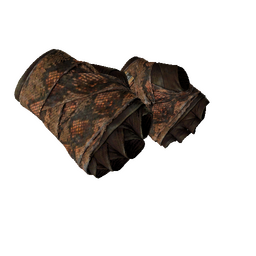 Due to scheduling issues, Grayhound and ORDER will not be competing at the $100,000 eXTREMSLAND 2019 Asia Finals, with Genuine and Ground Zero coming in as replacements.

While the announcement of the two Oceanic teams pulling is revealed just a few days before the start of eXTREMESLAND 2019 Asia Finals (November 14-17), the overlap with the ESL Pro League S10 APAC group stage (November 16-18) was an issue known since the Oceania Regional Finals which took place at the end of October in Sydney. The four teams involved — Grayhound, ORDER, Chiefs, and AVANT—, and two tournament organizers attempted to find a solution, the obvious one being changing the ESL Pro League dates, but according to a report by HTT News, AVANT was against that proposition, which stopped it from happening.

With the original dates sticking, Grayhound and ORDER decided to pull out of eXTREMESLAND and prioritize ESL Pro League Season 10, while eXTREMSLAND decided against inviting the next two teams based on the Regional Qualifier (Chiefs and AVANT) as replacements and have instead given the chance to Oceanic squads Ground Zero and Genuine. The decision was explained in the official statement from the tournament organizer:

"Over the past few weeks, and after countless discussions with all teams involved as well as ESL Australia and ESL Global, we have come to a decision. Because there were so many elements to the equation (including visa statuses, logistics, fairness etc), we believe the final decision had to do it’s best to overcome these issues while remaining true to the competitive spirit of eXTREMESLAND." - official statement

The updated schedule for eXTREMESLAND 2019 Asia Finals, which will take place on November 14-17 in Shanghai, China, is now as follows:

Meanwhile, the following four squads will fight online for one ESL Pro League spot in the APAC group stage on November 16-18:

FiddleWiddleMyDiddle
Avant r dogs they decided on a date but a an went against it so order and greyhound had to withdraw. And a an probably thought they would be a replacement but that backfired for em.
2019-11-10 15:19
3 replies
#44

sini_
Avant thought they had a chance for a pro league spot if grayhound and order weren't there. I'm sure they decided to ditch extremeland for the fact they want to deny a spot from avant. Lol
2019-11-11 02:49
1 reply
#78

cedd
The four teams involved — Grayhound, ORDER, Chiefs, and AVANT—, and two tournament organizers attempted to find a solution, the obvious one being changing the ESL Pro League dates, but according to a report by HTT News, AVANT was against that proposition, which stopped it from happening. cunts
2019-11-10 15:19
3 replies
#30

Rene_Gade
isnt it weird that 1 team refusing to reschedule can cause all this? if a workaround really was blocked by avant, that is a dick move. holds back our scene internationally.
2019-11-10 17:20
#40
woxic |

CLEGGY
Yeah it's honestly so confusing. Avant didn't even take an extremesland spot and they have zero chance of.making it to epl final. Snake sterling still mad Grayhound kicked him
2019-11-11 01:00
2 replies
#57

globalinvestigations
If you have lost your bitcoins to theft or scam or access to a cryptocurrency wallet due to hardware failure, data corruption, lost passwords, or for any other reason, you need to work with trusted experts to ensure that your files are recovered and remain secure. Recently, cryptocurrencies have generated tremendous interest among investors and internet privacy advocates, and currencies like Bitcoin, Ethereum, and Litecoin have soared in value over the past year, making them targets to scammers, Logical Metrics has led the data recovery industry in technological development. Unlike competitors, their rates aren’t based on a percentage of the recovered funds, but rather the complexity of the case. Recovery begins as soon as you provide the required information and service fee, so you have complete peace of mind as your case progresses. Contact Michael @ btc-recovery .com to recover your lost and stolen bitcoins to scammers and fake hackers.
2019-11-11 14:47
#73

Schweinepriester
the fuck is a turkish team doing in an asian qual. in every other sport they participate in eu quals. scared of the superior eu opponents?
2019-11-11 22:49
Login or register to add your comment to the discussion.