Singularity, who have replaced Complexity in the second stage of ESL Pro League S10 Americas, will be fielding Robin "⁠robiin⁠" Sjögren as their fifth player.

Overhauling their roster cost Complexity their spot in the second group stage of ESL Pro League Season 10 Americas, as Kristian "⁠k0nfig⁠" Wienecke and Valentin "⁠poizon⁠" Vasilev were unable to participate, having already taken part in this season of EPL, representing OpTic and Windigo on the European side of things. As Cloud9 declined the opportunity to replace Complexity, Singularity was next in line, getting the spot. robiin will be helping out Singularity in EPL

However, Singularity has lost a player since the first stage, Collin "⁠wrath⁠" McSweegan, who has since moved to Swole Patrol. In their recent online matches, Singularity have been fielding Jordan "⁠Zellsis⁠" Montemurro, but he is not eligible to compete in the second ESL Pro League group stage as he attended the first one with Swole Patrol. Looking for someone to fill the gap with, Singularity opted for a European player who represented the organization in 2017: robiin.

"I am super excited to be back in the SNG shirt and very grateful to be given the chance to represent them in ESL Pro League! I am confident we can surprise and give the other teams a good fight for that finals spot!" - robiin

"I am delighted to have Robin back in Team Singularity for the ESL Pro League, and I hope we can qualify for the EPL finals in Odense together. So much has happened since he was last a part of the organization.

"We have remained friends after we went our separate ways, and I am looking forward to give him the chance to shine in North America! I am excited to travel to Los Angeles with him today!" - Atle S. Stehouwer, CEO & Founder Team Singularity

robiin is a Swedish player who made his mark early in CS:GO by attending the first Major, DreamHack Winter 2013. He was out of the spotlight for a while after that due to a VAC ban that was placed on his account in 2014. robiin protested the ban, but it was only overturned after four years, allowing him to attend Valve-sponsored events again since 2018.

Singularity have not revealed if they intend to keep robiin long-term, but they will field the following roster at ESL Pro League Season 10 stage two:

The second stage of ESL Pro League S10 Americas will feature eight teams split into two groups, with only the best team from each group advancing to the ESL Pro League Season 10 Finals. Aside from the changes to Singularity in group A, eUnited, who are in group B, recently announced the return of Kaleb "⁠moose⁠" Jayne to their lineup, benching Anthony "⁠vanity⁠" Malaspina and passing on the in-game leader role to Ryan "⁠freakazoid⁠" Abadir. 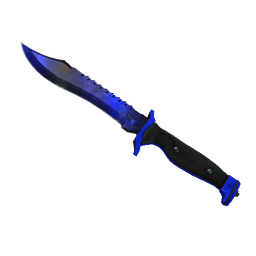