Two months after announcing the signing of their squad, SMASH and their roster have parted ways.

The organization didn't disclose the reasons for the cooperation coming to an end, but hinted at Martin "⁠STYKO⁠" Styk and co. going to a new home shortly. In the announcement, SMASH also stated they have an "awesome fresh line-up waiting" to replace the departing team, with the announcement of the five players expected soon. During their tenure with SMASH, the roster made progress by climbing from #73 to #32 in the world rankings, securing a spot at the $100,000 We! Play Forge of Masters S2 Finals LAN, where they are expected to debut under a new organization on November 15-17.

The following players are no longer tied to SMASH: HLTVDatingExpert
Wouldn't be too surprised as SMASH is a Belgian org, so they may wanna get the belgian fans on board for marketing purposes
2019-11-13 11:52
13 replies
#112

daesoulae
niveraa and misutaa are unproven i think scream ex6 logan happy sixer isnt great but its better than whatever they have right now. since happys igl you can throw in one of those upcoming stars i think and -ex6
2019-11-13 13:15
9 replies
#124

IM_NOT_GETTING_COVID19
hahaha Maikelele was crying about signing them for 4 months and 2 months later they drop them xaxaxa poor flatearther
2019-11-13 12:08
3 replies
#78

IM_NOT_GETTING_COVID19
Read styko's twitter smart-ass, smash were looking for another players to sign and didn't tell it to them, so they decided to leave as soon as they knew that, the whole team was on trial contracts, and smash org didn't even pay salary to them, I mean even if they wouldn't leave themselves they were going to be dropped whatsoever, source : styko twitter
2019-11-13 16:17
#73
Get_Rice |

lol_n00bs
When i said flame this team on twitter so they would disband noone believed me. I said 6 weeks max Look now 2 months later hahahhaa kicked. Rekt. Ez botmaikelele. This cancer ruins everything lma♿️
2019-11-13 12:29
4 replies
#180

HentaiConnaisseur
Hmm, yeah could be, Friberg is a free agent aswell. There are so many free/benched players, they could build a pretty good team with that. ginx.tv/en/cs-go/csgo-free%20agent-bench.. Edit: With Tier 3/2 team I meant the old Smash lineup btw, i meant that they could've gotten something much better for the amount of money they have.
2019-11-13 14:30
#130

Unelma_Sirpa_Leena
Peeps here doesn't really read the article, they just read the topic and then go "omg shitty nochange disband pls maikelele earthflatner sucks hard and krystal should retire". But what can you expect from 15 year old kids... They even don't know why Smash and NC are apart now, and honestly, i don't even know if they care.
2019-11-13 18:44
#206 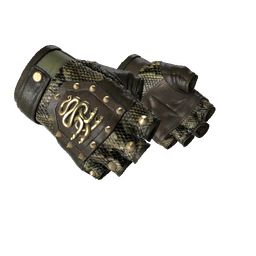