Nicolai "⁠device⁠" Reedtz has been named the Most Valuable Player (MVP) of ECS Season 8 Finals by HLTV.org and betway.

The eighth season saw the Dane earn his fourth MVP award from the FACEIT-organized tournament series, after he had led his team to three other titles in the second, fifth, and sixth season.

In Dallas, despite an unremarkable start device was once again an important factor across all of Astralis' wins that led them to the title, with great series against fnatic and Evil Geniuses pushing them to the grand final against Liquid, which he helped lock down with a decisive performance on the third map, Dust2.

With that, the 24-year-old beat teammates Emil "⁠Magisk⁠" Reif and Lukas "⁠gla1ve⁠" Rossander as well as two of his opponents from the title decider, Keith "⁠NAF⁠" Markovic and Jonathan "⁠EliGE⁠" Jablonowski, to the award, clinching his third of 2019.

device now has a total of 15 MVP awards to his name, the most out of any player by far, extending his lead over Christopher "⁠GeT_RiGhT⁠" Alesund and Kenny "⁠kennyS⁠" Schrub, who have ten each. Ancient@$$$
NiKo is obviously mechanically gifted, but I really doubt that he is among the best. Plenty others have hit his peak and have arguably even reached a higher level of skill. (At least for a period of time). Realistically, since the Boston major his form has been significantly below that of his former self. Thus its a bold statement to say he is the second best player to ever touch the game IMO.
2019-12-02 03:32
9 replies
#71
blackpinklisa |

pmb
i think it is well established that this german team was better when niko left. there was a honeymoon period for faze when guardian was hitting every shot and karrigan made some neat strats, true. i dont think niko made them top2. in fact, i feel like faze is struggling for so lang because nikos playstyle demands extreme space and his teamplay is very one dimensional. when niko is not hitting shots, this is not paying off.
2019-12-03 17:53
#116
dupreeh |

pythonvalle
I feel like we are in the same situation as we were last year with s1mple vs Device, but this time with ZywOo instead of s1mple. How are they going to balance individual skill with team achievements. And yes, this year I think s1mple is completely out of contention for #1 this year, it has to be zywOo and device taking the two top spots.
2019-12-02 11:30
2 replies
#112

DanishDelight
Zywoo shouldn't be nowhere near Device this year.. Zywoo had a phenomenal breakout year, but thats it, they won one tournament, but didn't even play in half of the big events
2019-12-02 13:36
1 reply
#120

Stewie2k_is_overrated
I think that it became a meme at some point. It's the same with the eco and exit frag thing. Everyone who actually watch astralis matches (or at least check stats) knows that it's not true. Lie to people many times and they will think it's the truth.
2019-12-02 11:37
#102
shrek |

nicemilitant
I love Astralis, I love all players. Even though I think device is the best, in my opinion gla1ve deserved Mvp more than him in this tournament.
2019-12-02 10:39
9 replies
#98

nicemilitant
I liked his calls and playstyle in the grand final compare to others and he is definitely one of the smartest players. device is the best though its an another point. but wait my friend woxic is coming xd
2019-12-02 20:41
4 replies
#132

DanishDelight
so you think that Gla1ve deserves mvp over Device, due to the only match you saw, the final, where Device had better stats? Alrighty then :D lol you are free to have your opinion, but we are not going to agree on that... Where is woxic coming? to his moms house for nice food again?
2019-12-03 10:11
3 replies
#135

DanishDelight
Zywoo had an exceptionel breakout year, but no contender for top1 yet..maybe next year, if he continues the same way he did this year, and they actually start winning something
2019-12-03 10:15
#105 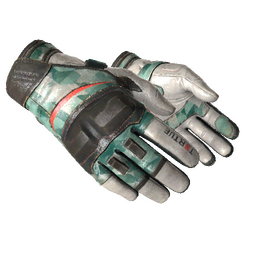