North have confirmed that star player Valdemar "⁠valde⁠" Bjørn Vangså has completed a move to an "unnamed team".

The news all but confirms that the 24-year-old has inked a deal with famed Dota 2 organisation OG, who have been tipped to create a star-studded international line-up led by Aleksi "⁠Aleksib⁠" Virolainen and also featuring two-time Major champion Nathan "⁠NBK-⁠" Schmitt.

valde, who had been an inactive player on the North roster since October, leaves the Danish organisation after over two years on their books, having been recruited from Heroic in August 2017.

valde leaves North after two years with the organisation

During his time with North, valde won three DreamHack Open stops (Montreal, Tours and Valencia, where he also scooped the MVP medal), the DreamHack Masters event in Stockholm and the GG.BET ICE Challenge. He was named the 20th best player of 2018 after an impressive year in which he was North's top performer at nine of the 14 events that they attended, and the team's second-best player at the other five.

"The time has come for me to try something new and go down a different path in my career," valde told North's website. "I could feel within myself that it is the right decision, and it is always with mixed feelings leaving something behind that has been a huge part of your life for more than two years now.

"I got to play 35 tournaments and lift four trophies during my time in North, and all of them played a role in creating some of the most memorable moments I have in my life."

North, who brought in René "⁠cajunb⁠" Borg to replace valde, will be in action at the ESL Pro League Season 10 Finals and at DreamHack Open Sevilla before the end of the year. According to Christopher Håkonsson, who was appointed as CEO in September, the company will undergo a revamping in 2020 as he looks to unluck the "untapped potential" at his disposal.

"With a new and clear strategy, which we're working hard on finalizing at the moment, both in the sporting and in the rest of the organization, I believe that we'll develop strongly in 2020," the North CEO said.

"We've got some super exciting announcements in the pipeline that we're looking forward to showing to the world." LeDiplomate
Finland has a great scene carried by GOAT IGL Alexsi "Two-faced" Toledo. He is widely known for his tactic of rush B, but turn back and kick Alexsib. An alternative to this tactic is rush A, but turn back and go home without any trophy.
2019-12-02 17:13
#3
oBo |

maXX_CZ
All in all quite dissapointing. I was looking for few new interesting teams and all that happend is teams just sold rosters to another org. And this lineup doesnt seem that much interesting (if NBK rumours are true especially).
2019-12-02 18:14
1 reply
#177
RpK |

FrenchProtector
Valde NBK and aleksib on the same team doesnt sound interesting? Could be one of the most fundamentally sound teams. So much knowledge and teamplay based players.
2019-12-04 07:02
#137 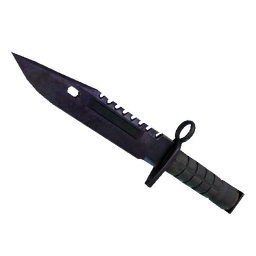