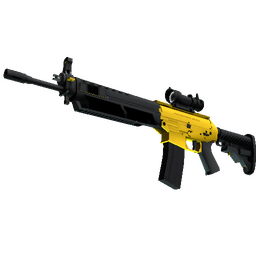 ATK and Renegades move on in Group B's lower bracket at the ESL Pro League Season 10 Finals after picking up wins over North and Sharks, respectively.

Day two in Odense began with the Group B elimination matches to determine which two teams would join TYLOO and Heroic as the first sides to be eliminated in the tournament. North, who had been sent to the lower bracket by Liquid, continued to struggle against North American opposition as they lost out to ATK, a newcomer in big stages, after giving another poor account of themselves.

The early stages of Overpass, North's map pick, were keenly contested as there was not much separating the two teams. However, Aran "⁠Sonic⁠" Groesbeek then took matters into his own hands and powered ATK to a dominant run with a series of multi-kill rounds, hitting the 20-frag mark in the 12th round. With the game starting to get away from them, North picked up the pace in the dying stages of the half, bringing the deficit to a minimum with a 1v2 clutch from Jakob "⁠JUGi⁠" Hansen in the final round.

Sonic continued his rampage with a trio of kills in the second half pistol, kicking ATK further into the lead. That was the start of a very painful half for the Danish team, who could not keep up with the pace exhibited by the North Americans, who would not take long to end the game. ATK were far too strong for the Danes of North

Heading into Vertigo, Sonic said in an interview that he expected a strong performance from his team on Vertigo, and that is precisely what happened. After losing the initial three rounds, North were able to respond and bring the deficit to a minimum, but then a 1v2 clutch by Ricky "⁠floppy⁠" Kemery in an eco round kick-started a demolition job as ATK took a commanding 12-3 lead.

More misery was to come for North as they were destroyed by Sonic while attempting to enter the B site in the pistol round. With no margin for error, North gathered themselves and finally showed some solid work on this map, but by then they were just too far behind to be able to recover.

Meanwhile, Renegades recovered from a false start to beat Sharks in a scrappy three-map series over on the secondary stream. The Brazilian team went into the game with a dark cloud hanging over their heads following MIBR's reported interest in meyern, but they shook off the feeling of uncertainty with a dominant performance on Dust2, Renegades' map pick.

Starting out on the CT side, Sharks took control of proceedings from the offset and dominated the Renegades side en route to a 10-1 lead. A victory on a shoddy buy gave the Australians a much-needed lifeline, with the ex-Grayhound squad taking two more rounds before heading into the break.

Ollie "⁠DickStacy⁠" Tierney came up huge in the second half pistol with a quad kill in an A retake to help his team overturn a 3v5 deficit. But there was to be no respite for the Renegades defense as the Sharks onslaught continued, with the Brazilian team locking down the map after a four-round winning streak. Renegades came back with a vengeance on Mirage, where they were in control for the entirety of the first half. Any round that Sharks won was immediately traded back by the Australians, who went into the break up 11-4, with DickStacy topping the scoreboard with 15 kills. Sharks kept themselves in the game as they won the following pistol round, but their comeback hopes would be immediately crushed as Renegades rallied back in the next round and went on a dominant run to wrap up the map.

It all came down to Nuke, the map where Sharks had pushed Astralis to their limit at the ECS Finals. The Brazilians looked a far cry from that match as a sluggish start saw them win just one of the opening 11 rounds of the game. A sequence of rounds - briefly interrupted by an MP9 ace from Simon "⁠Sico⁠" Williams - brought Sharks some respite, but they knew they had a mountain to climb to be able to turn the game around in the second half.

Sharks came from the break looking a different side and twice brought the deficit to just two rounds - first at 9-11 and then at 12-14. However, there was no stopping the Australians, who closed out the series with a 1v2 clutch from Joshua "⁠INS⁠" Potter. Ele2easy
Well ofcourse NiP fucked up a bit but the System is still shit. NiP faced North in a groupstage match not some qulification match or sth. So NiP, North and G2 end up with 6 points. Head-to-head NiP beat G2 and G2 beat North before so thats useless. G2 got +2 map diff. And NiP and North +1. so next step in that esl-system is to just compare the games between the tied teams mapwise. NiP got -1 and North 0 but its retarded to cut out the BIG Games cause North lost a map against the 0 points #4 in the group. Now you can start aguing whether thats worse or not but the rules should Not leave space to argue. Should be points>h-t-h>Maps>rounds.
2019-12-05 17:30
1 reply
#111

CALM_BAITER
North is an absolute disgrace. If I was North management I would fire all 5 of them TODAY. They get so much money for being this trash!? Absolutely disgraceful.
2019-12-04 15:05
4 replies
#44

RealPissant
North was lackluster even before Cajun came, he's not the origin of any problem, it is something fundamental that is wrong.
2019-12-05 05:36
#40

mikecool
N♿RTH should rename themselves to S♿UTH. Atk came to play. NT sharks, I honestly thought Renegades would lose after the first game, but they really showed up on mirage and Nuke. Ggz
2019-12-04 15:14
#41
DickStacy |

*Tpo-_-JI.b*
A win in this bo3 for ATK is already a good showing considering its their first big lan appearence, so even if they lose the next bo3, they should only concentrate on the positives of the played games and move forward firstly to continue improving the positives that worked and secondly start working on minor adjustments of thing that didnt work in their next lost match so in any case they need to stick together and remain positive whereas it would be the opposite for highier rank teams such as north being knocked out of the event who might need to reconsider their roster :)
2019-12-04 16:25
#91