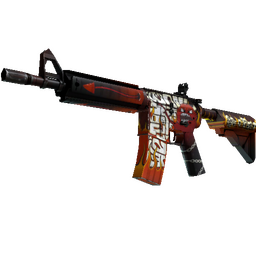 forZe take revenge on EG to round out EPICENTER group stage

forZe have won a rematch against Evil Geniuses 2-1 to ensure the second seed in Group B.

forZe took their revenge after losing to Evil Geniuses in the opening match of the group, when the North American side fielded Igor "⁠crush⁠" Shevchenko instead of Vincent "⁠Brehze⁠" Cayonte, whose return in the rematch didn't have the desired effect despite the star ending the series as his team's highest-rated player.

With the victory, Bogdan "⁠xsepower⁠" Chernikov & co. have secured a favorable matchup in Heroic in the quarter-finals, putting Evil Geniuses up against Natus Vincere in a high-profile clash on the other side of the bracket. Nuke kicked off the last series of the group stage and it began with the two teams going at it in a back-and-forth forcebuy war, until eventually Evil Geniuses came out on top to take control of the first half on the CT side, clinching a 9-3 lead spearheaded by Tsvetelin "⁠CeRq⁠" Dimitrov's AWPing outside.

Although forZe closed the first half with three in a row, they found themselves unable to compete against the North American team's offense, which went on an undefeated streak on the back of a pistol round win to claim a series lead at 16-6 before going over to their own pick, Mirage.

The difference was like night and day from the opening map, as the Russian squad were the ones to come out on top of the forcebuy battle in the early stages and with Andrey "⁠Jerry⁠" Mekhryakov picking up a couple of triples in a row, they started mounting a huge defensive half. Peter "⁠stanislaw⁠" Jarguz's 1v2 clutch in the second-round forcebuy ended up being the only round the North American team could convert in the entire map, as forZe never let their foot off the gas even when their opponents switched up the pace with some fast tactics, equalizing the series with a 16-1 whitewash.

Things looked dire for Evil Geniuses when forZe strung six rounds together after a pistol round loss on the T side, but they were able to stabilize thanks to some individual heroics from CeRq and stanislaw to end the half with six to their name.

Nonetheless, with Almaz "⁠almazer⁠" Asadullin putting up a triple in the pistol round, the home team cruised to 14-7 and were relieved to be able to close out the big lead despite an earlier fumble against Virtus.pro, clinching the higher quarter-final seed from Group B at 16-10. lybrel
Well according to Attom Research, the biggest purchasers of million-dollar homes in US are the following surnames: Chen, Wang, Lin, Zhang, Wong, Wu, Liu, Huang, Li, and uh... Smith. So the best NA team Tyloo is about to beat the major finalists from EU Ence in a few hours. EZ 😎
2019-12-19 23:31
2 replies
#109

MorsAlbum
Imagine winning 2-0 with a standin then getting raped as full roster. The fact people still somehow consider eg a top5 tier 1 team is beyond me Edit: that map 2 was the most disgusting map I've seen from any excuse of a top team. They did the same shit on nuke Vs grayhound a while back after losing the first few rounds
2019-12-19 22:11
2 replies
#23

MorsAlbum
nah, eg didnt even play that bad in this match its just that mouz were all fucking playing insane and reading the game perfectly that map on mirage was pure tiltshit running in like retards every round 1 by 1 across the map and dying, when at 1-5 or 1-7 they should have known theyre not "better" and can just run and shoot
2019-12-20 21:21
#17
NiKo |

_KaSmA^
Sanji has so much impact that it’s unbelievable This team can perform, they just need to get more consistency Jame played like shit on this event
2019-12-20 06:00
#30
ropz |

CoffinDancer
EG bad team, they has pretty readable playstyle with fast rounds, every team that watched their demos will ez win against them, they cant adapt cuz Stanislaw is bad igl
2019-12-19 22:18
#31
slug |

sometime2
I think they're more structured than NaVi Heroic should be ez stomp, then Zywoo and 4 living baits just ban dust2 or maybe even nuke and they should have some real chances #GOFORZE
2019-12-19 22:23
4 replies
#45

BIGGEST_FORZE_FAN
Fast but still good analytics +1 But Heroic actually can upset forZe on Nuke/Inferno, that is what i'm afraid of. And Vitality with removing Dust2 should be real ez stomp EZ44ZE B)
2019-12-19 22:26
2 replies
#50

sometime2
Yeah i always thought Nuke is by far most dangerous map to play against forZe but for now i think it's mirage I think Heroic don't stand any chances on Inferno i think lost vs VP was just small choke but yeah nuke could be really interesting map to see with many overtimes
2019-12-19 22:30
1 reply
#53

postwarscars
Clearly Stan told his team they'd rather play Navi than Heroic. 2 million IQ logic play. No but seriously what the actual fuck was this match?
2019-12-19 22:29
#51
chrisJ |

DELUSIONAL_EliGE_FAN
crush > brehze LMFAO BREHZE MALDING RN actually makes sense tho in a way, crush made room for cerq to shine more by running in first and doing bitch roles while brehze is just an average rifler without being able to buy krieg every round and isnt willing to make room for cerq
2019-12-20 00:58
5 replies
#84
Boombl4 |

DELUSIONAL_EliGE_FAN
makes a lot of sense. egs best performances almost always came when cerq was absolutely electric. that quad ot win vs astralis on train for example happened because cerq was clutching 1vXs all over the place and made massively impactful frags. if u let cerq off the chains of making room for brehze and rather have someone make room for cerq to get trades and get more impact frags as a result, theres really no team that can stop him. its kinda like electronic+s1mple on navi when theyre on fire just a shame cerq plays on eg, if he was on liquid they would actually be so much better and can go 50/50 with astralis rather than losing 80% of the time. also cerq has some of the best movement ive ever seen, reminds me of jw
2019-12-20 01:29
3 replies
#93
Twistzz |

BigDongSchlong
Delusion CeRq fantasy. You ever watch Astralis play vs top tier awpers? They don’t let them get into the game due to their utility usage and strats. A tier 2 awper like CeRq would get fucked 9/10 times
2019-12-20 04:15
2 replies
#98
EliGE |

DELUSIONAL_EliGE_FAN
everything checks out nt geng fangay did you watch the major by any chance? esl one new york? im not saying cerq is this s1mple level consistent carry but he is definitely a tier 1 awper and will be top 20 this year at least. he has insane impact and is why they were even able to beat astralis in 3 bo3s
2019-12-20 04:50
1 reply
#110
Boombl4 |