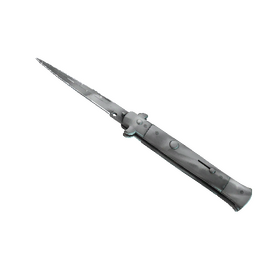 steel: "We need to focus on playing a beautiful style of CS"

We spoke to Lucas "⁠steel⁠" Lopes and Alejandro "⁠mopoz⁠" Fernández-Quejo Cano after their exit from the Champions Cup Finals to discuss their performance at the event and the team's progress since its roster changes.

Movistar Riders ended the tournament in 5-6th place after falling to ENCE in Group A's decider match. Despite the early exit, Movistar Riders showed promising signs after picking up an opening match victory over ENCE, as well as pushing FURIA far in a two-map series before getting eliminated in a rematch versus ENCE.

steel and mopoz are confident in Movistar Riders' future

The Spanish and Brazilian players opened up about the Riders' tournament run, their packed event schedule, and the implementation of steel's Brazilian style into the Spaniards' system, among other topics.

The Champions Cup Finals is one of the biggest events you’ve attended, especially in terms of prize pool. What was the team’s mindset and preparation like coming into the tournament?

steel: What I tried to tell the team is that we need to focus on playing a beautiful style of CS, where the results are a consequence of playing well and because of that I don't put my focus on, for example, being first, second or third, or winning against some kind of team. We need to focus on ourselves and playing good CS and good results will come sooner or later.

mopoz: As Lucas (steel) said, he just tries everything to make us feel comfortable in the game and to not feel any pressure when we are playing, He tells us to be positive ourselves and the best will come from us.

Movistar Riders performed brilliantly in the opening game against ENCE, but you were beaten 0-2 by FURIA in the winners’ match. How do you keep the spirits high in the team after going from such a great win to an unfortunate loss?

steel: To be honest, we don't need to do anything to keep the spirit high because it's just natural for the team. I don't need to keep giving motivational speeches or anything like that. We lost, but it was fine because we were still in the tournament and we lost playing super well. FURIA just played better in that series and because of that, the coach and I didn't need to say anything as everyone was happy with the performance.

In your 0-2 defeat to ENCE in the decider match, you were beaten on Overpass despite having won convincingly on the map previously in the opening match of the event. What went wrong this time around?

mopoz: I really think on Overpass, most of the mistakes were my fault because they were giving us a lot of space at Monster on B when we were on T side. I needed to tell our in-game leader, Lucas (steel), that we had space there and we could have got more rounds on B from that. I think overall I could have done better.

Overall, how would you describe your tournament performance? Are you disappointed, satisfied...

steel: Yeah, we are satisfied, I think on the first day we played really well, but on the second day we could have done a bit better. For the whole tournament, I think it was a great experience, we are still a new team, and, as other in-game leaders usually say: I think this is the process. We can become a great team and I think we are on the right path. It was the biggest international event we played - also DreamHack Open Sevilla, which was great as well; but it's the process and we have to take it step by step. This was our second big LAN, and on the third one, maybe we will take down a few tier 1 teams, win some best-of-threes, and become even better.

Talking about this being a new team, you came into the team in mid-October alongside loWel as the team’s new in-game leader. What do you think you have brought to the team from your experiences leading the likes of Luminosity and Immortals in the past? Would you say you have changed the system a lot since coming in?

steel: Yes and no. I, personally, bring a style where my players play looser, but not too much. At first contact, I knew the European style was better than my style and because of that, we began to create a team based around Riders' strats and game style with small details of my game that I brought from the Brazil.

steel: Yeah, a mix together! But most of it is the European style and the style they already had and I just added bit more freedom in certain rounds, stuff like that. But generally, we are playing with more of a European approach with a bit of my Brazilian style.

And mopoz, from your point of view, what was it like when steel first came into the team?

mopoz: When steel first joined the team, he wanted to lead the game with a Brazilian style that was fast, but we are not used to playing in that way. We couldn't keep up with the fast pace.

steel: Yeah, that's a good point. When I joined, they were such a structured team and I thought this is super great because it means fewer things can go wrong. My side of playing was super explosive and fast and putting all of this together is us now.

You are currently competing in the WESG 2019 Central Europe & Iberia closed qualifier and have had to play some matches while you’re here at the Champions Cup Finals in your spare time. How do you deal with the stresses of a packed schedule?

steel: Well, personally, I feel it more than the Europeans because I am not used to playing so many tournaments against so many great teams and because of that, I feel it physically and mentally; at the end of the day, I'm super tired and all that stuff and they are ready to play again. Unfortunately, it has to happen if you want to get to the tier 1 teams and to the point where you can receive invites and move past the point where you have to play all the open qualifiers and all the closed qualifiers. Eventually, we will get invites because we will have good results from these events.

Lastly, it’s coming up to the end of the year, are you pleased with where the team is at or is there still a lot to come? What can we expect from Riders in 2020?

mopoz: We are really happy with where we are right now, we are getting experience and that is the most important thing at the moment. Everyone wants to get more invites to tournaments so we can show the world that Spain is on the CS:GO map.

We can show the world that Spain is on the CS:GO map.
Alejandro "⁠mopoz⁠" Fernández-Quejo Cano

steel: Yeah, you can expect great things in the new year. As I said, I think we are on the right path, we are playing a lot of tournament to get the experience we need and we work super hard; we have all the things we need in this organisation, and yeah, you can expect a great team. We are on the right path and we're going to get there, I'm so confident for the next year and it's going to be awesome for Riders. Camasa
He appears in essential situations, but its true that he has some nonsense plays in delicate moments that dont usually work, mopoz has the aggressiveness of fer with the skill of allu
2019-12-22 03:15
#11

Karlogaria
That's a different way to see beauty, valid nonetheless. For me, beauty in CS would be a something compared to Ronaldinho Gaucho's great plays in Barcelona, for example (visually appealing and efficient in some way). Astralis CS, for me, is better compared to 2014 German National Team soccer, not necessarily the most charming, but the most efficient and team based. I went far in this comparison, but it's not hard to get the point...
2019-12-22 06:26
#73
Don't Cry |

ShamanroyfromAVA
beautiful style of cs??? Like wtf are those geeks smoking? We are not talking about football, basketball, american football. How is there a beautiful style of cs?! Always the same smoke, same flashbang, good teamwork and hitting the heads, there is no room for beauty. Coaches in CSGO are so or the biggest jokes outside. Acting like they football, basketball or american football coaches were you a different playstyle, tactical approach and schemes. Especially american football, ridiculous amount to learn about playcalls etc..
2019-12-22 03:10
7 replies
#60

baitlof
isnt that the beauty? the game is washed up but the beauty lies in "perfect cs". good nade setups. perfectly timed executions. crisp aim. fast trades. its all about the details and mr will never play "beautifulcs". incompetent players.
2019-12-22 08:46
5 replies
#69

ShamanroyfromAVA
there is nothing like tier 5 professionals. They are all professional. surely they have atleast wasted 6-7k hour of their life in to this game. They should all have the mechanic, muscle memory in their mind and body.
2019-12-22 14:47
2 replies
#76

f0xes`
People calling steel a legend are probably the same people who root for the worst teams in sports because they are relatable to their shortcomings/failures. Steel is a legend of being a mediocre journeyman player who is expendable by every team he's ever been on.
2019-12-22 18:38
Login or register to add your comment to the discussion.