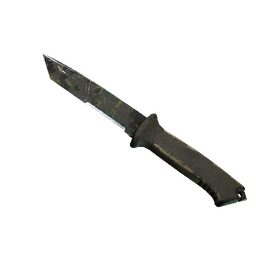 With the tournament season now over, we present you our list of the Exceptionally Valuable Players (EVPs) of the last four Big Events of 2019, from the ECS Season 8 Finals through EPICENTER.

The ECS Season 8 Finals, in Arlington, marked the beginning of the last stretch of the event season. The eight-team tournament culminated with a dream final between Astralis and Liquid, with the Danes running out 2-1 victors to collect the grand prize of $225,000. Nicolai "⁠device⁠" Reedtz won a record 15th MVP award for his heroics in Texas, with this being his fourth medal to come from ECS tournaments. Both Astralis and Liquid provided three players to the tournament's six-man EVP list.

The two ECS finalists would fall short at the ESL Pro League Season 10 Finals, where fnatic and mousesports contested the final. After watching his team cruise to a 3-0 series victory, Robin "⁠ropz⁠" Kool picked up his first-ever MVP medal, with three of the Estonian's teammates also featuring on the list of the tournament's top performers. The event in Odense would be the last time the 2018 player of the year, Aleksandr "⁠s1mple⁠" Kostyliev, would make an EVP list. The Natus Vincere star ended 2019 with one MVP, from StarSeries i-League Season 7, and five EVP presences.

The four-team BLAST Pro Series Global Final rekindled the rivalry between Astralis and Liquid, though the outcome was the same as it had been in Arlington as the Danes came out victorious. This time around, it was Peter "⁠dupreeh⁠" Rasmussen who was named the MVP, with his team also providing three of the five EVPs. The tournament in Riffa was the 12th this year in which Jonathan "⁠EliGE⁠" Jablonowski was either the MVP or among the EVPs.

EPICENTER saw Cédric "⁠RpK⁠" Guipouy earn his first EVP mention since we began revealing our picks for every Big Event, at the start of 2018. The 30-year-old was the third standout player from Moscow champions Vitality, together with MVP Mathieu "⁠ZywOo⁠" Herbaut and with team captain Alex "⁠ALEX⁠" McMeekin, with losing finalist mousesports providing two names to the EVP list.

Below you can find all the Exceptionally Valuable Players of the four Big Events that took place in December:

NotSoFanaticGuy
You are, unfortunately my sir, a hopless case. I did our best to help you but that is it. Your addiction to bad baits has already reached a level that there is no coming back. -NotSoFnaticGuy from Bad Bait Prevention Community of HLTV (BBPCH)
2019-12-26 20:39
#13

na_propagandist
Just looking at this end of year sample you couldn't be blamed for thinking Elige and Magisk were the best players this year. Good way to end it individually I suppose.
2019-12-26 01:05
1 reply
#87
RUSH |

Vkims
that amazes me how he has so many more evps but electronic still has rating so much higher. Doesnt make any sense but yeah. I would go with electronic although not all the number are backing it
2019-12-26 04:50
7 replies
#73

HLTV_OFFICIAL_WEEB
It means Magisk's team made deeper runs into tournaments more than electronic's. This means that Magisk performed against better teams more often than electronic, and did well as well. Same goes for NAF over electronic.
2019-12-26 05:57
6 replies
#91

HLTV_OFFICIAL_WEEB
Not specifically the team making deeper runs. He is playing against better opponents more often than electronic, which also helps his case.
2019-12-26 10:01
1 reply
#108

Trkmag
He has 0.05 worse rating than electronic vs top 10 teams and 0.01 vs top 5 teams. But then again, he played a lot more maps against them. Just wanted to point out that electronic always did just as well as Magisk when he was pitted vs top teams, just that NaVi wasn’t good enough to face them as much.
2019-12-26 11:30
#109

Greta_Achtungberg
I think two is the minimum, otherwise dreamhack open rotterdam would also have an mvp as there was one top10 team there
2019-12-26 14:10
#38

vellabrown
how is EVPs awarded? look at EPL S10, the outright winner has MVP and 2 EVPs, the runner-up has 2 EVPs, a semifinalist has 3 EVPs, while another semifinalist has only 1 EVP. not mentioning that a 5-6 place team even has 1 EVP. so, how come a team with 3 EVPs eliminated by a team with 2 EVPs?
2019-12-30 03:44
Login or register to add your comment to the discussion.