LDLC are set to revamp their roster with Christophe "⁠SIXER⁠" Xia being the only player to remain on board as Vincent "⁠Happy⁠" Schopenhauer is to depart the roster per a 1.pv.fr report.

LDLC have been struggling since the departures of Alex "⁠ALEX⁠" McMeekin and François "⁠AmaNEk⁠" Delaunay late in 2018, with the core of Happy, SIXER and Engin "⁠MAJ3R⁠" Küpeli—who has already announced he will be returning to a Turkish lineup—unable to piece together a competitive quintet in 2019. Happy to no longer don the LDLC jersey

A carroussel of players came and went through LDLC in 2019, including the likes of Alexandre "⁠xms⁠" Forté, Valentin "⁠mistou⁠" Balbastro, Flatron "⁠juanflatroo⁠" Halimi, Guy "⁠anarkez⁠" Trachtman, Simon "⁠tabz⁠" Feldt, or Gaëtan "⁠JiNKZ⁠" Jamin among others who unsuccessfully joined and left the team before it disbanded at the end of the year after losing the French Championnat National to TheDice.

Lambert "⁠Lambert⁠" Prigent is said to have the keys to the new project, according to 1.pv.fr, who would bring on Ali "⁠hAdji⁠" Haïnouss and Logan "⁠LOGAN⁠" Corti to the team, where SIXER will be waiting as the only player left from last year's iteration. Joining the quartet would be newcomer Kilian "Gringo" Garcia on trial.

The change to the CS:GO team comes as LDLC recently revamped their esports project thanks to an alliance with Olympique Lyonnais, one of the biggest football clubs in France.

Were the report to be confirmed, LDLC would be: meistr0
Davidp & Devo play with JeyN, Maka, Kio or Lucky ever again? Nah bro. JeyN is back in Heretics, he replaced Devoduvek. Also he tweeted this out: twitter.com/jeyNCSGO/status/121383477276.. At the same day Davidp tweeted out that him and Devoduvek is gonna keep the Mountain Dew League spot. EDIT: This is the current team that Devo and Davidp is playing with: play.esea.net/teams/124429
2020-01-08 17:55
#208
captainMo |

BuioCS
hmm i'm not so sure about davidp and devo so my roster for it would be misutaa NiverA Kyojin Python DavidP ex6tenz(coach) devoduvek isnt that good of a fragger and it is an academy team so it should have young up-and-comers, and one experienced guy to lead the way
2020-01-08 18:35
1 reply
#185
valde |

D0xx
Finally fucking dumping this clown from LDLC about time I've always loved LDLC and hope they can at least show up to one tier 4 at some point this year and sign Nivera pls
2020-01-08 15:34
2 replies
#113

0_iq_take
If I understand correctly many people dont like him in the french scene because when he was at his peak he was very controlling, kicking players all the time and forcing new talents to bait for him.
2020-01-08 16:17
#95
RpK |

pawbeast
Idiot organisation taking 28 year old Lambert instead of for example Nivera.This org is shit anyway so they can give chance to youngsters
2020-01-08 16:13
1 reply
#121
DEVIL |

Blitzer
"LDLC recently revamped their esports project thanks to an alliance with Olympique Lyonnais, one of the biggest football clubs in France." "Lambert "Lambert" Prigent is said to have the keys to the new project" "oining the quartet would be newcomer Kilian "Gringo" Garcia on trial." ---------------- I do not know where to start if you made an alliance with such a strong team you would expect a good investment... right? but in the end they put a guy who never achieved anything relevant ahead of the project, and worse , he will be the igl of the team a player who has barely touched the game in the last 3 years to finish the fifth player will be some random dude jesus christ
2020-01-08 16:33
#126

KinglyFish
The French scene would be dogshit without Happy. You'd probably have no majors if it weren't for Happy, MVP of the first major, saved nV against G2 in cluj napoca and bascically second MVP after kennyS.
2020-01-08 16:57
#139

_SCHNEIDER_
Still remember the clip of happy crying after LDLC lost to fnatic on overpass because of olofboost. What an iconic moment. Catchya happy
2020-01-09 07:29
#231

FreakingPikachu
hahahaha
2020-01-13 14:55
Login or register to add your comment to the discussion. 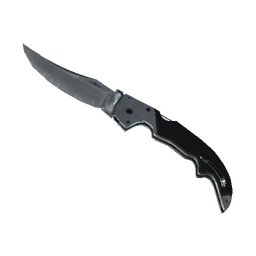