Singularity have announced the signing of a Danish roster, as first reported by Dust2.dk, headlined by former Heroic and North member Daniel "⁠mertz⁠" Mertz.

The signing marks mertz's return to active play after he was benched from Heroic in May 2019. During his time on the bench, mertz took part in a small number of online qualifiers and events in mix-teams while awaiting his release from Heroic, which came in November.

Singularity are now left with two different rosters, one residing in North America with a spot in ESL Pro League and the second being their new composition in Denmark. In a tweet, the organization clarified that "both teams are active, representing Singularity and receiving support." mertz has made his return on a Danish Singularity project

The Danish Singularity composition debuted earlier in the month when taking part in the European qualifiers for IEM Katowice 2020 under the tag water gamers, managing to take down HellRaisers and Secret before ultimately falling to Hard Legion. AnalyticalGenius
Lmfao. Not at all. I don’t Think you follow The Danish scene. Torben is a great IGL. Has peaked at 22th in The World. Toft is honestly Stavn 2.0. Kwezz was in talk with the old OpTic, surely a rising Star. Kir is pretty decent. Lucky is in the Wave of upcoming top tier Danish awpers alongside Farlig, and Hectoz. Both teams has Top 30 potential within The next year tho’ But i’m sure Singularity needs a swap or two to get there. Tobiz is not a great IGL, and Jabbi is fairly overrated.
2020-01-14 23:35
23 replies
#48
J1rah |

AnalyticalGenius
I know. All these wack ass “analytical” guys both on HLTV and different events doesn’t even have half of my knowledge. I know every Big scene from tier one to tier ten.
2020-01-15 00:22
4 replies
#71
sergej |

loomeh
Lol you're a moron Just because his opinion differs from yours means he doesn't follow the danish scene...kappa What you posted are matters of opinion, not fact. Also, being in talks with an org doesn't make someone a "rising star" ROFL.
2020-01-15 01:48
2 replies
#97
TooSmart |

AnalyticalGenius
He was even on tryout. Did well. Played a Lan with them. Thats what i mean. The only reason he never joined was due to OpTic being sold. Again. You’re a perfect example of my statement. Someone who Speaks about things he doesn’t know about.
2020-01-15 02:44
1 reply
#142
valde |

DaDoar
WHY DO THEY KEEP REFREZH IN LIMBO THAT GUY IS LEGIT SO GOOD BUT INSTEAD TEMAS PICK FUCKING TOBIZ REEEEEEEEEEEEE
2020-01-14 23:29
3 replies
#55

na_propagandist
I'm sure his buyout is super expensive. And by super expensive I mean why don't you backpay his salary and we'll off load him to you. Let's be real. Optic/Immortals know they aren't getting anything for any of those boys. Konfig was the only one with any real value. MSL is just Danish Daps and the rest are terrible.
2020-01-15 00:31
1 reply
#73

send_your_nudes
He doesnt have to be super expensive to keep teams like these from wanting to pay whatever buyout he has especially knowing that a guy like refrezh is probably aiming higher than this and wouldnt want to stay with them for the long run. I have no idea about their buyout, but i would be very surprised if MSL and niko doesnt get picked up as soon as they're free agents. Adding both of them to a team like north instead of jugi and gade/cajunb would be a massive improvements.
2020-01-15 00:43
#17

Nohte - HLTV.org
Doesn't say this anywhere afaik, please link because I looked. Not to mention the organization directly stated that they would support both teams - the rest is speculation on your part. Saying they "let go" of the NA team is just wrong, which is what your original comment stated.
2020-01-14 23:45
2 replies
#51
Luken |

stotte
The Danish team will probably compete in EU and the NA one in NA. I am pretty sure its against the rules to have two teams competing in the same league. And NA does not have alot of leagues outside of ESEA to compete in unlike EU
2020-01-15 00:49
#23

krezjj
you are right, absolutely right. But, in my opinion, qualified to a big event for them is better than relying the money from sponsorship to pay your players.
2020-01-15 14:05
1 reply
#160

reidan
all orgs rely on sponsors, it's their biggest revenue source. in most orgs it makes up between 80% and 90% of their revenue. they usually only take around 20% of the prizemoney, the players get 80% of it. qualifying for big events is important, but not for the prizemoney, it helps them with getting more/bigger sponsors.
2020-01-15 19:38
#118
tabseN |

DanishDelight
Maybe other countries should try to invest more in their cs-scene and give young players a platform, instead of being jealous turds
2020-01-15 19:56
#135
smooya | 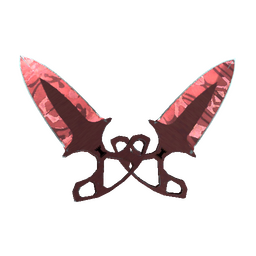