Andreas "⁠Xyp9x⁠" Højsleth and Jonathan "⁠EliGE⁠" Jablonowski have been elected Chairman and Vice-Chairman of the Counter-Strike Professional Players' Association (CSPPA), it has been announced.

The news of the election was revealed in a press release published by the CSPPA, which added that the seven members of the board of players took part in the voting process.

Additionally, Mads Øland has been named the CEO of the CSPPA after working for the association for a year on a part-time, voluntary basis, while Michael Døi has been hired as COO. The appointment of Mr. Øland as CEO comes just days after he resigned as Director of the Danish Football Players’ Association, a position he had held for 23 years. Xyp9x is the active Chairman of the CSPPA

Xyp9x was heavily involved in the creation of the CSPPA in 2018 together with community figure Scott "⁠SirScoots⁠" Smith. Last week, the association made headlines after it reached an agreement with ESL and DreamHack for the participation of players in the ESL Pro Tour, the new global event circuit that will launch later this week at DreamHack Open Leipzig.

“I am very honored to have been chosen by my colleagues on the CSPPA board as the Chairman of the board," Xyp9x said in a statement.

"Excited to take on the tasks of helping that kid signing his first contract as well as making structural changes that benefit the players and the ecosystem of CS:GO as a whole."

Nathan "⁠NBK-⁠" Schmitt, Tarik "⁠tarik⁠" Celik, Epitacio "⁠TACO⁠" de Melo, Chris "⁠chrisJ⁠" de Jong and Jordan "⁠n0thing⁠" Gilbert are the other members of the board of players, which has remained unaltered since the CSPPA was formed. In August 2019, Sean "⁠seang@res⁠" Gares was employed as a player advisor, while at the start of this year, Louise Kwang joined the team as an Executive Assistant.

The CSPPA was formed with the goal of becoming "the collective voice of the players in CS:GO and an important stakeholder in the industry". At the time of launch, the union had around 90 players, but the current number of members is unknown. cwllwch
it's basically a union. They sort things like the player's vacation out, aside from protecting newcomers from abusive employment practices.
2020-01-21 16:23
#12
nexa |

N0Love
Show me what rules say I can't be a fan of Astralis as a team and how they play my favourite game of all time and at the same time be critic with themselves as an org? I don't like the Blast Pro Series so far (although they can change formats I'm not a hater) and I don't like how Nikolaj Nyholm has handled the relationship between Astralis and the Blast last year. And yes, I know they splitted up in paper so they can shut Valve and the media up about conflict of interest but it doesn't matter if they separate 1 company into 2 if money belongs to the same people and overall decisions are taken by the same guys. You can literally still track the connections between Nikolaj, the Blast and Astralis to this day in Danish trade market data and records since they make public a lot of stuff other countries don't. It's all in a video Richard Lewis made after the news of them splitting up. Again, I'm not a Blast hater, just not a fan of what they've done so far. And that doesn't make me less Astralis fan tbh
2020-01-21 10:08
1 reply
#165
device |

YEKINDARisUnderrated
Basically, if a tournament organiser or team organisation (or even Valve) does something which the players consider to be unfair, the CSPPA allows them to do something about it.
2020-01-20 23:26
2 replies
#87

zorglubx
This can only be a good thing for players overall. Proud to see my countrymen take this responsibility, and help create a better environment for new players too. I hope they get some cloud, and will be able to influence things to the better for everyone.
2020-01-20 22:56
3 replies
#53
REZ |

sighteyed
no they are going to make sure that all players, even brand new pros get paid way more than they should, and also are going to make it so teams dont have to attend as many tournaments bc they are always saying how they feel "overworked". So basically this union will make the lives of pros more lucrative while allowing them to do less for the spectators.
2020-01-20 23:43
1 reply
#158

PsychoLogical
players union. This was likely due to the aftermath of the PEA controversy where the PEA attempted to make a pro league exclusive to NA but with a catch: any team signing up are banned from participating in other leagues like EPL. This was also the reason why TSM dropped out of csgo, they were the main perpetrator of the scandal.
2020-01-20 23:34
#82
sh1ro |

Its_okay_to_be_Gade
Xyp9x will regulate the nVidia Smoke Hack usage and cancel private subscription for unliked ones
2020-01-20 23:30
#85

_SCHNEIDER_
Great idea. Promising to see the CS scene becoming more professional. Xyp seems like a bloke with a great temperament for this position
2020-01-21 00:45
#113

Endaldo_Pereira
Unions are not a bad thing in themselves. As long as they don't create barriers for new upcoming players that are not unionized its all good.
2020-01-21 01:27
#116
somebody |

Captain_Obvious
Pretty sure it's to prevent amateur teams from being taken advantage of. As many current pro players probably have had a negative experience with an organization regarding payment.
2020-01-21 06:34
#140
cadiaN |

MRFREAK
Noooo!!!! Mads Øland has ruined so much during conflicts in the danish football scene between the pro player base and the clubs... why the hell has he been chosen as CEO? He's the worst person for the job. He has no sense of reality when shit hits the fan.
2020-01-21 06:48
#146

GuardianC4
why there are no representatives of asia and cis, there must be representative of each region imo. also why there are no guys like forest and neo, people who have been there since the beginning and have enormous experience in everything related to cs.
2020-01-21 09:32
#159
Magisk |

flapdur
I imagine CSPPA will try and influence the tournament calender, so they are not so close together in time and far apart in distance. Jet lag was a problem for many teams this season.
2020-01-21 15:16
#176
Twistzz |

FLXG
It's funny because the relationship between the community and players is so superficial I can't imagine these guys being called "chairmen" even for a second
2020-01-22 22:59
1 reply
#197 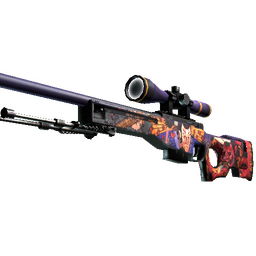