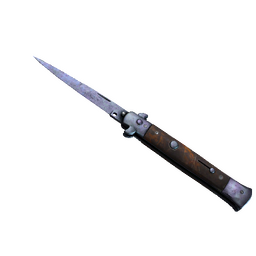 felps returns to MIBR bench as TeamOne loan is terminated

João "⁠felps⁠" Vasconcellos has announced that he is no longer playing for TeamOne after joining the team on loan at the start of the year.

felps initially linked up with TeamOne in early January with the intention to play in the Brazilian open qualifier for WESG Latin America and the North American division of ESEA MDL Season 33, but due to a starting date delay for the latter event, the team only participated in the qualifiers for the former.

Although it was initially reported that TeamOne would utilize David "⁠dav1d⁠" Tapia Maldonado as their fifth player, the team instead opted to play with Matheus "⁠pesadelo⁠" Panisset in their WESG qualifier bid due to a language barrier with the Chilean player, managing to secure qualification to the regional closed qualifier. felps will return to the MIBR bench

There, the team notched a victory over Imperial in their opening matchup, but ultimately conceded a 1-2 loss to Lincoln "⁠fnx⁠" Lau's RED Canids to miss out on a chance at qualifying to the WESG 2019 Brazil Finals. felps still maintained a strong individual level throughout, averaging a 1.39 rating over the seven maps that the team played.

With the departure of felps, TeamOne are left with: gsraposo
he ruined his career, was having much success in sk then left because couldn't deal with the pressure, team wasn't even losing for him to make this decision
2020-02-01 01:25
3 replies
#54
malta |

ReservoirDogs
He needs to look for a team of adults, not with people who think that shyness is a defect. Shyness gets lost over time, but fake people will always be fake, no matter how many years pass.
2020-01-31 22:59
#45